Nashville Season 5 Cancelled by ABC: Hayden Panettiere Back To Rehab for Postpartum Depression 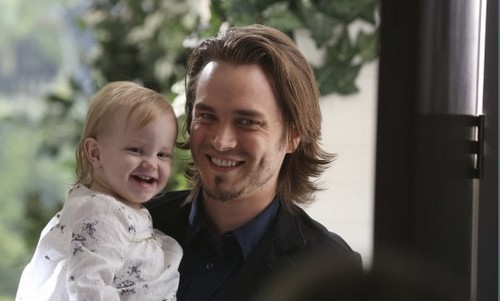 ABC has officially cancelled Nashville, there will not be a Nashville Season 5 of the primetime country music drama. Coincidentally, or not, the star of the show, Hayden Panettiere checked back into rehab for postpartum depression today.

Nashville has some devoted fans – the problem is that there aren’t too many of them that tune in to the show. Ratings for Nashville have been bleak for the past two seasons, but the network held on to the show in hopes of making some extra revenue off from their original songs.

The cancellation of Nashville doesn’t come as a huge shocker, the ratings have been sinking for quite a while. In all actuality, Nashville fans were shocked when ABC announced that there would be a Season 4 last year, Season 5 would have definitely been pushing it.

TV Line reported on Thursday May 12, “And just like that, the ballad of Rayna and Deacon is done: ABC has cancelled Nashville. Season 5 would have found the country-music drama under the leadership of new showrunners: thirtysomething‘s Marshall Herskovitz and Ed Zwick were set to replace Dee Johnson, who was stepping down from the role.”

Of course, the decision to cancel the show may also have something to do with the frontrunner Hayden Panettiere’s personal issues. The young star plays the Nashville lead Juliette Barnes, but she recently gave birth to her first child, and earlier this year she checked in to rehab for postpartum depression.

Ironically, within the same hour as news breaking of Nashville’s cancellation, it was revealed that Hayden Panettiere has checked back in rehab for her depression.

General Hospital fans will be disappointed as well since they enjoyed watching Jonathan Jackson play Avery – Jonathan was a favorite on GH in his role as Lucky Spencer.

The Nashville Season 4 finale is set to air on Wednesday, May 25, and will now be the series finale. So Nashville fans, are you shocked by the show’s cancellation? Or do you think it was about time ABC put the country music drama of its misery?

Share your thoughts in the comments below and hurry back to CDL for all your Nashville news, recaps and spoilers.