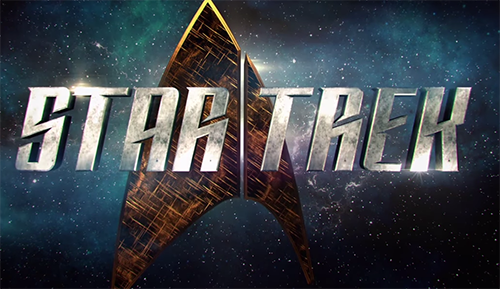 Has Nathan Fillion been cast as the newest ‘Star Trek’ captain? Fans are rallying CBS to bring the former ‘Castle’ actor to the redesigned series set to premiere in 2017. No casting announcements have been released yet. CBS just released the new logo and the teaser trailer. That hasn’t stopped Trekkies from starting write-in and call-in campaigns to the network to put Nathan in the captain’s seat.

Scifi Obsession Blog started rallying ‘Star Trek’ fans asking them to write or call CBS and “make your voices heard.” The blurb is then followed with the address and phone number to contact the network.

All CBS has released at this time is the teaser trailer. The upfront presentation took place at Carnegie Hall on Wednesday, May 18. A voice over says, “CBS presents a new adventure.” The trailer then takes fans zooming through a galaxy far, far away – or maybe closer than we think?

If Nathan Fillion has been cast as the new captain, then that would explain the abrupt cancellation of ‘Castle.’ Viewers had already been hit with the news that Stana Katic had been fired and TPTB would kill off her character Kate Beckett. Even after that shocker, Nathan said he was certain that the show would be renewed.

Viewers expected that Rick Castle would avenge Kate’s death during season 9 of the ABC drama. But nope, the show’s cancellation was announced and the series finale aired on May 16. Coincidence that CBS put out the ‘Star Trek’ teaser trailer two days later?

Trekkies have varying opinions regarding Nathan being cast to fill the captain’s seat. One thinks the actor would be a perfect fit because he’s handsome, charismatic, self-assured and determined. “CBS…don’t be foolish…sign this guy up!!!” the enthusiastic fan begs.

Yet another believes Nathan isn’t the right guy for the job. Hey, nothing against Nathan, but all this view has seen the actor portray is characters with a cutesy-cocky humor shtick. “Can’t we get one show with characters that take themselves seriously?” the blogger follower asks.

What do ‘Castle’ viewers think? Do they just want the network to reverse its decision to cancel the long-running show or would they like to see Nathan Fillion take the captain’s chair in the new CBS ‘Star Trek’ series?