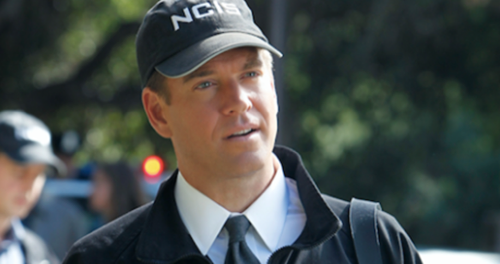 Tonight on CBS NCIS returns with an all new Tuesday, May 17 season 13 finale called, “Family First” and we have your weekly recap below. On tonight’s episode, season 13 ends with NCIS, the FBI and MI6 engaging in an international manhunt.

On the last episode, the NCIS team, alongside the FBI and MI6, continued an international manhunt for an escaped British spy who had left one colleague fighting for their life in ICU. Did you watch the last episode? If you missed it, we have a full and detailed recap right here for you.

On tonight’s episode as per the CBS synopsis, “season 13 ends with NCIS, the FBI and MI6 engaging in an international manhunt for an escaped British spy who is targeting current and former agents.”

Tonight’s episode looks like it is going to be great and you won’t want to miss it, so be sure to tune in for our live coverage of CBS’s NCIS at 8:00 PM EST! While you wait for our recap hit the comments and let us know how excited you are for the season 13 finale.

The fire at the late Eli David’s home had set everyone into a panic. However, no one was more affected by the news than DiNozzo. DiNozzo had wanted to know if Ziva had survived the fire and therefore he later didn’t hesitate when NCIS received word that a survivor had been pull from the wreckage on tonight’s episode of “NCIS”. He just told Gibbs that he had to go to Tel Aviv and Gibbs understood that DiNozzo needed to see for himself whether or not the survivor was their Ziva.

But before DiNozzo could even finish packing his bag, both the Director and SAS agent had heard back from Tel Aviv. The men had come by NCIS headquarters because they had wanted to deliver the news in person however it wasn’t good. Ziva had apparently died in the fire so it looks like Kort did manage to get to her. And with Ziva already declared dead by their allies, several of DiNozzo knew that they had to be the ones to break the news to him before he found out what happened from anyone else.

Only DiNozzo didn’t know how to handle the news. He had tried to pretend that he was angry because Ziva had been one of them, but Gibbs knew differently and he told DiNozzo to go home. If he didn’t go willingly then Gibbs threatened to permanently send him home. So DiNozzo ultimately chose to go home rather than risk losing job.

Yet, he later came back when the Director asked to speak with him. Apparently Mossad Director Elbaz had come to the states to express her condolences over Ziva and it seems she had traveled all that way because she wanted to hand Tali over to her father. Tali was Ziva’s daughter and it turns out that she had been the survivor pulled from the wreckage though the reason Tali had to come to the states was because that’s where her father was.

Her father being DiNozzo!

So Tali clearly came as a surprise to DiNozzo. He had been assured that Ziva had said he was the only biological possibility yet he had wanted an explanation as to why Ziva hadn’t told him that she was pregnant. And he didn’t want to hear any second-hand excuses from Elbaz. Elbaz had tried to say that Ziva hadn’t wanted to go through life being dependent on anyone else and DiNozzo got that. Only he felt like he had deserved more from Ziva than that.

Though Tali, herself, proved to be a delight to everyone. The team had been ecstatic to hear about Ziva’s daughter and that the little girl had survived. So Tali ended up being the one thing that could make them all smile at such a time. And so the one person that was struggling with how to adapt to Tali’s presence was DiNozzo.

DiNozzo didn’t know how to be a dad, but he was trying. He had a near miss when he couldn’t understand what Tali was calling for. So he nearly caused the child to go into a full-blown tantrum because he hadn’t known the name of her stuffed dog. And he had beaten himself over that because he felt like Tali’s father should know what was her favorite toy was.

However, that was just the start. DiNozzo also struggled to get Tali to eat her breakfast even though she didn’t seem to be appreciative of his efforts. And it turns out that child proofing his apartment was just as much of a struggle as everything else. So DiNozzo was kind of happy to see Jimmy had come by. Jimmy was a father too and so he had a lot of advice.

And some of it made DiNozzo think about his future. DiNozzo had never thought about retiring from the NCIS however Jimmy pointed out that he was a father now. So that meant his daughter had to be part of his decisions and, as a single parent, he couldn’t exactly afford to continue with a dangerous job. Not when that could leave Tali an orphan.

So DiNozzo was in the middle of trying to figure out his future when McGee later called him with news on Kort. Kort it seems had stayed in the country and merely had one of his friends destroy Ziva’s house. But both Mossad and Kort’s former organization had no idea what he was planning. Or why he had stayed in the states despite the massive manhunt.

What mattered though was that they found Kort before he could use the nuclear launch information that he was trying to steal and that McGee had called DiNozzo in for the takedown. So when it came time for the final confrontation, it was agents from NCIS, FBI, and SAS that showed up to stop Kort and they admittedly all took shots of their own when Kort tried to grab his gun at the last minute. And therefore it’s unlikely anyone would look too closely at who exactly shot Kort first.

But with Kort gone and that chapter of his life over, DiNozzo had decided it was time to turn his papers. DiNozzo had realized that he couldn’t be the same man as he was before so he wanted to take Tali back to Israel for a while in order for them to say goodbye to Ziva. And afterwards he told Gibbs that he was going to take his little girl to Paris. Ziva had apparently loved Paris and so that’s where DiNozzo wanted to raise their daughter.

And although their goodbyes were bittersweet, the team understood why DiNozzo had to leave NCIS.