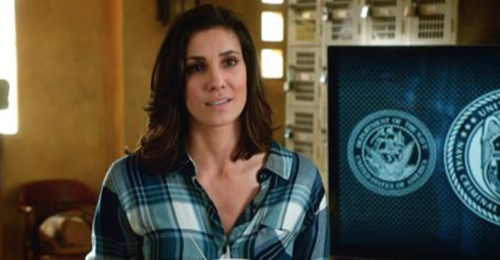 Tonight on CBS NCIS: Los Angeles returns with an all new Monday March 28, season 7 episode 20 called, “Seoul Man” and we have your weekly recap below. On tonight’s episode, the team members search for a North Korean spy when they are assigned to protective details for the commander of the Pacific Command.

On the last episode, Callen tried to connect with a boy who was in imminent danger and who had been brainwashed by a terrorist cell. Meanwhile, Deeks and Kensi discussed having children. Did you watch the last episode? If you missed it, we have a full and detailed recap right here for you.

On tonight’s episode as per the CBS synopsis, “while assigned to protective details for the commander of the Pacific Command, the team searches for a North Korean spy”

Tonight’s episode looks like it is going to be great and you won’t want to miss it, so be sure to tune in for our live coverage of CBS’s NCIS: Los Angeles at 10:00 PM EST! While you wait for our recap hit the comments and let us know how excited you are for the season 7 episode 20, what have been your favorite moments so far?

Tonight’s episode of NCIS Los Angeles kicks off with someone shredding documents, using a 3D printer to create some sort of plastic gun, and then printing out a ticket to Los Angeles online.

Sam and Callen show up to the office and find Deeks reorganizing Kensi’s desk and cleaning it. They warn Deeks that his girlfriend is not going to like it. He insists that Kensi is going to love it – he is just helping her declutter her life. Kensi arrives, and Sam and Callen were right, she is not happy about her new desk. She freaks out when she realizes that Deeks vacuumed up her fathers’ Marine Corp badge. Deeks digs it out of the mini vacuum cleaner.

Hetty and Granger arrive with a rack of suits – he says that the team is going on a personal security detail. They protest, that is not their job. Hetty explains that the Commander of the Pacific Command is coming to town. High-level NAVY officials are coming from Japan, Indonesia, South Korea, and Australie to discuss the new artificial islands in the South Sea.

Granger heads to the shooting rage, and has an awkward run-in with Gates. And, it turns out that Gates is a pretty impressive shot. Hetty interrupts, Granger wants to know is Gates is part of the security detail, but she says no. She is worried about Granger dealing with the Koreans. He reassures her that the “past is the past.” Meanwhile, Callen and Sam are getting briefed by the Commander’s security detail. He warns that the gig is actually pretty boring and they should go easy on the coffee if they don’t have good bladder control.

Meanwhile, DEeks and Kensi’s security details is a little more eventful. There are students from the Phillippines protesting the artificial islands and they are causing a ruckus. When the Commander arrives all hell breaks loose. They manage to get him inside safely. Deeks and Kensi spot a man in a suit with a gun and they tackle him and handcuff him.

Sung Ahn is the man’s name – and it turns out that he is from South Korea and he was doing recon work for the Commander from his country. His hand-gun is registered and his story backs up. Deeks and Kensi give Sung back his gun. He reveals that his team believes that his team believes someone from North Korea could be trying to take a hit out on the South Korean Commander at the big naval meeting.

Sam and Callen check in to their hotel – they video chat with Hetty and fill her in on Sung Ahn, they explain that there might be a North Korean mole in town with the South Korean team, preparing to take out their commander. Hetty apparently already knew about the mole, and it is pretty clear that they were put on the security detail to smoke out the mole. One of the South Korean security officers gets mysteriously ill (thanks to a bottle of Ipecac in the mini bar) and Sam volunteers to join the South Korean detail so that they have a man inside.

Kensi and Deeks are busy checking out a member of the South Korean security detail that is acting strange, Captain Kang. He leaves the security detail and wanders off and uses a pay phone. Kensi has Nell trace the call but it goes to a burner phone.

Eric calls Kensi and Deeks – they got a hit off from the website that the mole has been using to interact with people in North Korea. According to the website, the plan has been “activated.” But, the message was sent from the MDD missile air base. The mole might not even be in California to kill the South Korean Commander. He may have tagged along on the trip to get the missile base so that he can deactivate them.

The South Korea commander insists on going to a karaoke bar – Sam and the security detail has to tag along. Captain Kang is still acting strange, he excuses himself to the bathroom, Deeks follows him – but seems to have lost him. Kensi finds Kang in the ladies room instead of the men’s room. He says he didn’t realize and heads to the coat room where a woman passes him a hand gun. Deeks and Kensi chase Kang outside, but they lose him.

Granger finds the a woman that was in the bathroom – he thinks that she might have been meeting Kang. Her name is Dawn Amaro, they run a background check on her and learn that she is a pediatrics nurse from Pasadena – and she travelled to Korea last year.

Back in the interrogation room, she confesses that she knows Kang. She met him in Korea and she was helping him get his niece out of a sex trafficking ring. Dawn says Kang was acting strange, he gave her a burner phone so that she could call him, told her he left a gun for her under a park bench, and then he told her she was in danger. Just in case she is in danger, Deeks and Kensi stash Dawn in one of the hotel rooms they are staying in to make sure that she is safe.

The next morning Eric calls – he found Kang, he was caught on camera boarding a metro bus in downtown Los Angeles. Sam and Granger hit the streets, they follow Kang in to the Federal building. They try to arrest him, but he defects and tells the officer on hand that he can’t go back to South Korea because they are going to kill him.

Sam and Granger sit down with Kang at the Federal Building – he says that he was smuggled in to South Korea from North Korea when he was 17 years old with fake papers. He has been a mole in their navy ever since. He gives them 500 screen shots of missile codes on a tiny coin, he was supposed to be sending it back to North Korea – someone left it for him at the payphone in the hotel. Kang says that he has decided to defect now because he is in love with Dawn and wants to be with her.

Eric and Nell get to work – they trace the screenshots and learn that the flashdrive was created someone at the American missile base named David Murray, they get a warrant out for his arrest and the Marshalls are on it.

Dawn arrives at the Federal Building and she backs up Kang’s story –they are in love. Kang agrees to go back to the boatshed with Granger and Callen. As they are leaving the federal building, an agent from North Korea tries to shoot and kill Kang. But, Kang pulls out the plastic zip gun that he printed off and shoots and kills the agent. As they are getting in the car another SUV arrive with more men from North Korea trying to kill Kang – apparently they got word that he is trying to defect and they are not happy about it.

They hop in a security car and try to head to the boat shed – but another SUV follows them an opens fire. So far, Kang, Callen, Dawn, and Granger are safe – but their driver has been shot in the neck. Callen reaches over and drives the car until the SUV crashes. Granger and Callen hop out and another car full of Koreans arrives and opens fire. Luckily, Kensi and Deeks arrive at the last minute and help them take out the rest of the Koreans and get to safety.

Back at the boathouse, everyone seems to be getting their happy ending. The security agent that was shot is out of surgery and he is going to be okay. They learn that they took out five of the seven Korean sleeper agents that have been roaming the US. Deeks has a present for Kensi, he got her dad’s badge that he accidentally vacuumed framed so that she wont lose it again. Everybody celebrates with some lunch from a Korean restaurant.