BY Kristine Francis on May 17, 2016 | Comments: one comment
Related : NCIS, Recap, Television, TV 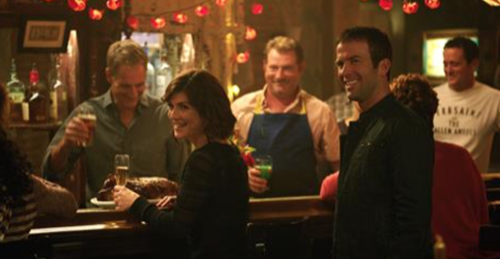 Tonight on CBS NCIS: New Orleans returns with an all new Tuesday May 17, season 2 finale called, “Sleeping with the Enemy,” and we have your weekly recap below. On tonight’s episode, in the second-season finale, the team exposes a spy and massive security breach.

On the last episode the team partnered with Homeland Security for the investigation of a Navy master diver’s murder after learning the death could be linked to a foreign attack on the city. Did you watch the last episode? If you missed it, we have a full and detailed recap right here for you.

On tonight’s episode as per the CBS synopsis, “in the second-season finale, the team exposes a spy and massive security breach while partnering with Homeland Security on a mission to locate 900 pounds of missing explosives.”

Tonight’s episode looks like it is going to be great and you won’t want to miss it, so be sure to tune in for our live coverage of CBS’s NCIS: New Orleans at 9:00 PM EST! While you wait for our recap hit the comments and let us know how excited you are about the season 2 finale.

Meredith Brody had liked Homeland Security Agent John Russo. They had worked together in the past and she had thought they had built up some kind of trust if not rapport. However, Russo has been acting out of the box since he got to New Orleans and, despite their relationship, Brody didn’t quite trust him to tell her the whole truth. And while that was fine at first, it soon became a problem when an explosion occurred downtown and she began to suspect he had something to do with it.

That bomb had involved a couple of the HMX explosives which was the chemical that was smuggled into the country by Arthur and Judy, but it did seem awfully convenient that such a thing would go off just as NCIS were looking for it and right after Judy committed suicide. So Pride had Sebastian take an analysis of the scene and he found out that there was plenty more of HMX still out there because the explosion hadn’t been large enough to have consumed the terrorists’ entire supply. Yet, the investigation into who was involved with the explosion had led to Russo revealing a big secret. He said that his agency already knew who was behind the explosion and the possible attack on New Orleans.

But that had only ticked Pride off. Pride had wanted to know why Russo had sat on that information knowing that he and his team have been searching the whole city looking for possible suspect as well as routinely checking out sites that could be a risk. So what Pride really wanted to know was why Russo had wasted their time when he could have told them from day one that they were looking for South African mercenaries. And they could have followed up on that lead.

And yet all Russo could say in defense was that the information wasn’t complete. He said they had known about the nationals, just not about who was behind everything. Who he thought was the much bigger threat. Though after Russo left, Brody began to wonder about him and so she voiced some of her concerns to her team. She asked them what if the reason that Russo was keeping so many secrets was because he may be involved with was happening.

Then she said that it would make sense if Russo was dirty. He was after all on the phone with someone during the explosion and he had also been one of the last few people to see Judy Brown alive. So Pride asked his people to look into Russo while he went to go to talk Loretta about Judy. However, Loretta couldn’t give him a definitive answer about who could have helped Judy kill herself. Judy had died from cyanide poisoning and her stomach showed that poison had been in a capsule that would have caused a delayed release. And so Loretta was able to tell Pride that Russo could have given the pill to Judy, but that she couldn’t give him a clear answer seeing as the stomach acid erased all fingerprints.

Only Pride’s people had better luck at finding answers. They found out Russo had been involved in several investigations that had led back to dead bodies what with Judy being one of them. And they also that Russo was carrying around two phones. As if they were living a double life. So later Patton had run a background check on Russo and oddly he couldn’t find a single thing that stuck out.

Russo was basically a boy scout on paper. He went to Ivy Leagues and chosen to work for the Peace Corps when he could have gone to private sector instead. Also Patton found that Russo was quickly working his way up the ranks. So it did seem like Russo had been purposely working towards something for years before he came to New Orleans, but no one knew what. Was his plant or just a traitor?

Either way, though, Pride had specifically told Brody that he didn’t want her alone with Russo until they had him figure out and she had ended up ignoring that order. Brody had gone with Russo when he got word about a mercenary getting spotted. So it had just been the two of them when they walked into an armed house and went head to head with a killer. And yet Russo hadn’t taken that opportunity to betray her.

Russo had actually helped Brody at the house which had confused Brody at the time. Though together they were able to rescue a hostage that at least pointed them in the right direction for where the terrorists were going to hit. So Percy and Pride took to the waters to find a riverboat that could level a whole city meanwhile Brody continued working with Patton and Sebastian to find out who Russo was working for. And when they finally figured out the answer to that question; it had surprised them.

Russo it seems hadn’t been working with overseas terrorist or seeking to undermine the US. Funnily enough, he had thought he was being patriotic by taking out the coast guard as well as diminishing the army. So technically Russo had been a zealot, but he had been an anti-military zealot. And that’s why he later tried to blow up the riverboat when it had reached the city’s main harbor. However, Percy had already disarmed the bomb by then so Brody had been able to take Russo down without any repercussions.

And although that sounded like a job well done, NCIS were put on administrative leave for a couple weeks which they were told was a much needed break yet somehow it still seemed like a punishment.