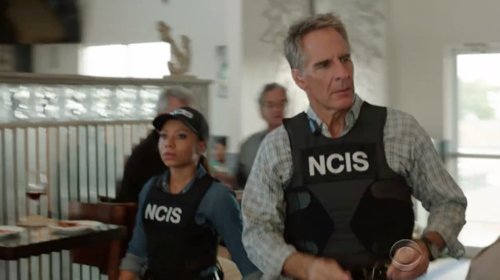 Tonight on CBS NCIS: New Orleans returns with an all-new Tuesday, November 1, 2016, season 3 episode 6 called, “One Good Man,” and we have your NCIS: New Orleans recap below. On tonight’s episode, a Navy Seal candidate who was murdered just before his graduation leads the team to investigate unorthodox training exercises.

Loretta’s son Danny had surprised her in the worst sort of way on tonight’s episode of “NCIS: New Orleans Recap” and she hadn’t known what to do about it. However, Danny wanting to forgo college and enlist in the Navy was something that Pride thought was honorable as well as Danny’s choice. So Loretta hadn’t known what to do. She loved Danny and she didn’t want him to get hurt yet he was a man now and everyone else thought he should be allowed to make his own decisions even she didn’t like them. And so Loretta had tried everything she could to convince her son that he should just go to college.

Loretta considered college to be safe and her job as a coroner that worked closely with NCIS proved to her that even the best of the Navy could be killed. So Loretta was a bit temperamental when she had gotten called with Pride to a murder scene. The victim had been Petty Officer Corey Marchand and he had been young. Corey had just left high school year ago and he had also been a mere two weeks away from graduating Navy SEAL training so that had frightened Loretta. She saw Corey and she had wondered if her Danny could end up the same way. Yet, Corey’s case hadn’t been typical and he actually wasn’t supposed to leave base during training.

The SEALs had a strict code of conduct and no one was allowed a day away much a day and a half. But that’s how long Corey had been missing though no one on base had blamed him for leaving. Corey had apparently been top of class with most of his training and so it had been a little surprising that he couldn’t pass Drown Proofing. Drown Proofing was when cadets were bound and thrown into the water because they had to overcome their fear of drowning. So it should have been easy for Corey and it just wasn’t. He wasn’t afraid of drowning so that wasn’t the problem and, according to his Master Chief, it had been more about being bound.

Navy Master Chief Petty Officer Jolly had said that Corey refused to complete the assignment and NCIS later found out that Jolly had done everything he could to get Corey to pass. Though sadly nothing worked. Corey simply hated being bound and so Jolly had told him to work through whatever he needed to get into the water. So when Pride find out about that, he had understood if Corey couldn’t complete Drown Proofing and had left training altogether however, retracing Corey’s steps didn’t seem like a plan. Corey had gone to New Orleans and he had mostly stayed within one general area. And it had been close to City Hall.

But no one had thought that Corey would go see the Mayor or be thrown out of City Hall by the Mayor’s security team. So Pride had had to get answers the old fashion way. Pride had gone down to City Hall himself and had forced Mayor Douglas Hamilton to answer his questions. Like why would Corey want to talk to him and why did Corey also tried calling him at least six times before he tried to speak with the Mayor personally? The Mayor though wasn’t someone that could be trusted and he kept fidgeting before he finally got down to answering Pride. And his answers had been about basketball.

The Mayor had said that he first met Corey because of Lafitte High School Basketball. Corey had apparently been an all-star athlete on the team and he had given up a scholarship to college in order to enlist in the Navy. Yet, the Mayor had met Corey through basketball because a lot of his boosters supported the high school’s basketball team and so he had showed up to some games as well as to a few fundraisers. At one of the games, though, the Mayor had given Corey his card with the advice that Corey could always reach him and he had gone back on that when Corey really did to reach him. So the Mayor was like usual his shady self and he hadn’t cared about Corey who wasn’t the star player anymore.

The Mayor has always cared about his image and he had wanted nothing to do with some petty officer that wasn’t going to make him look good. So the Mayor had told Pride that honestly didn’t know why Corey had wanted to talk to him yet basketball turned out to be a common theme with all of their leads. Gregorio for instance had found out that Corey had gotten into a fist fight with his coach back then and that no one had filed charges. However, Sebastian had found evidence that Corey had been on Charles Fox’s riverboat restaurant and that Fox usually held an annual fundraiser for Lafitte High School Basketball Team.

Yet, Percy and Pride had gone to see Charles Fox and he claimed that he hadn’t seen Corey because it had been his day off. So Pride had thought they had hit a dead-end only Percy knew better. Percy noticed that one of the busboys had been watching them since they entered the restaurant and so she had gone to speak him, but he hadn’t exactly been in the talking mood. Mason Holt had admitted that he knew Corey and he didn’t want to answer any questions besides that. Not even when Percy and Pride asked him about his scars on his wrist that looked like he had been bound!

So that had seemed strange to both Percy and Pride and they felt they were something off about the basketball team. But they weren’t going to get any answers from Coach Erens because someone had also killed him though they didn’t know why. Coach Erens had been the coach that Corey had punched back in High School so everyone had wondered if Corey had killed his coach and Gregorio had said that she might know why. Gregorio had profiled everything at Erens’s house and she believed Erens was a pedophile.

Erens had decked out his home as a teenage boy’s haven and he had had a wall of pictures that showed the parties he through at his house for the team. So that in connection with the text that Corey had sent him had showed that Corey had been sexually abused and that he had wanted Erens to admit what happened to him as well as the others. Though Loretta proved that Corey didn’t kill Erens. She said that Corey had been dead long before his coach and later investigation had casted doubt on whether Erens had been the abuser.

Gregorio had checked into Erens and he had nothing on file against him. But what was on file was a complaint from parents about a coach being inappropriate with their son though that had been two years before Erens had taken over the team and nothing had happened with that complaint. The District Attorney had never looked into because there wasn’t any investigation on file and the family had been prompted to move. So Gregorio had asked who had that kind of pull and Pride had answered with “Mayor Hamilton”. The Mayor had been City Councilman back then with close ties to the District’s attorney office so Pride believed that quashed the complaint.

Yet, what Pride didn’t know was why so he had wanted to talk to the mayor again however Sebastian had figured out whose gun it was that killed their two victims and he had told the others that it had belong to Mason Holt. So Pride and Percy had gone back to the Fox’s restaurant to speak with Mason and Mason pulled a knife on himself. He was apparently desperate and so he let Pride talk him into revealing what really happened. Mason had said that he had wanted to come forward a year ago and that Corey hadn’t been ready. And so Corey came to see him because he was ready now.

Corey had been told after all to work with whatever was holding him back and that had been his abuse. His abuser had bound him and so he had wanted to make the man pay. However, Mason said that he didn’t hurt Corey. He said that he would never hurt Corey of all people and that Corey had gone to him as well as to Erens for help. So Pride tried to get into Mason’s help and that helped him guess why Mason was so desperate. Mason had unfortunately told someone that Corey was ready to make a complaint and that coach was going to help. And so Pride got Mason to admit that it had been Charles Fox that had abused all of them.

So NCIS were able to arrest Fox and they had even found the murder weapon in his car, but the Mayor claimed that he hadn’t known anything about what happened and Pride didn’t have anything to arrest him for. Yet, Pride and his entire unit knew to be weary of the mayor and they gave him a wide berth as they were cleaning up the scene. They took testimonials from several individuals at the restaurant, booked Fox for doubly homicide, and later Pride also told Danny that he had to be the one that convinced Loretta. And so just as things were coming down, LaSalle’s ex had come back and she had introduced “their” son to Gregorio.