BY Kristine Francis on May 10, 2016 | Comments: one comment
Related : NCIS, Recap, Television, TV 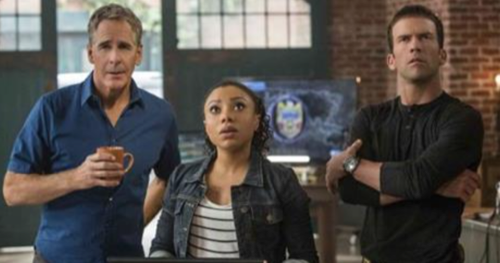 Tonight on CBS NCIS: New Orleans returns with an all new Tuesday May 10, season 2 episode 23 called, “The Third Man,” and we have your weekly recap below. On tonight’s episode, the team partners with Homeland Security for the investigation of a Navy master diver’s murder.

On the last episode a Navy culinary specialist visiting her family’s 100-year-old restaurant in the French Quarter was the target of an explosion. If you missed it, we have a full and detailed recap right here for you.

On tonight’s episode as per the CBS synopsis, “the team partners with Homeland Security for the investigation of a Navy master diver’s murder after learning the death could be linked to a foreign attack on the city.”

Tonight’s episode looks like it is going to be great and you won’t want to miss it, so be sure to tune in for our live coverage of CBS’s NCIS: New Orleans at 9:00 PM EST! While you wait for our recap hit the comments and let us know how excited you are about the season 2 episode 23.

Pride and Plame were interviewing potential managers for Pride’s bar when they seemingly came across the perfect fit on tonight’s episode of “NCIS: New Orleans”. Camille knew how to mix drinks and she could play an instrument which for some reason Pride thought was a requirement. So technically Camille was perfect for the bar however Pride didn’t hire her right on the spot. He thought there still might be someone else out there so that’s what he told Plame. Only Plame could see what Pride couldn’t. Plame could see that Pride still wanted to be able to manage to the bar himself and so he tried to warn his friend not to take too much on.

Pride wouldn’t want to admit it, but he was secretly stretching himself thin. He had the bar to manage during the long night hours and he had a tiring NCIS job that unfortunately carried unusual hours. So eventually something was going to have to give. Though in the meantime Pride was trying to do both and be good at both so he ended up having to take additional care with the death of Former Navy Master Diver Charles Greene.

Greene was literally one of the best in his field yet he was killed in the middle of the ocean. Apparently Greene had taken it upon himself to conduct dives specially targeted towards wounded warriors which were returning servicemen that were no longer able to stay in the military. And who often experienced various forms of PTSD. So Greene managed to help these men and women by teaching them certain disciplines that comes with diving and that could help steady them. However, despite all the good he did, someone wanted Greene dead and were willing to take fight onto the open waters.

Greene’s body had washed ashore and there were injuries on his body that showed he suffered some kind of blunt force trauma. Though it couldn’t have been from a boat because LaSalle who was actually a diver himself had said that a boat would have ripped Greene into two, rather than just leave behind marks. So LaSalle took a look at the body and he noticed the discoloration of Greene’s eyes that showed he had the bends. Which is what happens when a diver comes up to the surface too soon.

And that began working theory. If Greene got into a fight or was better yet targeted while he was on his dive then maybe he tried to get away, but compromised his own well-being while doing so. So Sebastian later ran analysis of the water and particulates found on Greene and he tracked that to a region where Green’s missing boat would be. Yet, Pride and the coast guard ended up finding someone waiting for them on the boat. They found former Marine Corps Michael Buckley and Buckley was in the middle of a PTSD when he trained his gun on them.

Unfortunately, Buckley was considered dangerous during one of his episodes. So even as Pride was able to diffuse the situation with the other man, NCIS still had to view Buckley as a suspect until told otherwise. Buckley was after all the last person (that they knew of) that had seen Greene alive and he could very well have been in amidst of another episode when he targeted Greene. And so he had to remain a suspect even though Buckley eventually told Pride how he had gotten his injuries.

Buckley had told Pride that two people wearing military gear boarded the boat while Greene was on his dive and that this people had attacked him. However, while they got him with a crossbow in the arm, he said he also managed to get one of them. So Pride had had Buckley’s story investigated and it turns out he was telling the truth as implausible as that sounds. There had been someone else on that boat that had bled out and it hadn’t been Greene.

So NCIS had wondered if one of Greene’s old enemies might have come looking for him, but that hadn’t explained the sub. LaSalle had dived in the very same spot that Greene did and found evidence of a sub. And a sub hitting Greene would be just the thing that would explain his injuries. But neither Pride nor his people knew why a sub would be so close to the coast much less hit someone and not even care. And so Brody decided to turn to her old friend at DHS.

It seems she had thought it was coincidence that Homeland Security Agent John Russo had come to town though truth had been anything but. Russo had come to New Orleans because there had been chatter about an imminent threat and the only thing Homeland had on the threat was the fact that small sub was being used. So Russo had kind of withheld information when he came to town. For he should have notified his fellow federal agents about what took look for and what to suspect. Though thankfully Pride’s chief concern had been the threat so he agreed to work with Russo in order to catch the people responsible.

Buckley had said he injured one of the people that targeted him. So a quick search of the nearby hospitals had revealed Arthur and Judy Brown. Judy had supposedly lacerated her kidney because of a car accident yet her story only barely planned out and so LaSalle and Percy were able to capture her if not her partner. However, Judy refused to say where her partner was and that’s because they moved pass their cover and had actually fallen in love. Therefore, NCIS had to do was wait for her partner to try and rescue her.

And they got Arthur Brown in the end. But they still didn’t know about the bomb he was working on and where he was going to hit next. So they had tried to get Judy to speak up and offer any information she could on this mysterious third person that she and Arthur had been writing to however she refused to say a word. And her remaining partner that was revealed to be Agent Russo had helped her commit suicide before she could further endanger their mission.

So the one good thing that managed to come from all of this was that Buckley got a job at Pride’s bar and now Pride’s full attention could be on the bomb that’s about to go off in his city.