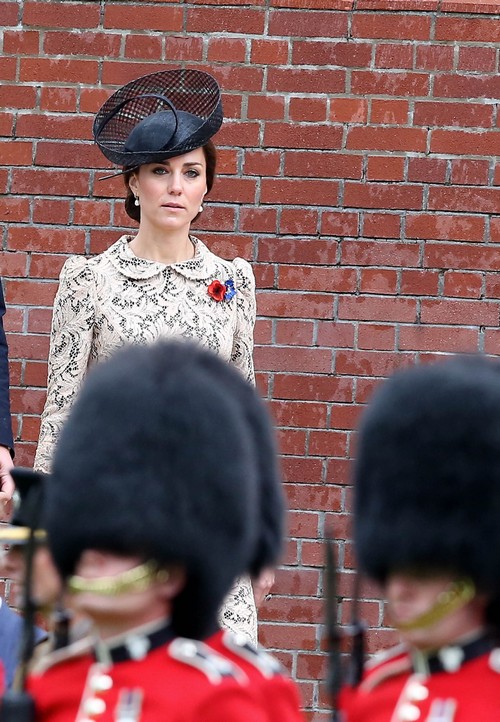 Niall Horan is in love with the Kate Middleton for Millennials. Belgian student Celine Helene Vandycke is the mystery girl who was with the One Direction singer at the British Summertime Festival over the weekend.

Celine and Niall had eyes only for each other during the Mumford & Sons’ performance on Friday, July 8. No wonder, Celine is absolutely gorgeous and Niall is one of the world’s most eligible young bachelors’.

The Sun published several photos of Niall and Celine PDAs as well as a few pics of the couple with their arms wrapped around each other, kissing and starring adoringly at one another.

The only thing hiding Niall’s identity was a baseball cap the 1D singer wore. Niall didn’t have the cap pulled down over his face so obviously he wasn’t REALLY hiding or trying to keep a super low profile with Celine.

One Twitter follow was over the moon about Niall Horan’s girlfriend. “He’s dating a normal. The actual dream. She is the Kate Middleton of our generation!!!!! (send help).” Yes, the Millennials have their very own version of the Duchess of Cambridge.

But let’s not get ahead of ourselves comparing Celine to Kate. When it comes to education, Celine has the more brains than Kate Middleton. When it comes to beauty Kate doesn’t hold a candle to the Belgian student.

One Direction fans quickly found Celine Helene Vandycke’s Linkedin account – but it has either been deleted or made private after the news hit that Celine is Niall’s new girlfriend – to find out more about the beautiful Belgian who captured Niall’s Horan’s heart.

Here’s what’s out there about Celine. She’s a European Law graduate from University of Exeter. Currently Celine is studying law at Universite de Rennes in France. Oh, and Celine speaks three languages – Dutch, French and English.

Tender female hearts are breaking all over the world already. Can you imagine what will happen if Celine Helene Vandycke becomes Mrs. Niall Horan? Will it be the same as the heartbreak young women from sea to shining in sea experienced when Kate Middleton married Prince William?

One Direction singer Niall Horan is spotted getting cozy with his new girlfriend Celine Helene Vandycke as he leaves Drama night club in the early hours of the morning in London, England on July 11, 2016. The new couple were also recently spotted the British Summertime Festival.

HE’S DATING A NORMAL. THE ACTUAL DREAM. SHE IS THE KATE MIDDLETON OF OUR GENERATION!!!!!!! (send help) https://t.co/MOxmreDToZ