Nina Dobrev Considering Role on The Originals: Revenge Play Against Ian Somerhalder and The Vampire Diaries? 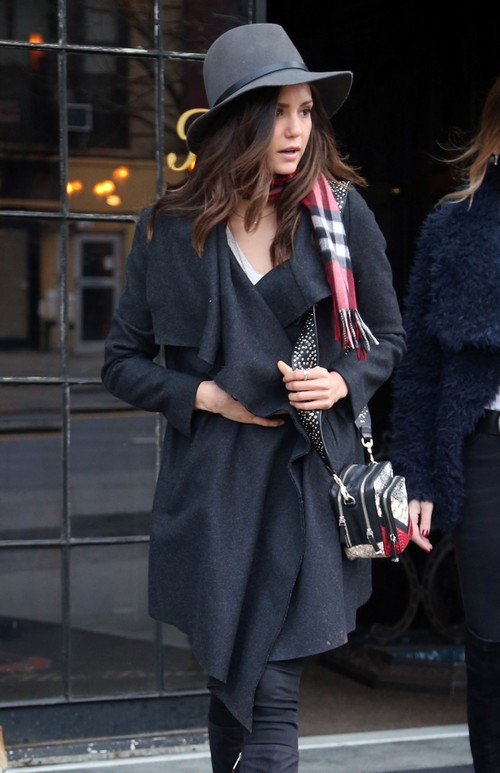 Is Nina Dobrev planning a move to The Originals to spite Ian Somerhalder? Nina Dobrev may have landed a couple of film roles but, let’s face it, her movie career is not skyrocketing. But Nina Dobrev also doesn’t want to go back to The Vampire Diaries with her tail between her legs and work with her happily married ex Ian Somerhalder who embarrassed her with Nikki Reed. But another CW show may be the answer.

If Nina came over to The Originals, no doubt her addition to the cast would drastically boost ratings for The Originals. But would Nina Dobrev’s presence also increase viewership for The Vampire Diaries since it’s on before The Originals? Or would it draw viewers away from Somerhalder’s suffering show?

The Originals showrunners could bring in Nina Dobrev as a doppelganger rather than Elena Gilbert if they wanted to leave Elena in her six decade snooze over on TVD. Tatia Petrova would be a great choice since both Klaus and Elijah had the hots for her way back a Millennia ago.

If you know your TVD history, she was the first doppelganger and her magical blood made The Originals into vamps, so she’s a natural choice. If you recall, Elijah killed her after he turned vampy and then her blood was used to hold back Klaus’ werewolf side (which is on the loose – now he’s a hybrid).

But since Kol was brought back from the dead recently and Esther was resurrected as well, why not bring back a doppelganger? Surely Kol and Davina’s powers would be enough to bring back the enchanted doppelganger Tatia. Plus she fell hard for Elijah, so that would be a great storyline.

Fingers crossed that Nina Dobrev does entertain any offers that come in from The Originals. She would be an amazing addition to the cast and seeing her outdo The Vampire Diaries with her ex Ian Somerhalder would be sweet, sweet revenge for him moving on and wedding Nikki Reed.

What do you think fans of The CW vamp shows? Would you love to see Nina Dobrev take on a role on The Originals – doppelganger or not? Do you think Ian Somerhalder would be angry if she came back to TV but not to the show they originated?

Share your comments below and check back with CDL every Friday night for live recaps of both “The Vampire Diaries” and “The Originals.”