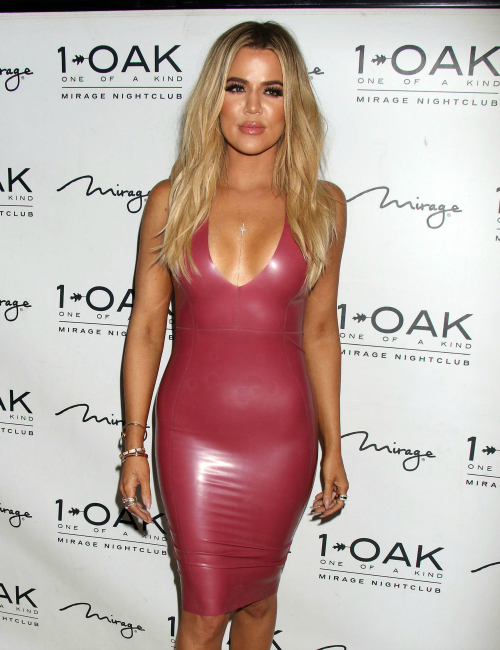 OJ Simpson has refused Khloe Kardashian’s repeated requests to take a paternity test, according to a prison guard at the Nevada prison where the infamous NFL star is serving his armed-robbery sentence. But is OJ protecting himself or just keeping Kris Jenner’s dirty sex secrets hidden?

Rumors have been circulating for years that OJ Simpson was Khloe Kardashian’s dad, and there’s definitely some resemblance there. However, prison guard Jeffrey Felix thinks Khloe thinks differently based on recent conversations OJ revealed to him.

Felix participated in a documentary titled “Kardashian: The Man Who Saved OJ Simpson” and said that even from prison, OJ made sure he was “keeping up with the Kardashians” by making weekly phone calls to Kardashian family members.

Jeffrey Felix claims that he overheard Khloe “screaming in the phone” and demanding that OJ take a paternity test so she could put the rumors to rest that OJ is her biological father. Felix said, “OJ told her no.”

Is OJ still carrying a flame for Kris Jenner and doesn’t want to spill that Khloe Kardashian is their love child? Or is OJ hiding even darker secrets for the Kardashian momager? Reportedly, Kris was not only sleeping with OJ back in the day but others as well.

All this went down, according to talk on the street, while she was still married to Rob Kardashian Sr, the father of most of her other children. The only affair Kris has admitted to publicly is with Todd Waterman, who was a 20-something soccer player at the time.

But another name has been floated as Khloe’s bio-dad – Kris Jenner’s hairdresser Alex Roldan (seen with Khloe in pic below). Roldan has been in Jenner’s life for years – into the early years of her marriage with Rob Kardashian and well before she met Bruce Jenner (now Caitlyn).

Let’s face it, if you play “one of these things is not like the other” with Kris Jenner’s four “Kardashian” kids, Khloe stands out like a sore thumb. Kourtney Kardashian and Kim Kardashian both hover around the 5’ tall mark while Khloe towers over them at 5’10”.

And yes Kylie Jenner and Kendall Jenner are taller, particularly Kendall, but their bio-dad Bruce Jenner is very tall at 6’2”. Khloe also doesn’t share many of the same facial features, plus she’s a natural blonde, is lighter skinned, and looks nothing like her sisters whatsoever.

But Khloe does look like Alex Roldan. Is OJ Simpson covering for Kris because he’s known all along who fathered Khloe Kardashian? Clearly, Khloe still seems to be in the dark but has convinced herself OJ is not her dad – otherwise, why press for a DNA test?

Khloe may feel that having a DNA test done that shows OJ is NOT her father would stop the talk that she was not a real Kardashian. But it won’t. Why not then do a DNA match with Robert Kardashian’s DNA?

Surely there is some artifact floating around with his DNA on it. There’s also the chance that Kris Jenner doesn’t even know the truth. She was chronically unfaithful to her first husband, so she admits.

Perhaps Kris has no idea who Khloe’s father is but has begged OJ not to submit to the test because it would only remove one of the possible fathers from the paternity equation. Poor Khloe Kardashian may never know the truth about why she doesn’t fit with her family.

The prison guard said he asked OJ why not take the DNA test and OJ said, “It’s a family matter. It’s none of the public’s business.” Khloe has tried to play off the OJ rumors, but clearly she’s cracking if she screamed at OJ to take the DNA test.

What do you think? Is Khloe the child of OJ Simpson? Or is she Alex Roldan’s offpring or the child of some other random dude Kris got with while cheating on Robert Kardashian? Do you think Kris will ever tell the truth about Khloe’s parentage?

Check out Khloe’s drastic looks compared to her sisters in the pic below. Share your comments below and check back with CDL on all the latest Khloe Kardashian gossip and other hot celebrity news.