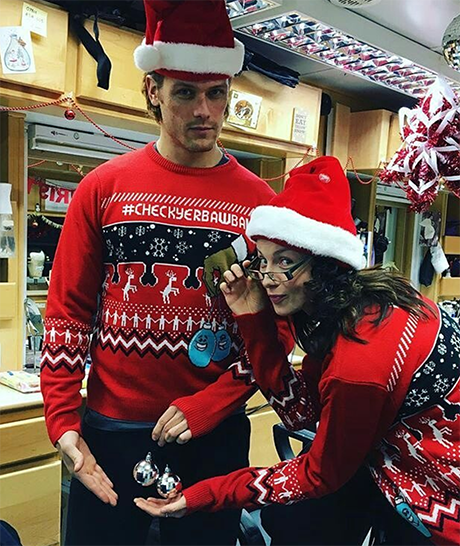 Spoilers indicate that ‘Outlander’ Season 3 is full of surprises along with a newborn baby. In fact, ‘Outlander’ stars Caitriona Balfe and Sam Heughan dish on their complicated on-screen romance, the new addition to the cast, and all of the exotic locations their characters will travel to this season.

New reports indicate that Claire gives birth to her daughter Brianna. Jamie is the father but it will be Claire’s 20th century husband Frank – played by actor Tobias Menzies – who raises the newborn baby. Of course, Frank has no idea about the real truth. 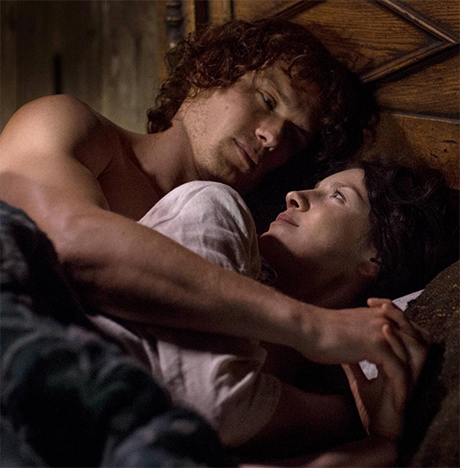 Spoilers indicate that Claire gives birth to her daughter Brianna and introduces her to Frank, who will ultimately raise her. Claire is apparently back in the 20th century and in Boston because Jamie forced her to leave Scotland. He wants both Claire and Brianna to be safe and away from the impending Battle of Culloden.

There are also several sources that say Brianna will be seen as an adult in Season 3 as well. The role will be played by actress Sophie Skelton. 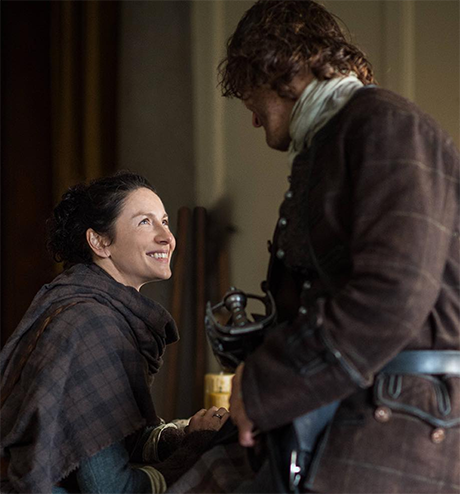 Caitriona Balfe recently opened up about giving birth and introducing Brianna to Frank for the first time. She told Entertainment Weekly, “Obviously, this is Jamie’s child, but Claire’s in a new time and believes that Jamie is dead. So she’s really trying to look forward and give her daughter a new life, a stable family. I think it’s difficult for both of them. They’re tentatively trying to see if they can patch things up and allow themselves to embrace a future together. They really do try, but it’s not quite that easy.”

Season 3 of ‘Outlander’ is based on the book ‘Voyager,’ which sees Claire returning to the past timeline. It also begins with Jamie going face to face with his enemy Jonathan Black Jack Randall. What’s more, Sam Heughan says there’s plenty to look forward to in Season 3. The season will span over 20 years and see the stars go to places like Jamaica, England, and North Carolina. 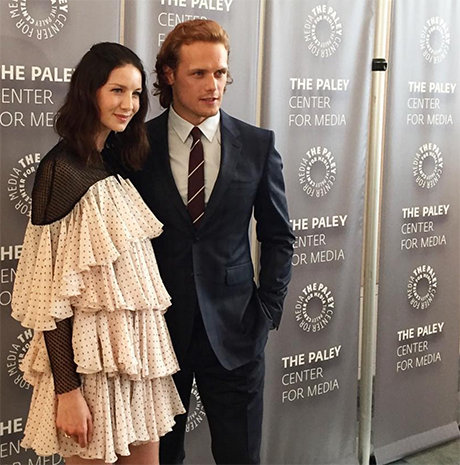 Season 3 of ‘Outlander’ is set to return to the small screen in 2017. So far, the Starz network has not set a return date. Are you looking forward to seeing Sam Heughan, Caitriona Balfe, and the rest of the cast in ‘Outlander’ again? Let us know by dropping us a line in our comments section below. Also, check back with CDL for all the latest news and updates on ‘Outlander’ right here.

Her talent keeps us in awe. Congratulations, @Caitrionabalfe, for your well-deserved @GoldenGlobes nomination! ❤️