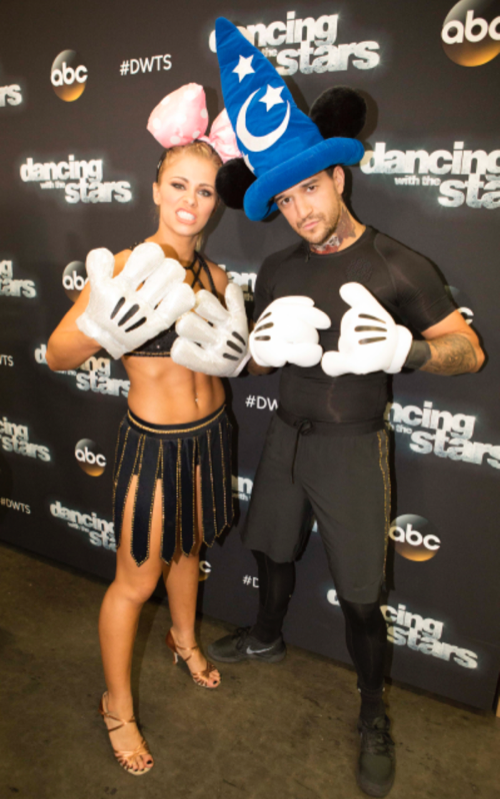 Tonight on ABC the 10 celebrities returned to the “Dancing With The Stars” Ballroom for “Disney Night.” Paige VanZant & her professional dancer Mark Ballas hit the dance floor and danced a Quickstep routine to “You’ve Got a Friend in Me” from Pixar’s “Toy Story”.  Did you watch tonight’s episode? If you missed it we have a full and detailed recap, right here for you. Did you miss any of tonight’s performance videos? If you did we have them all, right here for you!

Judges comments on Paige’s DWTS Week 4 Quickstep: Zendaya: “That was so clean, everything was so amazing. I had such a fun time, you brought it to life.” Bruno: “It was so unexpected creatively, I am telling you it was so wonderful. Tonight, everyone had a peak of creativity, good job, absolutely fantastic.” Carrie Ann: “That was probably the most difficult of all dances tonight, you did fantastic.” Len: “Tonight has been a fantastic evening and you ended it on a happy note.”

Watch the video below and let us know what you think, do you agree with the judge’s comments? Do you think Paige did enough to avoid elimination tomorrow? Sound out in the comments and let us know your thoughts?