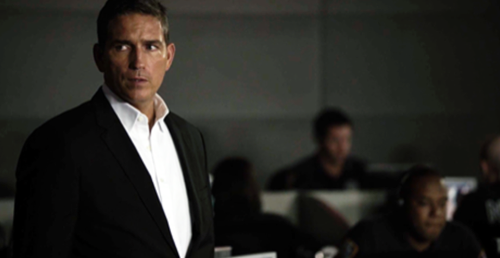 Tonight on CBS Person of Interest continues with an all new Tuesday May 17, season 5 episode 5 called, “ShotSeeker.” and we have your recap below. On tonight’s episode, Reese (Jim Caviezel) protects an NYPD analyst who’s drawn the attention of Samaritan through his investigation of a software glitch.

On the last episode, Shaw managed to escape her captors, but the team worried about her mental state when she began acting paranoid and reckless. Did you watch the last episode? If you missed it, we have a full and detailed recap right here for you.

On tonight’s episode as per the CBS synopsis, “Reese protects an NYPD analyst who’s drawn the attention of Samaritan through his investigation of a software glitch; and an ally of Elias threatens Reese and Fusco.”

Finch had worried Reese on tonight’s all new episode of “Person of Interest” when he said he was going to be updating security protocols back at the safe house. Yet, Finch had managed to explain his sudden if not rash decision. He said he it couldn’t hurt to take additional precautions. And so Reese allowed Finch to convince him that there was nothing wrong even as he was already suspicious.

Funny thing, though, there was something wrong and Finch hadn’t wanted to mention what he really doing because he knew Reese would have tried to have talked him out. Apparently Finch had cloned a small piece of Samaritan’s code when no one was looking and it seems he wanted to introduce that fragment to the Machine. Finch thought that if the Machine got a chance to know Samaritan that it would be able to suss out its defenses and weaknesses. So he was literally setting them up against each other in a battle of wills that could just as easily reveal to Samaritan their location.

But the only one that had known about Finch’s mad scientist of a plan was Root. Who was interested in seeing what a fight like that would like. So Root wasn’t any help in convincing Finch that he was doing was dangerous although she had tried to tell him that he should at least equip the Machine with some defense protocols. That would help it in its fight against Samaritan.

Finch however hadn’t wanted to do that because he thought that would be making the Machine more dangerous instead of safe. So he and Root were going back and forth over what they should or should not do when Reese and Fusco called them for help. The guys needed eyes in the sky for Reese’s number because unfortunately Ethan Garvin’s life was at risk. Ethan it seems had worked at the emergency response center and he was in charge of a program called ShotSeeker. And ShotSeeker was set up to detect gunshots all over the city, but it was Ethan’s job to figure out whether the gunshots were real or something else.

And well Ethan had detected gunshots two weeks ago that he knew was real. However, the police had gone to the scene and they had found what looked like firecrackers which hadn’t made any sense to Ethan. He had been at the job for a while so he knew the difference between gunshots and firecrackers. So when no one else decided to investigate what really happened, Ethan chose to look for answers on his own and what he found out was that a woman had gone missing following that incident.

Her name had been Krupa Naik and it had been her apartment that the firecrackers allegedly went off in. Yet, no one had seen or heard from Krupa since that night and so Ethan felt like someone had hurt her. And that the program had got it wrong when it identified the gunshots as something else though that hadn’t been the program’s fault. That had been Samaritan.

Samaritan had broken into ShotSeeker to manipulate it into ignoring one of their crimes. So that’s why no one was looking for Krupa and why a 911 call later came claiming that Ethan was an armed suspect in a shooting right outside of Krupa’s apartment. But thankfully Fusco had been there as well so he had stopped his fellow brothers in blue from killing Ethan on site when all the young man had on him was his cell phone. And with Fusco vouching for him, Ethan wasn’t arrested.

However, Samaritan had wanted something from Krupa so the team had to look into her although they didn’t immediately find anything that would explain why she had been taken. Krupa was a chemist and she had been doing research on a farming company called Harvesta. So Reese and Ethan had asked Krupa’s employer for that research, but were told that the company had been hacked and that the only thing missing was Krupa’s files.

And so the only way to find out what happened to Krupa was to find her backup files. That she had hidden at her apartment and that a Reese had tried to retrieve. Tried being a very important word. Reese had gone back to Krupa’s apartment because Krupa’s friend had told him with her dying breath that Krupa had hidden certain things behind a painting however a couple of guys picked Reese up before he could carry out the job.

Yet, those guys hadn’t been with Samaritan. Those guys had been with Bruce Moran. Bruce had been Carl Elias’s best friend so Bruce had taken Reese because he wanted answers as to what happened to Carl. And who had been behind it. Only Reese couldn’t give them those unless he got Finch’s say so.

So it was until Finch revealed to Bruce that Carl was still alive that Bruce agreed to stop harassing both Reese and Fusco.

Fusco though had protected Ethan and had bought Root the time she needed to erase the threat against the young man. So Ethan got to walk away from crossing paths with Samaritan at the end of it all and its doubtable he’ll ever try investigating on his own again. But Fusco hadn’t learned a lesson because he was left feeling like he still needed answers as to what happened to Krupa and he wasn’t buying the story that Samaritan was trying to sell when they had done their best to frame the CEO of Harvesta.

Therefore, Fusco later chose to ignore Reese’s warning about looking into this and he basically announced himself as a threat when Samaritan spotted him going over Harvesta’s files.