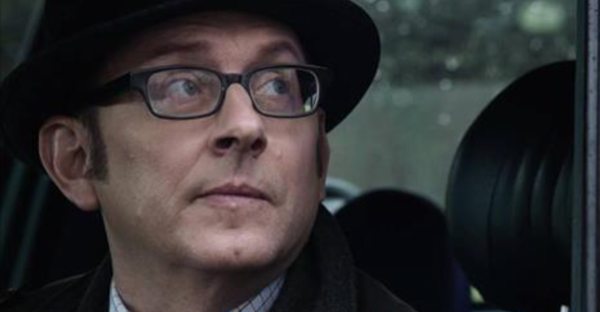 Tonight on CBS Person of Interest continues with an all new Monday, June 7, season 5 episode 11 called, “Synecdoche.” and we have your recap below. On tonight’s episode, the team becomes enmeshed in a conspiracy when the U.S. president is tapped as the next POI.

On the last episode, in the series’ 100th episode, Finch’s number came up after a fatal error blew his cover identity, which ignited a series of encounters with Samaritan’s operatives. Did you watch the last episode? If you missed it, we have a full and detailed recap right here for you.

On tonight’s episode as per the CBS synopsis, “the team becomes enmeshed in a conspiracy when the U.S. president is tapped as the next POI; and Finch contemplates taking drastic measures to combat Samaritan.”

Unfortunately, no one knew how to deal with Root’s death on tonight’s episode of “Person of Interest” however they were doing their best to carry on the fight.

Finch was still off on his own with no one but the Machine for company so the others had tried to do what they did best. They followed the numbers that the Machine was still giving them. The Machine had handed Shaw a new identity and at first she hadn’t wanted to take part. She had been grieving and had thought that Root’s death was part of another simulation so she had wanted to turn herself in to Samaritan. Yet, the Machine had stopped her by revealing who the number belonged to. The number as it turns out was significant because it belonged to the President of the United States which as first puzzled Reese and Shaw

Reese and Shaw had been a little confused about that because they had wondered why Samaritan would allow for the president to be murdered without interfering or at most alerting another government agency. After all, Samaritan’s entire agenda has always been about the better good so naturally they would want to protect the president. Especially as his death would destabilize governments around the world. So the team still trying to figure out Samaritan’s motives while they took a little trip to Washington D.C.

Fusco had joined up with the others to protect the president, but it was pretty hard to get close to the President much less protect him. Wherever the president went, there were safety barriers up and Secret Service. So Shaw decided to finally play ball when she used her new identity as a congressman’s wife to get into a charity dinner that President was sure to attend. However, Reese had been on his own.

Reese couldn’t exactly attend as Shaw’s plus one so he was going to sneak into the venue when he got caught. A Secret Service Agent had spotted him entering the premises and had asked him where his invitation was so it had been up to an old friend to get him out of that one. Tech billionaire Logan Pierce had come in handy when he recognized Reese as the guy that had saved his life more than once. So Logan was able to throw some money around until it got Reese in through the front door.

And once the men parted ways inside of the venue, Reese was then able to go looking for the threat to the president. But Reese didn’t end up finding any one person. It seems he had noticed that one of the bricks in the outside garden was off. So he took the brick out of one of the flower arrangements and that’s when he noticed what was strange. It hadn’t been a regular brick; it was a bomb merely disguised as a brick to throw off the Secret Service.

The bomb however couldn’t be turned off. Someone had been smart enough to embed the wires into the brick molding so Reese didn’t have much options. The bomb was set to go off at the very same moment the president’s motorcade was pulling up so Reese grabbed Shaw and together the two were able to figure out that they could use one of the industrial size refrigerators in the kitchen tent to take most of the blast. So they stashed the bomb there until the crisis was over, but they noticed that one of the waiters was acting weird at the same time someone hacked news feed around the world.

The hacked new feed showed a message that said the bomb had merely been a warning and that they would kill the president if the US government didn’t desist in secret surveilling its own citizens. So whoever was behind the attack on the president had basically told the world that they wanted to stop all surveillance and that they felt their rights were being impeded. Yet, Shaw and Reese had followed that shifty waiter back to the terrorist cell and they were surprised to see everyday citizens behind the attack. And one of them was even a congressman’s wife.

She had apparently joined up with the others because she said that Washington DC was corrupt. The government was selling their citizens to people like Google, Facebook, and Twitter and that everyone was in danger of having their rights ignored. But to send their message, the group had hacked into the very same surveillance that they were railing against and they were using to track the president. So when Fusco had taken care of everyone at the house the terrorists were using, Shaw went to go find the president.

The surveillance camera had focused on the plaza where the president was addressing the recent threats so that’s where Shaw and Reese headed to. Though one of the Secret Service Agent had been in on the assassination so the guys had to find a way to protect the president without being seen. So Reese had hide out in a building while Shaw went to higher ground and took the place for a sniper she was forced to knock out.

Although it while Shaw had the sniper rifle in her hand that she and the others realized how the group was going to target the president. Fusco had seen the congressman’s wife look offscreen so that’s when it hit him that there could be no better way to get their point across than to target the president using a drone. So he had warned his friends about a drone and Reese had told Shaw to take drastic actions to prevent the president from getting into his motorcade. He told her to shoot at the president and that’s exactly what she did.

Shaw purposely though so the president had quickly been back inside, but shooting at the president had given away Shaw’s position so she had to move fast. She met up with Reese and they tried to get away from the Secret Service flooding the area however they ended up running into the one dirty agent that could pin everything on them. So they had thought that they were done for when out of nowhere Joey Durban rescued them.

Joey Durban had been the second person that Reese had saved who came to the rescue in DC and it turns out it hadn’t been a coincidence. Joey, Logan, as well as Harper Rose had all moved in to protect Reese, Shaw, and Fusco. And apparently they did so because they had gotten the guys’ numbers. Joey, Logan, and Harper worked with the Machine in the DC area so it seems the Machine has several agents placed all across the country.

But while that was just strange to think of, the other team’s tech wizard had come through for Reese. Logan had found surveillance footage of Finch and it showed that he was in Texas. Where he recently broke into a military base that was more than it appeared. So it looks like Finch was fighting Samaritan in his own way as well.