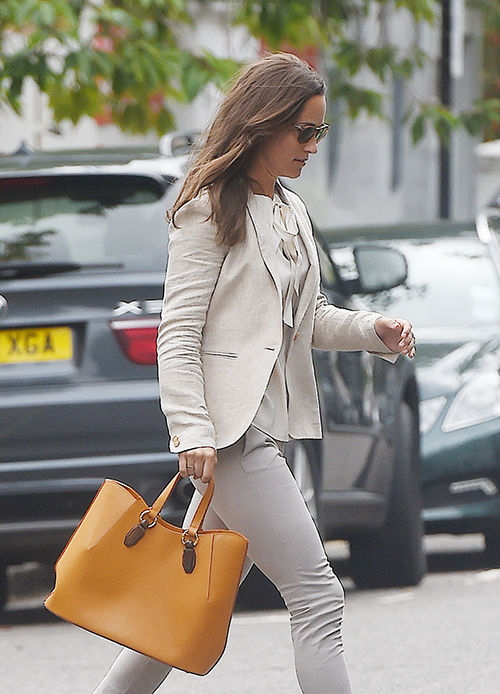 The saga of the Pippa Middleton hacked iCloud account continues. Kate Middleton’s sister has received an injunction from London’s High Court banning the publication of any of the 3,000 photos. It is suspected that there are naked photos of Pippa’s fiancé, James Matthews, among those stolen.

The Daily Mail reports that despite Pippa receiving an injunction banning any publication of the photos hacked from the iCloud account, Kate Middleton’s sister is afraid that “rogue elements” will still manage to post the photos on the Internet.

Lawyers for Pippa and James appeared on September 28 before High Court Justice Philippa Whipple who extended an injunction to cover “all material and information that may have been stolen” from Pippa’s account.

Nathan Wyatt was taken into custody after his home was searched on suspicion of a Computer Misuse Act offense. The 35-year-old web designer was questioned at a south London police station. At this time, the Daily Mail reports, it is not known if Nathan Wyatt is a suspected hacker or the extortionist or both.

The Daily Mail reports that neither Pippa nor James were present in court before Judge Whipple. Adam Wolanski, the attorney representing the Duchess of Cambridge’s sister, told the judge that the theft has caused Pippa “considerable distress.”

Though the injunction prohibits publication of the stolen photos, which reportedly include private photos of Kate Middleton, Prince William, Prince George and Princess Charlotte, there is fear that the personal family photos could still be released via the Internet.

The photos stolen from the iCloud account allegedly include two of Pippa Middleton at a wedding dress fitting and one of Carole Middleton at a venue at which the couple has chosen to marry in 2017. The hacker also indicated in his email to the Sun that the photos included naked photos of Pippa’s fiancé James Matthews.

As previously reported, the stolen photos include pics of Pippa Middleton partying. It is unclear how far back the 3,000 photos date. There has been concern that some of the pics include images of Kate Middleton partying with Pippa and friends prior to the Duchess of Cambridge’s marriage to Prince William on April 29, 2011.