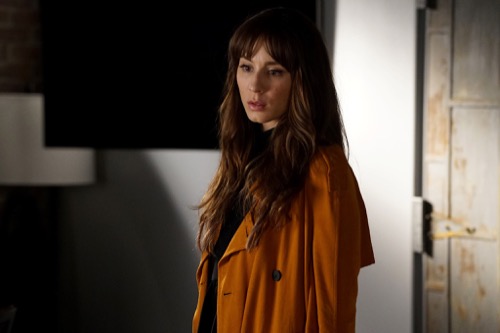 Pretty Little Liars returns to ABC Family tonight with an all new Tuesday, July 5, season 7 episode 3 called “The Talented Mr. Rollins” and we have your Pretty Little Liars recap below. On tonight’s episode, the ladies attempt to rescue Ali (Sasha Pieterse) from the psychiatric hospital to protect her from Uber A’s threats.

On the last episode, the ladies grew suspicious of Elliott as Ali’s condition worsened; Liam, Aria and Ezra work on the book together; and Spencer and Caleb ignored the elephant in the room. Did you watch the last episode? If you missed it, we have a full and detailed Pretty Little Liars recap right here for you.

On tonight’s episode as per the ABC Family synopsis, “the ladies attempt to rescue Ali from the psychiatric hospital to protect her from Uber A’s threats, but they make a fatal mistake that impacts everything.”

The season 7 episode 3 of PRETTY LITTLE LIARS is going to be really exciting and check out our Pretty Little Liars recap down below.

Tonight’s episode of Pretty Little Liars kicks off with the liars at Hanna’s house – Aria arrives first and Hanna is still getting dressed. She spots huge burn marks on Hanna’s back and realizes that she was tortured when she was kidnapped. Hanna brushes it off and insists that it is nothing. The liars reconvene in the livingroom and try to make sense of everything that is happening.

Emily is upset, she saw Alison at the hospital and Elliot has her strapped down to the bed like an animal. They think that Elliot and Mary might be working together. They decide to split up, Emily and Hanna are going to Welby to talk to someone in charge and try to tell them what Elliot is up to. Spencer is going to find Toby and see if he can find a connection between between Mary and Elliot.

Meanwhile at the hospital Alison makes a heroic escape attempt. When Elliot comes in to her room she jumps on his back and attacks him, he manages to inject her with another needle and knock her out. Then he straps Alison back down on her bed and puts a mask on her.

Aria and Hanna stop at the Brew to get some coffee, Aria is still worried about what she saw on Hanna’s back – but Hanna doesn’t want to talk about it. She tells Aria to just order her a latte and she heads outside. Meanwhile, Emily flirts with the waitress and offers to take her out to dinner. She turns Emily down and says that the whole stealing Ezra’s key thing kind of left a “bad taste in her mouth.”

Spencer arrives at Toby’s house, or camper, his girlfriend Yvonne answers the door and it is awkward to say the least. Yvonne says that Toby isn’t there – he’s working on their house. Spencer insists that she doesn’t want to cause any problems between Yvonne and Toby.

Yvonne says that she already has. Yvonne tells Spencer that Toby proposed, and they have a get-together with family that night to celebrate their engagement.

Hanna, Aria, and Emily arrive at the hospital, they tell the doctor in charge, Freedman, that they think Elliot is abusing Alison and insist that he check on her. Freedman heads to Alison’s room and she is sleeping peacefully, she’s not strapped to the bed anymore. Freedman checks Alison’s charts and her medications and tells the liars that Rollins is taking good care of Alison.

Spencer heads home and tells Caleb about Toby and Yvonne’s engagement. Spencer wants to talk about her and Caleb’s relationship. Spencer has noticed that he has been acting different since Hanna disappeared, and distant. Spencer demands to know if something happened between him and Hanna – he confesses that they kissed.

Spencer gets upset, she whines that Hanna isn’t his girlfriend anymore and they aren’t in high-school anymore. She wants to know if he still has feelings for Hanna – but Caleb doesn’t answer her.

Spencer gets a phone call from Jason. Spencer rushes to fill the other liars in – apparently, Jason had no idea that Alison was in Welby, Rollins lied to them and he never spoke to Ali’s brother. They get in to an argument over whether or not Alison killed Charlotte and if she deserves what she is getting at Welby. Jason is out of the country and he won’t be able to get home for a few days.

The liars decide to take matters in to their own hands and put together a plan to get Alison out of the hospital. Emily steals a folder out of Spencer’s purse and says she has to go to work and leaves.

Spencer, Aria, and Hanna head back to break in to Ali’s house again and see if they can get dirt on Elliot. While Aria is sneaking in, Hanna and Spencer bicker in the driveway over Caleb. Hanna insists that the kiss didn’t mean anything, she says that Caleb is her past and Jordan is her future.

Inside Aria finds aa bunch of drugs and surgical tools hidden in a box. She snaps a bunch of photos of them on her cell phone. Outside, Elliot pulls up, Spencer and Hanna try to stall him in the driveway. Aria keeps snapping photos until the last possible second and then runs out of the back of the house.

Aria shows Spencer and Hanna the photos she took at the house, in one of them is a picture of his credit card statement which shows recent charges to a Bed and Breakfast. They decide to drive up there and talk to the owners and see what they have to say about Elliot. In the car, Aria reveals to Hanna that she and Liam broke up over Ezra.

Emily is at work and Sabrina comes in, she serves her a drink. Emily begins begging Sabrina to give her a second chance and swearing that she got the wrong impression of her. Then, Sabrina’s girlfriend arrives…awkward. Emily excuses herself and calls Spencer, Spencer has been going through the stuff they found at Ali’s house all day. She realizes that Elliot made a mask and wore contacts to pretend to be Wilden and haunt Alison and make her seem crazy.

Aria and Hanna wind up in a strange little Amish town. Elliot said that was where he was from – but no one remembers them. A little Amish girl follows them around. She says her name is Eliza, then she reveals that Hanna and Aria look just like the dolls that her friend Charlotte gave to her to play with. According to Eliza, Charlotte and Elliot used to visit her all of the time. And, she says that she even saw Elliot and Charlotte kissing before. When Aria and Hanna are leaving – Hanna recognizes a tool hanging on the fence that was used to torture her when she was kidnapped. Aria is horrified to realize her friend was hurt with a cattle prod, she promises Hanna that Elliot will pay for it.

Caleb arrives at the house and finds Spencer going through all of this evidence that they found at Elliot’s house. Caleb wants to talk about what happened between them earlier. He tries to explain that a part of him will always love Hanna, but he wants to be with Spencer. Spencer is suspicious, she thinks that Caleb is only saying that because Hanna is unavailable. Spencer cries that she loves him, but she wants to be with someone that loves her back.

Later that night, Emily crashes Toby’s engagement party. She tells him that it can’t wait until tomorrow, she fills him in on what they learned about Elliot and Mary, and says that Alison is in danger. She gives Toby the file that she stole from Spencer’s purse and he promises to call her.

Elliot returns home, and he realizes that the key to his lockbox has been moved and someone was going through his stuff. He grabs everything and tosses it in a bag and rushes out of the house.

Emily heads to Spencer’s house, Spencer is still going through all of the pictures that Aria took. They find proof that Elliot was drugging Alison before her trip to Welby and making her have hallucinations.

That night Alison wakes up in Welby and Elliot is standing over her, he says that there has been a “change of plans.”

Emily wants to go to the police, but Spencer and Hanna think that it is a horrible idea. Spencer goes to get the file out about Mary Drake and realizes that it is missing. Emily confesses that she gave it to Toby, and Spencer is furious.

Emily gets a mysterious text message from Elliot’s phone – it says SOS and has her location. They realize that it must be from Alison and she was able to get a hold of his cell phone.

After the engagement party is over, Toby sits down at his laptop to go over the file that Emily gave to him. Yvonne wants Toby to come to bed already, he promises to hurry up. Toby does a search on Elliot Rollins and realizes that it is a fake name, the real Elliot died in the 1950’s.

Alison is riding in the car with Elliot and pretending to be asleep. Elliot drives in to the woods and Alison attacks him and he stops the car. She hops out and makes a run for it. Meanwhile, the liars are tracking Elliot’s phone and driving through the woods. Hanna hits the breaks when she sees Elliot running in front of the car, but it is too late, she crashes in to him and kills him and they all sit in the car in shock.