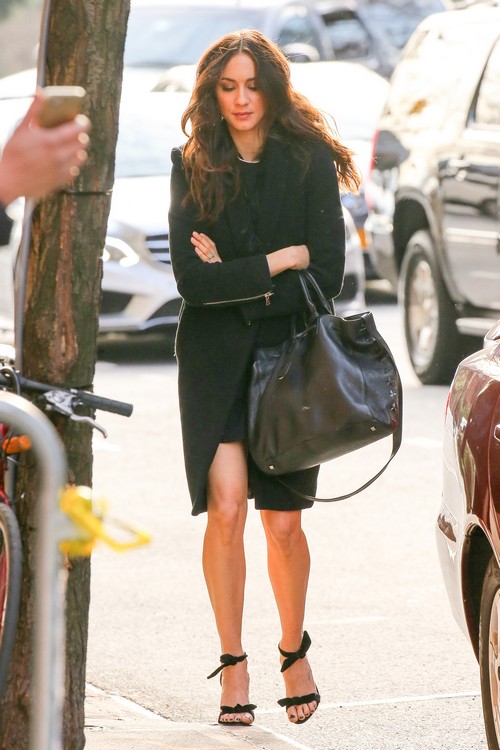 The Pretty Little Liars Season 6 premiere aired this week on ABC Family (now called Freeform) – and everyone is buzzing about the PLL spoilers floating around. Of course, fans are intrigued by the new mystery that unraveled in the premiere – ‘Who Killed Charlotte?’

Pretty Little Liars spoilers teased that there would be a time-jump during the Season 6 winter premiere, and time would fast forward five years in Rosewood. And, a lot has definitely changed in five years! But, the most shocking change by far is the dynamics of Spencer Hastings and Caleb Rivers’ relationship.

During the premiere it was revealed that Caleb and Spencer are both single – and apparently have stayed in contact. They are so close that Caleb is actually staying in the Hastings’ barn, and was offered a job on Veronica Hastings’ Senate campaign!

Caleb and Spencer’s exes Hanna and Toby were just as baffled by their new found closeness as the Pretty Little Liars fans at home. Pretty Little Liars spoilers and rumors have been floating around for quite a while that Spencer and Caleb would be hooking up in Season 6 – and it looks like they might actually be coming to fruition!

Troian Bellisario sat down with Bustle for an exclusive interview and dished on the dynamics of Spencer and Caleb’s relationship – Troian didn’t confirm that the two characters were dating, but she didn’t exactly deny it either!

Here’s what the PLL actress had to say, “”First of all, they’re consenting adults that have aged five years. And while of course you would hate it if one of your best friends got involved in a relationship with whom you loved in high school — that would be a huge betrayal — you don’t know these people after five years. They’re very different. They’ve gone through a lot of different things.”

What do you think PLL fans? Would Spencer and Caleb commit the ultimate betrayal and begin dating? How will Hanna and Toby react? Let us know what you think in the comments below and don’t forget to check CDL for our weekly Pretty Little Liars recaps!

Celebrities were spotted at ‘The View’ in New York City, New York on January 12, 2016. While they were heading in, some stopped and posed for pictures with fans. FameFlynet