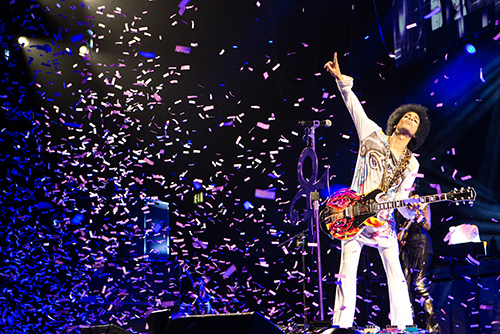 While the world is still shocked from the passing of music legend Prince, a new revelation suggest his business empire was out of control even before his death. According to sources close to Prince, the singer known for his comprehensive work, glamorous stage presence, flamboyant dress and makeup, as well as his wide vocal range, regularly switched up his team of advisers, specifically when he didn’t agree with them, reports TMZ.

But that’s not all, the “Do Me, Baby” crooner did not have strong attorneys with skills needed to place business affairs in order and handle a music catalog like his.

The sources further reveal that Prince’s sister, Tyka, has been in charge since his death. However, sources noted that even managers at his label, Warner Bros, do not have details as far as rights to his songs are concerned.

Reports on TMZ claim Prince’s fortune, about $300 million, are inflated, and now it’s nearly half of that. Though the remains of Prince were cremated, Yvette Noel-Schure, the publicist for the late music icon noted that “their final storage will remain private.”

Noel-Schure added that family of the late musician, along with his friends and fellow musicians, got together Saturday for a private memorial service for Prince, who passed away at his home in Minneapolis on Thursday.

The pop icon who sold more than 100 million records worldwide was last spotted at 8 p.m. on Wednesday as he was dropped off at Paisley Park, his home and recording studio in Chanhassen, Minnesota, according to reports on CNN.

A staff member reportedly called 911 after finding him unresponsive in an elevator, but paramedics were not able to revive him and he was eventually pronounced dead at 10:07 a.m. An autopsy was conducted Friday at the Midwest Medical Examiner’s Office in Ramsey, Minnesota; however, it’ll be days or even weeks before results are complete.

No apparent signs of trauma were found on the late musician’s body, Carver County Sheriff Jim Olson revealed in a news conference Friday. This suggests that he (probably) did not commit suicide. “We are going to leave no stone unturned with this and make sure the public knows what happened,” Olson added.