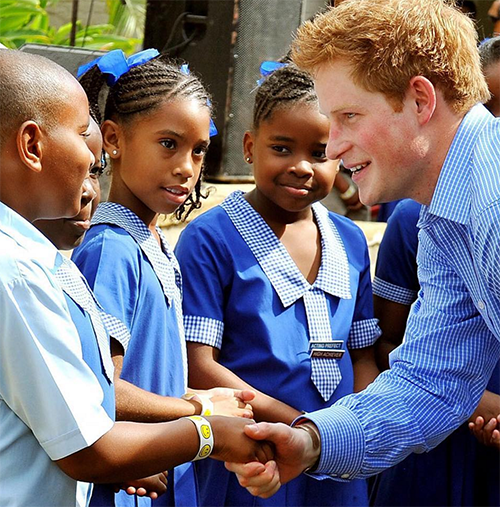 Prince Harry might be one of the most popular members of the British royal family, but it looks like his self-esteem is about to take a huge blow. There’s new speculation that Harry is worried that he might go bald like his brother Prince William. Apparently, he’s seeing signs of some serious hair loss.

Baldness runs in the family for Harry and even though the young royal is only 32, he’s showing signs of a bald patch already. One source even told In Touch Weekly that Prince Harry is absolutely terrified over it, adding that he’s already losing it at the crown of his head.

If that weren’t enough, Prince Harry knows that his brother Prince William has been mocked and ridiculed for years now over his hair loss and he doesn’t want the same thing happening to him. While William is married to Kate and has a family of his own, Harry is still looking for the right woman to call a wife of his own. There’s no doubt that he’s worried that his hair loss might be detrimental to his public image as one of the world’s most eligible bachelors.

Prince Harry has seen how his brother William had a hard time coping with his hair loss and bald patch and how it’s made him miserable over the years. He’s gone from a teenage heartthrob to an always tense, uncomfortable and awkward person in the spotlight, and it’s mostly due to him being self-conscious about his looks. Harry doesn’t want the same thing to happen to him as well, but unfortunately there’s only so much he can do to keep the hair that’s already on his head.

Sure, he can completely shave the hair on his head altogether, but Harry knows that his grandmother Queen Elizabeth would never approve of such a bold look. It might be a good idea for a celebrity, but not a member of the British monarchy. Yet, Harry doesn’t want to be stuck with the reputation of a balding playboy who can’t settle down. In other words, he doesn’t want to be known as another Prince Albert II of Monaco. 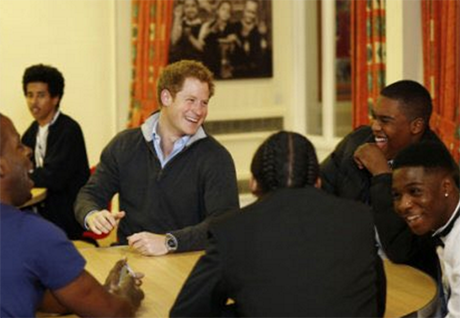 Tell us, do you think Prince Harry is worried he’ll be mocked like Prince William for his baldness by the press? Let us know in our comments section. Also, check back with CDL for all the latest news on the royal family right here!

Prince Harry will undertake an official visit to the Caribbean, on behalf of Her Majesty The Queen between 20th November and 4th December. HRH will visit seven countries including the Realms of Antigua and Barbuda, St Kitts and Nevis, St Lucia, St Vincent and the Grenadines, Grenada and Barbados, as well as visiting Guyana on behalf of the Foreign Office. A Kensington Palace Spokesperson said: “Prince Harry is honoured to be representing The Queen, in the year of her 90th birthday, particularly as Antigua and Barbuda, Barbados and Guyana mark their own important anniversaries of independence. Prince Harry holds special memories of his last visit to the Caribbean, and of the warmth, friendliness and sense of fun that comes so naturally to this region. This visit will allow Prince Harry to experience more of the unique and individual cultures and traditions of these special Commonwealth Realms and countries.” 📸 PA

“We have a big vision for Coach Core and want to make it possible for young people all over the country to take part in this programme” – Prince Harry with Terrell Jordan, a London Coach Core graduate who joined the scheme straight out of school at 16, and is now one of the Royal Foundation’s first apprentice coaches.