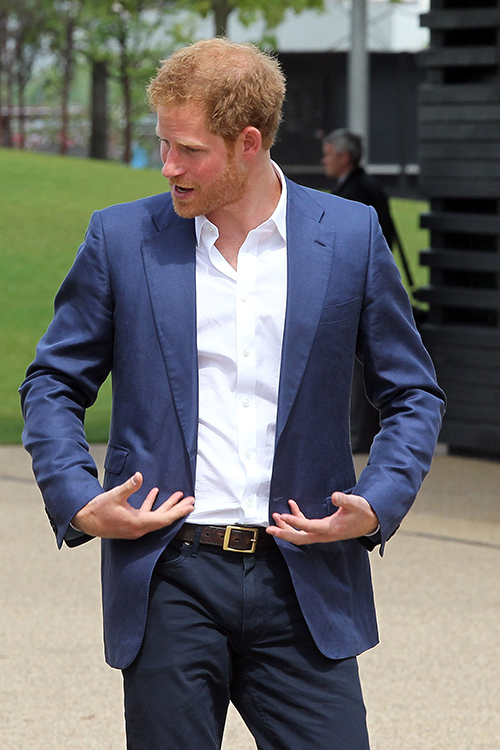 Claims made by Prince Harry and singer Ellie Goulding that they are just friends aren’t being received too well – Kate Middleton doesn’t believe them – especially when this isn’t the first time the two have been romantically linked. They were spotted late last month at the Audi Polo Challenge at London’s Coworth Park sharing a smooch beneath a blanket.

Onlookers claimed the two appeared to be very much into each other during the tournament.

THIS polo match was one of the first events attended by the Ginger Prince after his return from Orlando and his widely publicized Invictus Games. While there, Harry charmed every female from infancy to elderly. Not even the First Lady, Michelle Obama, could resist Harry’s humor and charisma. No wonder Ellie Goulding appears totally taken with him!

A source disclosed to The Sun that “Harry got Ellie’s number a while ago and got in touch. They’d always got on very well through their various meetings after she was the wedding singer at Kate and William’s wedding reception.”

This makes us wonder how long this relationship that isn’t really a relationship has been going on? How long have things really been serious between the two? When did everything really start to smolder? Has this been hush-hush for over five years since Prince William and Kate Middleton’s wedding?

The source continued, describing how things have heated up between the 31-year-old prince and the 29-year-old songbird, “But things stepped up a gear and they had been in touch in recent weeks and their first really public meeting since was at the polo.”

After the match, Prince Harry and Ellie Goulding didn’t let the night slow them down. The pal told The Sun about the good times had by all, but especially between Harry and Ellie: “It turned into a real party late into the night and there was a complete ban on taking pictures so Harry and the other celebrities there could feel comfortable. Harry was really going for it after the polo – he was drinking and dancing.”

The pal said Tom Hardy was part of their larger group; but that despite everyone else surrounding them, Harry and Ellie “only had eyes for each other all night.”

What do you think Kate Middleton and Prince Harry’s brother, Prince William, have to say about this possible secret romance?