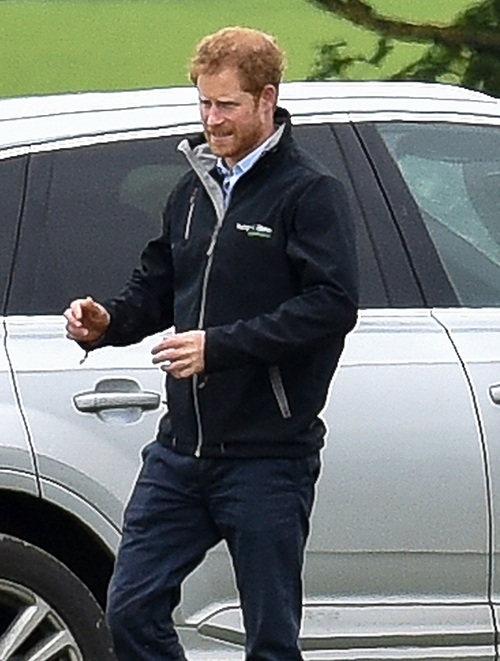 Margot Robbie has been dating assistant director Tom Ackerly ever since 2014 when the two met on the set of the World War II drama Suite Francaise and are supposedly very much in love. The actress’s relationship with Prince Harry, however, seems to be too much for Tom Ackerly, who feels threatened by the Royal’s ongoing attention. According to an OK! Magazine source, “Harry is definitely causing tension in their relationship. Tom thinks Harry is being disrespectful given the fact he knows Margot has a boyfriend.”

Margot Robbie, who plays fan-favorite Harley Quinn in the new Suicide Squad movie, revealed to E! News earlier this month that she enjoys a texting relationship with Prince Harry, who happens to be one of the world’s most eligible bachelors. The Australian actress met Prince Harry through Cara Delevingne, Margot Robbie’s Suicide Squad co-star, and have been keeping in contact with each other via text ever since meeting.

Does Tom Ackerly have reason to be jealous of Prince Harry and Margot Robbie’s relationship? Prince Harry is one of the world’s most eligible bachelors: incredibly rich, extremely handsome, and a real-life prince. The Royal does not have a confirmed girlfriend at the moment, though it is rumored that he is dating his long-time friend, the recently divorced Greek heiress Athina Onassis. He has also shown in the past that he has a penchant for hot young blondes (Chelsy Davy and Cressida Bonas.) Although Tom Ackerly has his own appeal, any man would be hard pressed to compete with Prince Harry for a woman’s affections.

Maybe Tom Ackerly should suggest a romantic vacation with Margot Robbie; preferably one that is off the grid. Way, way, off the grid, far away from enticing royal princes.

What do you think? Is Prince Harry trying to woo the Suicide Squad actress? Does Prince Harry unfairly have a reputation as a womanizer? Is Tom Ackerly right to be jealous of Margot and Prince Harry’s texting relationship? Who would be a better boyfriend for Margot Robbie—Tom Ackerly or Prince Harry?