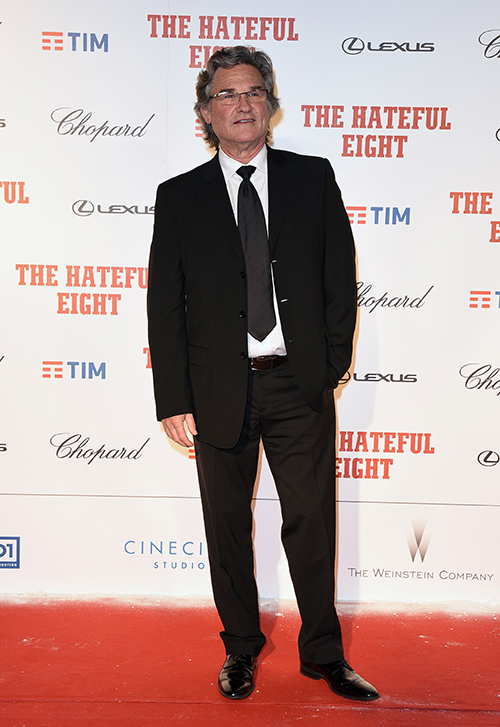 Princess Diana’s was so tormented by Royal life that she needed to hide from Prince Charles at Kurt Russell’s Colorado home. The Princess of Wales brought Prince William and Prince Harry along to enjoy a 10-day stay at Russell’s remote ranch.

GLOBE reports that Kurt met the Prince and Princess of Wales in 1991 at the premiere of the movie “Backdraft.” Russell divulged that he was “in between the two, kind of interesting at the time!” Interesting? Diana and Charles were battling over the Prince of Wales no-longer-secret affair with Camilla Parker-Bowles. It’s nice that Mr. Russell got a chuckle out of Diana’s pain.

But Kurt wasn’t completely unsympathetic! Princess Diana felt comfortable enough with this virtual stranger to confide in Goldie Hawn’s significant other and cried on the actor’s shoulder. Diana poured her heart out to Russell, telling him that the constant and unrelenting attention from the press was maddening.

So what did Kurt Russell do to comfort Princess Diana? Kurt extended an invitation to come and stay at his Colorado home anytime the Princess of Wales desired. And Diana took Kurt up on the offer.

The Princess of Wales was “desperate and terrified” and took off for America to get away from Prince Charles, Camilla Parker-Bowles, and the paparazzi. Diana didn’t come alone, she brought Prince William and Prince Harry along. Kurt Russell revealed the trio had a very good time out there in the middle of nowhere with no prying eyes watching Princess Diana’s every move.

But the time spent away from Britain and Prince Charles didn’t save the doomed marriage, did it? Prince Charles and Camilla continued their affair and nearly a year after meeting Kurt Russell, they separated. Charles and Diana’s divorce was finalized five years later.

Why share all this intimate information now? Kurt is out promoting his latest movie “The Hateful Eight” and, apparently, decided it was a good time to let everyone know what a great friend he was to Princess Diana, Prince William, and Prince Harry.