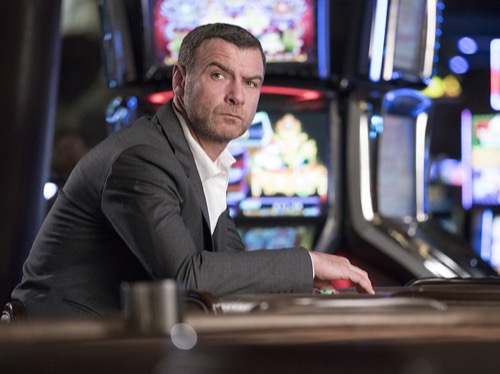 ‘Ray Donovan’ season 4 spoilers reveal that in episode 5 ‘Get Even Before Leavin’’ Ray [Liev Schreiber] and Mickey Donovan [Jon Voight] will take a little road trip to Primm in order to reclaim the money stole from Little Bill Primm’s casino.

Ray reminds Mickey there is a $250,000 reward out there for anyone who can bring Mickey in. The Donovan patriarch assures his son, “I’ve done this a thousand times, I’m a professional.” Yes, a professional who has messed up many a heist and spent two decades in prison. Ray really should know better, especially when Abby Donovan [Patricia Malcomson] calls her husband and says, “I got a bad feeling about this Ray.” 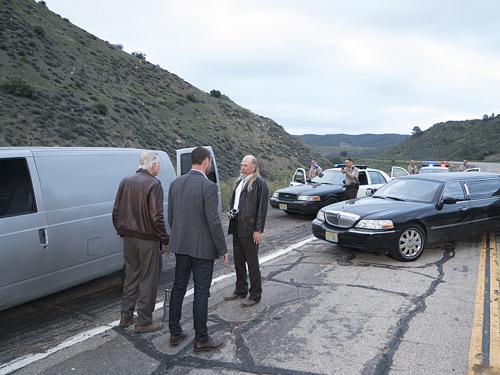 The road trip isn’t just about money for Ray and Mickey. Father and son will settle a few scores with people who are getting in their way. Ray has a knack for eluding the law, but not this time – Mickey and Ray will be arrested. 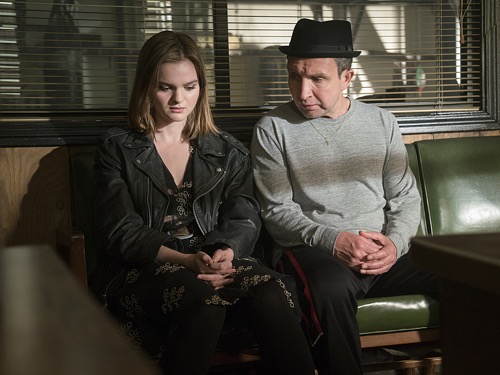 Abby’s attention is focused on Bridget Donovan [Kerris Dorsey]. Bridget is home and from the look of things it appears all is not well with her older boyfriend. While Bridget is once again occupying all of Abby’s time Conor Donovan [Devon Bagby] is up to no good and someone may get hurt.

In the ‘Ray Donovan’ season 4 spoilers for episode 5 Conor is shown holding a gun. Is it loaded? Will tragedy strike the Donovan’s’ in their own home yet again? 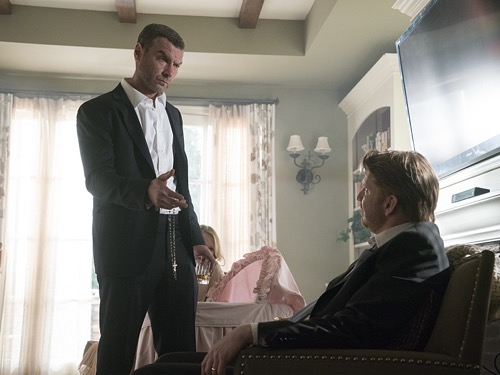 Things have gone from bad to dangerous with Teresa Donovan [Alyssa Diaz and Bunchy Donovan [Dash Mihok]. Teresa is obviously suffering from severe post-partum depression. As Bunchy and Teresa sit together Teresa reveals, “Last night I wanted to take a pair of scissors and stab you, then me, then the baby.”

Bunchy is ill-equipped to deal with Teresa’s post-partum depression. Before the new father is able to get help Teresa takes off. The ‘Ray Donovan’ season 4 spoilers for episode 5 indicate that Teresa either leaves baby Maria behind or disappears with the infant.

As Ray and Mickey are getting arrested and Bunchy’s life is falling apart, Terry Donovan [Eddie Marsan], despite his battle with Parkinson’s disease, is back in the ring and training his protégé. Hector Campos [Ismael Cruz Cordova] shows up at Fite Club after a nearly deadly drug overdose.

Daryll Donovan [Pooch Hall] offers to be Hector’s sparring partner, but Hector seems more interested in Terry and his protégé.