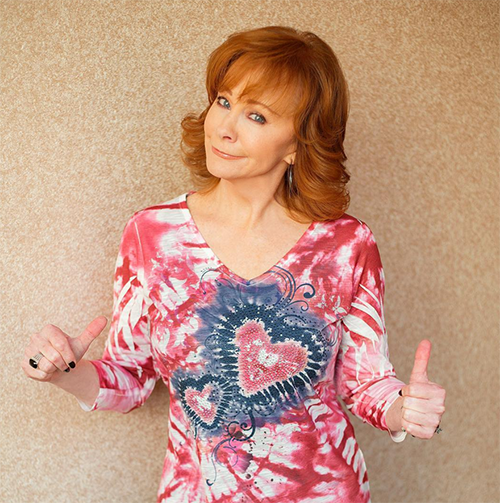 Reba McEntire regrets divorce and admits it was Narvel Blackstock who wanted an end to their marriage. The 60-year-old country music singer, actress and songwriter admitted that divorce was by no means her idea. In fact, it was all propelled by her ex-husband Narvel Blackstock who had grown increasingly unhappy in their relationship. Speaking with Cody Alan of CMT Radio Live on March 1, McEntire revealed how difficult the year 2015 was for her considering it saw the end of the marriage after 26 years.

In August 2015, Reba and Narvel released a joint statement through her website Reba.com that the couple had separated several months before. Throughout the ensuing months, the couple remained pretty tight lipped about the entire situation. Fans were left to wonder about a possible reconciliation but also faced the dismal possibility of divorce. Then, via her Facebook page, Reba McEntire sadly announced that their divorce was finalized later in October 2015.

How did the Reba TV series star proceed with her career after the end of a union that lasted 26 years and produce one son, Shelby Blackstock? This must have been especially difficult considering Narvel Blackstock was not only Reba’s husband but also her manager of 35 years.

In her interview with Cody Alan, Reba was very frank and admitted their separation was unwelcome, and divorce was even the furthest thing from her list of targets for the year. As a consequence, getting accustomed to life as a single 60-year-old woman was difficult. However, she went ahead in a selfless manner as she realized her ex-husband was simply “…not happy…” and it was impossible to ignore.

Her decision was further prompted from an appreciation that life was too short to be miserable; it was the realization that her Narvel Blackstock was at that stage that really prompted the decision. Alan asked how McEntire handled this massive change in her life, particularly how she has had to react the shadow brought by divorce. Reba bravely equated going through divorce to a game of marbles when she said, “I just thought it was the best thing to, go take my marbles and go play somewhere else…”

The support of family, friends and colleagues was also instrumental in her adjustment to life after Narvel Blackstock as reported by E! News on March 3.

Staunchly, Reba is indeed bouncing back as she and ex-husband Narvel Blackstock continue their business relationship in an amicable manner. This is, of course, the best course of action, as their son, Shelby Blackstock, is an unbreakable bond. Additionally, Narvel still holds the position of manager as his ex-wife continues to produce the soul-thrilling music her fans are accustomed to. Further example of this came on January 25 when Reba released a new single “Just Like Them Horses.”