BY Stormy Elizabeth on May 18, 2016 | Comments: one comment
Related : Reign, Spoiler, Television 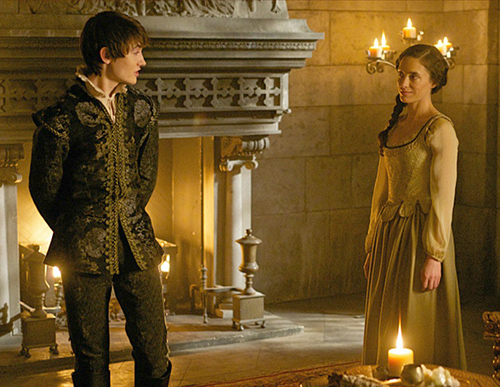 ‘Reign’ spoilers for Season 3 Episode 15 ‘Safe Passage’ on Monday, May 23 tease that Mary (Adelaide Kane) will finally make the trek to Scotland, but only if events in France don’t get too dangerous for her allies. Can she leave them behind while they’re in danger?

Queen mother Catherine (Megan Follows) knows that the red knights have set her up to make it look like she poisoned General Gaghan (Patrick Gallagan) and the other military leaders just like she and Henry killed the 13 back in the day.

King Charles (Spencer Macpherson) and his mother are in a panic and call in Lord Narcisse (Craig Parker) to help them. He’ll be stunned to see the dead general and his men and they have to figure out how to deal with this. They can’t hide the bodies from the lethal feast, can they?

Mary and Bash (Torrance Coombs) are also shown the awful outcome. Can the royals simply pay the men at arms what they’re due and brush this under the rug. It doesn’t look like it. Just how many murder accusations can Catherine weather before she’s exiled or executed?

Mary, meanwhile, learns from Lola (Anna Popplewell), thanks to info she scored while at Queen Elizabeth’s (Rachel Skarsten) court, that she has a chance to get safely to Scotland – but only if she acts quickly and sneaks out of France on the sly.

Remember that Bash told Mary he was coming with her to Scotland to be the one person she can trust – plus, he still loves her. But it looks like Mary can’t take him, because Charles and Catherine need Bash there to protect them.

Mary has to choose between this chance to get back to Scotland versus protecting her close allies in France, and we’ll see Mary on horseback pulling a sword to face down enemies. She announces, “I am Mary Queen of Scots” and looks ready to fight. But is that in France or her native land?

Bash brings in the seer Delphine (Alexandra Ordolis) to meet with King Charles. Can she help them sort out the mess of who is scheming against Catherine and Charles? Catherine wants Mary to go take back Scotland and will tell her it’s time for them to be queens of their own nations.

Teaser trailers for the episode show that Mary may be able to accomplish both her goals and could see the House of Valois safe before she takes a stormy journey via ship back to Scotland. There are just four episodes left in Season 3 and things are definitely picking up.

It looks like the only one of Mary’s ladies left to her is Lola, who awaits her on the other side of the English Channel. But will Elizabeth continue to hold onto Lola as an assurance of Mary’s cooperation not to come after the throne of England?

And what danger will Mary face with John Knox making trouble for Catholics in Scotland? Will we see Mary take up arms against a threat in Scotland? Either way, there’s trouble ahead for the Queen, and we should see Season 3 wind down with her fight to hold the throne in Scotland.

Come back to CDL for more ‘Reign’ spoilers, as well as a LIVE recap of ‘Reign’ Season 3 Episode 15 ‘Safe Passage’ on Monday, May 23 and share your comments below on what you hope is next for Mary.