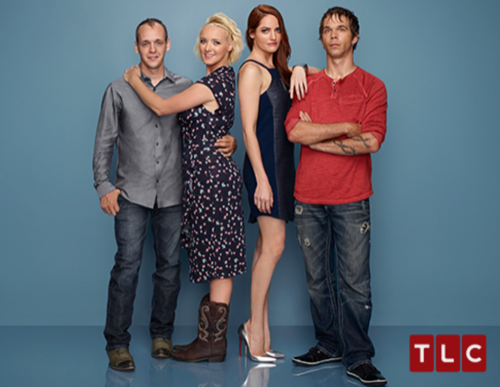 Tonight on TLC Return to Amish, the Breaking Amish spin-off airs with an all new Sunday, August 21 season 3 episode 7 called “The Announcement,” and we have your weekly Return to Amish recap below. On tonight’s episode, Kate goes to Los Angeles for a chance to make a name for herself at Fashion Week; Mary mulls her fate in Pennsylvania.

On the last episode, an Old Christmas celebration brought the cast back to Pennsylvania. Did you watch the last episode? If you missed it, we have a full and detailed Return to Amish recap right here for you.

On tonight’s episode as per the TLC synopsis “Kate goes to Los Angeles for a chance to make a name for herself at Fashion Week; Mary mulls her fate in Pennsylvania; Abe and Rebecca make a decision about his teeth; Sabrina gets news about her daughter’s custody; Jeremiah makes an announcement.”

Technically the fight was a longtime coming between the two however it was still surprise for some when Jeremiah all of the sudden began to target Kate at Old Christmas Dinner on tonight’s episode of “Return to Amish”.

However, Jeremiah would later swear that everything he said about Kate was true. He had told Kate that she wasn’t really a friend to their circle because she wasn’t around much and hardly spent anytime with them. So he thought he was in the right when he said that Kate was ashamed to be around them as well as being embarrassed about having to grow up Amish. Kate though didn’t think the problem was her. She said that she tried to stay connected as much as she could wish was more than she gave anyone else and so Kate didn’t know what she should do to prove that she wasn’t ashamed of them. And Jeremiah didn’t know how to bring anything to the table besides accusations.

Jeremiah tends to throw out things yet he rarely offers up any solutions afterwards and so he kinda of leaves to other people to simply get what he’s trying to say. Jeremiah had said that Kate was ashamed of where she came from and couldn’t say why he thought that or even suggest what she could do to get rid of that impression. Though one of Jeremiah’s biggest problems turned out to be Kate’s job. Kate was initially working as a model and making a career of that before she went back to school and decided that she needed to think long term. So there hadn’t been a moment in Kate’s life since leaving the Amish Church where she was at loose ends and had as much free time as everyone else.

Jeremiah on the other was just now getting used to an everyday job. So Kate and many of the others think that’s why Jeremiah believes Kate is hardly around. She’s never let the dust settled under her feet while he had spent years just drifting from one money making scheme to another. Yet, that wasn’t Kate’s fault and let’s not forget that she had let the group stay in her one-bedroom apartment for weeks on end because she did care about them. Even if Jeremiah refused to see it and was prepared to deny how good of a friend she’s been, but again that wasn’t Kate’s problem. And a lot of people stood up for her when Jeremiah tried to attack her character.

Sabrina, Rebecca, Abe, and also Mary had defended Kate. So no one else sees what Jeremiah apparently does. But when the Old Christmas Dinner was over and Kate went back to New York, the group ended up having to deal with a few other things. Mary had moved to Lancaster recently because she wanted to join a new Amish Church now that the one in Punxy kicked her out however it seems like there are probably too many options to choose from and there were still people in Punxy that needed her. Mary had left behind most of her children and her husband in Punxy so the new church she was looking for in Lancaster needed to be a place that her husband wouldn’t mind and that would hopefully be a good fit for Esther.

Esther and her sister Katie Ann had gotten into a car accident though they weren’t badly injured so Mary was truly grateful. However, Mary hadn’t liked finding out that Esther had been in a car. Mary it seems was determined that Esther not go English so she wanted her daughter to stay away from such temptations like driving and just focus on staying in the Amish Church. Meanwhile all Esther wants to do is go English. Esther is a new face this season and so one of the few things anyone knows about her is that she wants to go English. She likes their clothes, their technology, and if her mother wasn’t so opposed to it then she probably would have gone full English by now instead of getting stuck in the in-between. Much like Mary how Mary is.

Mary was Amish and still wanted to be Amish yet she’s toed that line between Amish and English quite frequently. Mary has done makeovers and has gone out to bars. So her sudden reluctance with Esther didn’t make much sense. Though Mary’s strange behavior might have something to do with her son Andrew and what happened to him in the English world. Andy has been in and out of prison since turning his back on the Amish way of life and Mary blames that on the drugs and his English lifestyle that he seemingly shares with his wife. Andy’s wife Chapel had recently gotten arrested as well because she had also gotten mixed up in drugs so Mary wanted him to stay away from her and try starting over.

Yet, Andy didn’t really want to start over with anyone besides Chapel and Esther still wanted to go English. So there was one thing that all of Mary’s children wanted to do and that was run their own lives. They loved their mother and they wanted to support her, but they also wanted to make decisions for themselves and live without her passing judgment. Which is sort of hard for Mary. Mary was literally supportive of everyone except when it came to her children’s life choices and that’s why it took her so long to warm up to Rebecca much less the idea of allowing Esther to get her ears pierced. And while Mary was dragging her feet on simply choosing a church, Sabrina finally went and had her court date.

Sabrina was fighting to regain custody of her daughter and tonight she got back some great news. Sabrina had been told by the judge overseeing her case that she would get custody of her daughter back in the next two months. Apparently Sabrina had done everything that she was supposed and that had showed the judge how far she was willing to go to regain custody. So now that Sabrina was in a better place and was finally reaching her end goal – leave it to Jeremiah to suddenly have a secret. Jeremiah said that he’s been holding something back for while from his friends and naturally that had gotten some backs up. But it turns out that Jeremiah’s big secret was that he was getting married and so that came a huge surprise to everyone.

And it definitely threw Sabrina. Sabrina and Jeremiah’s relationship was complicated which in this case meant there was always a flirtation that felt like it was going to end in a Ross/Rachel kinda way. Though his fiancée put an end to that. Jeremiah said that his girlfriend was special and technically she was the only woman he’s ever talked about marrying. So everyone was excited for him and the only Debbie Downer proved to be Sabrina. Sabrina said that she hoped he wasn’t making a mistake or rushing into things. And therefore she was the only one that wasn’t showing excitement for the wedding.

The wedding by the way was going to be in Washington and so everyone promised to make it. However, Kate was doing her internship out on the west coast for its Fashion Week, Abe had finally decided to pull his teeth, and Mary had ultimately made a decision about her life in Lancaster. So there were plenty of chances for things to go wrong next week although it seems like Jeremiah might just ruin his own wedding with his behavior so stay tuned for that!