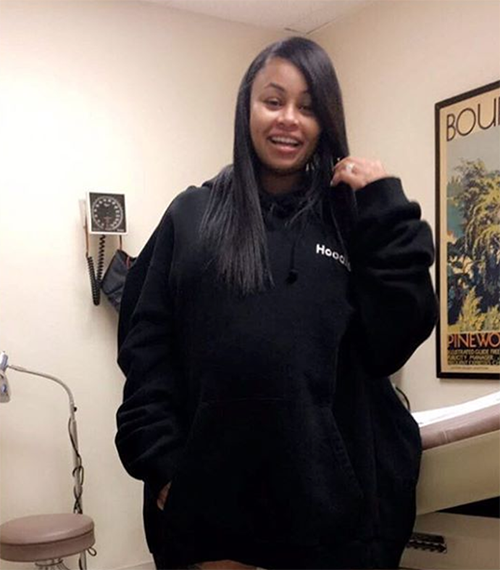 Rob Kardashian is apparently already thinking about profiting over his baby with Blac Chyna. There are new reports suggesting the ‘Keeping Up With The Kardashians’ star is hoping to cash in by bringing in television viewers into the delivery room when Chyna gives birth to his first child.

According to Naughty Gossip, Rob Kardashian and Blac Chyna are hoping to score big by raking in hundreds of thousands of dollars by bringing in reality television cameras into the delivery room – the same way his older sister Kourtney Kardashian did several years ago.

Knowing that viewers are going to want to see all the drama that goes down before Chyna gives birth – along with seeing the first glimpse of Baby Kardashian – Rob wants to use it as an opportunity to make money. Even though television producers haven’t confirmed anything yet, some critics are already saying that Rob is acting worse than his sisters Kim Kardashian and Kourtney Kardashian by trying to publicize the birth of his child.

Sources tell the site that the couple is hoping to show footage of the birth along with Chyna’s baby shower, which happened to take place during the same time as Kim Kardashian’s Paris robbery back in September, in which she was allegedly held at gunpoint inside her apartment.

Of course, anyone who has been following Rob’s personal life knows that the last thing the once reclusive reality star would want us to make a moment so special like the birth of his first child be so open for the public to see. Rob was doing everything to stay as private about his personal life as possible until, of course, Blac Chyna came along. Now, he’s reverting back to his family’s habits of showing the world every second of their lives, including all the good, the bad, and the ugly, for as much publicity and media attention as possible.

Rob might act like he hates Kim Kardashian and the rest of his sisters but, in reality, he’s no different than they are, especially if he greenlights plans to show Chyna’s labor and delivery on the small screen.

Would you tune into see Blac Chyna give birth in front of the cameras? Is Rob acting the same way as his Kardashian sisters, who he once despised so much that he refused to talk to them? Drop us a line in our comments section.

Also, check back with CDL for all the latest news on Rob Kardashian and Blac Chyna.

I think both of my girls are Happy now ☺️