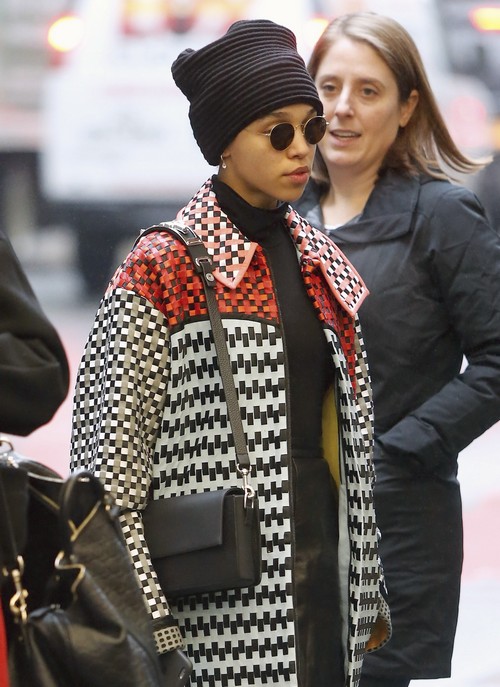 Is Robert Pattinson cheating on FKA Twigs? Since the Twilight star and Twigs announced their engagement over a year ago, cheating rumors have plagued the couple – but it is usually FKA Twigs that is the one doing the cheating.

According to a new report, R-Patz might not be all that faithful either, and the actor was reportedly spotted kissing another woman!

In Touch Magazine is reporting that Robert Pattinson was spotted in Beverly Hills coupled up with a mystery woman, and it was most definitely NOT his fiancée FKA Twigs. An eye witness dished to In Touch, “Rob couldn’t keep his hands off this one girl. He was kissing her and putting his arms around her all night.”

The source went on to tell the tabloid, “Rob looked like he was into this girl. They seemed to have a lot to talk about and were really enjoying each other’s company.”

Of course, it is no secret that Rob and Twigs have been having relationship problems – that became abundantly clear since the couple still hasn’t set a wedding date and they are spotted apart more than they are spotted together.

Plus, there was that whole “open relationship” drama with Twigs – who is such a free spirit she wanted to be able to love more than one man or woman at a time.

At this point, we’re not even sure that we would call kissing another woman cheating. After all, FKA Twigs’ bizarre interpretation of a monogamous relationship leaves quite a bit to interpretation. And, if Robert is sneaking around behind Twigs’ back – who could blame him?

The guy obviously wants to settle down with someone, and Twigs has been giving him the run around for months.

What do you guys think? Is Robert Pattinson cheating on Twigs? Or is it possible the couple has simply broken up and he has a new girlfriend? Who do you think the mystery woman is? Let us know in the comments below!