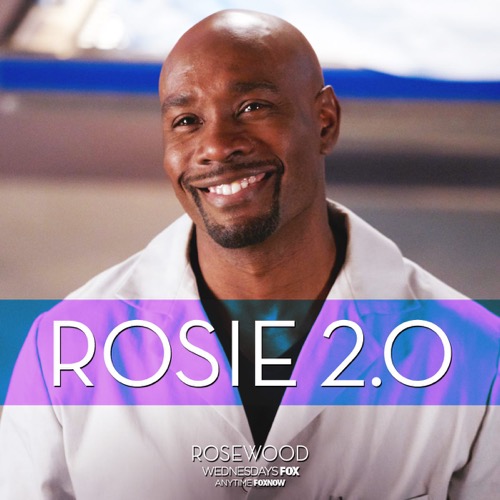 Tonight on FOX Rosewood airs with an all new Wednesday April 20, season 1 episode 17 called, “Silkworms y Silencio” and we have your weekly recap below. On tonight’s episode a telenovela star’s murder compels Rosewood (Morris Chestnut) and Villa to examine their own relationship in the context of off-screen drama and mystery.

On the last episode, a case hit close to home for Rosewood during the investigation of the suspicious death of a man whose condition mirrors his own. Did you watch the last episode? If you missed it, we have a full and detailed recap right here for you.

On tonight’s episode as per the FOX synopsis, “a telenovela star’s murder compels Rosewood and Villa to examine their own relationship in the context of off-screen drama and mystery. Meanwhile, Donna is not pleased with Erica’s influence on her son’s life; Rosewood’s Pontiac is stolen; and Villa reaches out to her mother.”

Rosewood had recently come to decision that he wanted to see where things went with Erica. Relationship wise! However, Erica was the type of woman that wanted to take things fast instead of slow and she was pushing Rosie outside of comfort zone on tonight’s episode of “Rosewood”. And he didn’t know how to handle it.

Rosewood was a good a guy so he had no idea how to tell his girlfriend that he didn’t feel comfortable with her cooking meals for his family at his place rather than her own. Or that her moving stuff into his place was both something new and scary at the same time. But Rosewood was saved, for a while that is, from having to deal with the problem head on because of the latest case. A telenovela superstar had been found dead at her apartment and foul play was suspected.

Maria De La Vina had been on the breakout hit Passion En Silencio and her death hadn’t been clear at first. Maria had been lying on the floor and her apartment had been ransacked so the police knew that something had to have happened because she couldn’t have just dropped dead. Yet, the confusion had come about because of the way the crime scene was staged. Things were knocked down and the drawers were all open. Only the very expensive laptop had been left right on the table.

So right away, the police knew that someone tried to stage a robbery and hadn’t bothered with actually going through with it seeing as Maria had been the endgame. Maria though hadn’t had much bruising on her body and except for the nasty gash wound on her forehead then it didn’t seem as if she put up much of a fight. And so both Rosewood and Villa had taken into account of Maria’s home which had set for a romantic interlude, but that led to them suspecting Maria’s on-again and off-again boyfriend who was also her coworker on the telenovela.

Antonio and Maria had a relationship was both hot and cold. However, Antonio was quite adamant when he said he hadn’t hurt her and his biggest fan (Villa’s mother) had thought the same. Villa’s mother had come down to the police station and she vehemently argued that there was no way Antonio could have hurt anyone much less Maria. And so Villa had received quite a dressing down from her mom. Who by the way had been offended that Villa could even think her favorite telenovela would do such a thing.

Only Villa had no choice. Antonio had admitted to go to Maria’s apartment and he said they had a passionate night yet he could have been lying to cover up the scratch marks Maria had left behind. So it wasn’t until Rosewood could dismiss Antonio as a suspect with factual evidence that they let him go. But, without Antonio, they had left right back at square one.

With one little difference! Someone had taken Rosewood’s car so his pride was hurting and he had been more than just a tad upset that none of the cops he works with had offered to help. So Rosewood could have been disheartened, but he went on to find evidence of strangulation that hadn’t made much sense. There had been marks later found on the victim that showed something must have wrapped her neck and so the doctors had been believed that was a good sign. Only the marks disappeared which shouldn’t have happened on a decomposing body.

So Pippy and Rosewood were trying to figure that out when a video literally fell into their laps. Villa had found a video of Maria and one of the writers arguing on set. And on the video, the writer who also happens to be a very good friend of Antonio’s could be overheard admitting to trying to kill Maria. Though Julia denied that the video had anything to do with Maria’s actual murder.

Julia said that she had only meant killing Maria on the show and, that while she loved Antonio, she wouldn’t kill him for him. So that’s when Julia fully described her relationship with Antonio. Apparently the two have worked closely together for the last ten years and they do have romantic feelings for each other however neither of them had ever acted on it. both Julia and Antonio had said that they had always worried about ruining their partnership so they never wanted to risk it.

Yet, that’s changed now because Antonio had found out Julia was being questioned and he had showed up at the police station. To see her and offer her his unwavering support because he didn’t think she killed the woman he nearly married. And once Julia had seen that he had come back for her, the two had finally decided to act on their feelings and admit they loved each other.

And so the only thing that could ruin the moment was the fact a killer was still on the loose. But Villa and Rosewood who both denied seeing Antonio and Julia had affected them had also received help from an unexpected source. It seems the two had gone back to the victim’s apartment because they were trying to match up what happened to how Maria got something shoved into her mouth and they ended up running Warren. Warren being the creepy neighbor that sees and knows everything.

So Warren had told him about another one of their neighbors who just so happens to like stealing Maria’s mail because he had a crush on her and it turns out the neighbor was using the same silk pocket square that had been found at the crime scene. And therefore the guys had their killer, but those disappearing marks had come about from the killer’s lotion. That had an ingredient in it that Maria was allergic to.

But Rosewood did eventually find his car and he had even hugged the little thief after the young man had come back to report what he had done. So that solve a second dilemma however this newfound awkwardness between him and Villa needed to be addressed. And so they talked again about being good friends – implying they both wished to stay good friends – before Rosewood went to dinner with his girlfriend and family.

And Erica ruined it all by putting up some fight to say grace.

As it turns out she’s not big on religion.