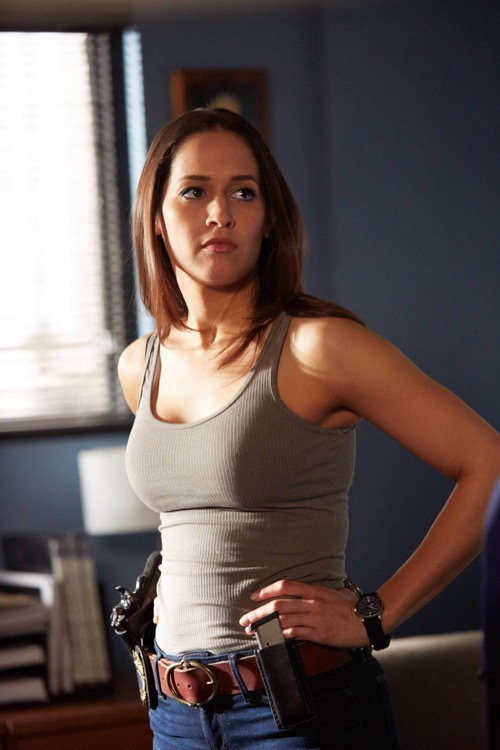 Tonight on FOX Rosewood airs with an all new Wednesday April 27, season 1 episode 18 called, “Thorax, Thrombosis & Threesomes” and we have your weekly recap below. On tonight’s episode Rosewood (Morris Chestnut) clashes with a rival pathologist on a case involving two bodies and a lot of cash washing up on the beach.

On the last episode, a telenovela star’s murder compelled Rosewood and Villa to examine their own relationship in the context of off-screen drama and mystery. Did you watch the last episode? If you missed it, we have a full and detailed recap right here for you.

On tonight’s episode as per the FOX synopsis, “Rosewood clashes with a rival pathologist on a case involving two bodies and a lot of cash washing up on the beach. Meanwhile, Daisie oversteps her boundaries after she moves in with her daughter; and TMI struggles to keep up with Pippy and Cassie.”

Villa had thought the natural choice for all the pathology work when both Anita and the regular Medical Examiner Neil were out of town would be Rosie on tonight’s episode of “Rosewood”. However, her captain had some rather unfortunate new for Villa. He said that his bosses have been coming down hard on him about doing his part with the latest budget cuts. And so Captain Hornstock thought the department could save money by using a cheaper freelance pathologist rather.

So admittedly Villa was worried. She generally doesn’t like working with new people and frankly she didn’t want someone else to swoop in to take Rosewood’s job as her partner. Yet, that’s where Villa thought her captain was heading. Not only had the captain tried to shut Rosewood out on Villa’s latest case involving two John Does, but he also tried to convince her to work with the new guy. And even show up him the ropes.

And therefore Villa she tried to warn Rosewood about said new guy. Mitchell Mendelson or Mitchie as he liked to be called was good at his job and he also went out of his way to get the others at the department to like him. So on his first day giving Hornstock his initial findings, he managed to beat Rosewood (that had taken on the case as practically pro bono) to the department as well as have the time to pick eclairs for everyone.

But despite Mitchie being someone that seemed credible, Villa and then later Rosewood kept trying to cut him out of the picture.

Their John Does had been found washing up on shore at the beach and they had both been retrained. Though what was missing was any forms of identification and one of the victims didn’t even have on pants. So at first guess, the victims didn’t look as if they knew each other and neither of their deaths hadn’t made any sense. And yet tests they ran on the victims eventually showed where the victims first went into the water so that had helped Villa with the case.

However, David Gaines’s widow had been the one to provide her husband’s name. She and her husband had just arrived in Miami which was supposed to be a romantic trip away together. Only the two later got into a fight. They had argued about money because they’ve been having problems in that area. So her husband had gone on of his usual walks that he tends to take whenever he gets into a fight with his wife.

Rosewood had come to see Mitchie as the threat he was and so he had finally taken Villa’s advice that maybe he should take the gloves off. Yet, he hadn’t been the one left looking good and he agreed to cross-check his work with Mitchie. Mitchie had apparently caught on to the fact that the victims were heavy into high-stakes gambling based on their posture. So that corroborated with what Villa found.

Villa found out that both men were heavy into debt. So that explained David’s money troubles and why he had talked his wife into coming to Miami even though they couldn’t afford it. It seems David and Johnny had been part of a trio partnership. Only the third guy was the one person that was still alive to collect whatever winnings there may be so Villa and Mitchie had gone to collect Sal. Albeit without Rosewood.

Which of course made Rosewood jealous. Rosewood had wanted to be the hero like always and he hadn’t appreciated the fact he had been cut out from talking to Sal. So he had come across as a bit overbearing when he had run into Villa later. And that had made her discount everything he was saying including the part where he told her he didn’t think Sal had killed his friends.

He said that he had a gut feeling, but she thought he didn’t want to give this win to Mitchie. Though once Rosewood had calmed down and he talked over the case with Villa, the two had come up with another theory of what happened to Dave and Johnny. So Rosewood had gone back to the lab and he had figured out that Sal hadn’t killed his friends because Dave and Johnny had killed each other.

Only don’t discount Mitchie just yet. Rosiewood had come to respect Mitchie over the course of them working together and so he eventually invited Mitchie to come work at the lab for him. And Mitchie seems to fit right in with both Pippy and TMI. Who have gotten even happier now that Pippy’s longtime friend is no longer trying to split them up.

Though Hornstock was surely playing it fast and loose seeing as he’s now dating Villa’s mother.