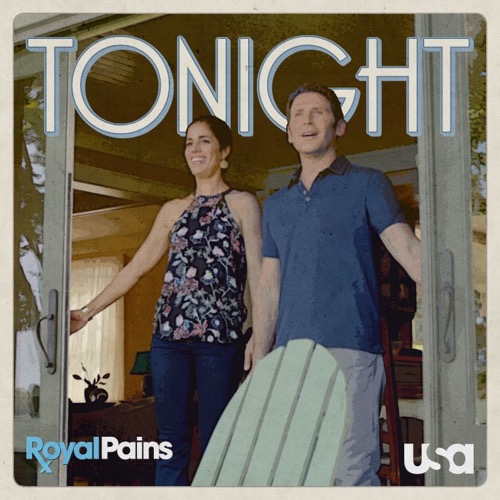 Tonight on USA Network ROYAL PAINS continues with an all new Wednesday, June 22 season 8 episode 6 called,“Home Sick,” and we’ve got your Royal Pains recap down below! On tonight’s episode, Hank (Mark Feuerstein) meets a woman who worries that she has an inherited disease.

On the last episode, Hank treated Keller when he went overboard trying to keep up with the younger men at his firm. Did you watch the last episode? If you missed it, we recapped Royals Pains right here for you.

On tonight’s episode as per the USA Network synopsis, “Hank meets a woman who worries that she has an inherited disease; Eddie makes a medical decision without consulting Hank; and Jeremiah learns that Boris went to clinical trials without his input.”

Tonight’s Royal Pains recap looks like it is going to be great and you won’t want to miss it, so be sure to tune in for our live coverage of USA Network’s Royal Pains recap at 9:00 PM EST! While you wait for our recap hit the comments and let us know what you think about the eighth season of Royal Pains so far.

Hank was thinking of buying a house and was preparing himself to finally put down some roots of his own on tonight’s episode of “Royal Pains” however there was just one thing he had to do before he could he could feel comfortable enough about settling down. He knew that had to talk to his dad. Though no one had seen or heard from Eddie R. Lawson since he canceled his wedding at the last minute and left everyone in the lurch. So in order for Hank to figure why his father bailed the last time, he was going to have to go behind Evan’s back.

Evan had probably been more upset than anyone that his father ran away from yet another situation. So this last time, Evan put his foot down and literally said he didn’t care. He didn’t care what Eddie’s reasoning was or where he was now because he was tired of always trying to see the best in his dad only to have his father let him down again. But Hank surprised Evan when he didn’t feel the same way and that he did want to know where their father was. He said Eddie usually runs away from the tough things so this last time hadn’t made much sense to Hank.

It had been Eddie that proposed, Eddie that put a rush on the ceremony, and Eddie that said he couldn’t wait to begin his new life as a husband and wife with Ms. Newberg. So for him to then runaway didn’t make sense and therefore Hank needed to know why. Hank later hired a private investigator without telling anyone and he wasn’t going to say anything to Evan if he hadn’t found out that their dad had had recent surgery. Eddie it seems had a blocked valve so that had needed to be cleared up. However, Eddie made it through his surgery and Evan had been more upset with Hank for looking for their dad than he was about Eddie’s surgery.

So Hank eventually went to see their dad by himself and it helped that he could track him down through hospital thanks to that surgery. A nurse on the floor had remembered his dad and she had been able to give Hank Eddie’s current address because Hank had been his father’s emergency contact. Yet, when Hank found his dad at the house he and Evan grew up in, Eddie had been in horrible shape. The older man hadn’t used the bathroom in over a day and he was suffering from pains in his lower abdomen so really it had been good that Hank found him when he did. Otherwise who knows what would have happened to Eddie.

Eddie though was later given treatment for his condition and rapidly began to improve. So Hank had thought it was time for them to finally talk about that wedding that never was. But Eddie’s answers surprised Hank. Eddie had called off his wedding because he knew that he had to have surgery and had honestly wanted to marry his girlfriend in order to escape having to die alone. And then when Eddie did realize that shouldn’t be why he married someone, he had left said girlfriend at the altar.

And so Eddie didn’t know what to do to fix everything, but he had merely mistakes as he was trying to correct another mistake.

But Eddie hadn’t run off to Vegas or to Florida. He had gone back to the house in which he and his wife raised his two boys. So Hank had asked him about that and Eddie had admitted that he owned the home. He said he always owned it and that one day he had thought about giving it to either Hank or Evan. Only he later Evan said that he couldn’t stand that house because it had so many bad memories seeing as that’s where their mom was sick. And that had stopped Eddie from suggesting the house from the beginning yet Eddie was looking for other ways to make amends to Paige and Evan for what happened at the wedding.

Eddie had asked Hank for his advice and Hank had told him not to show up out of the blue one day because the couple had a lot going on. Though Hank didn’t exactly explain what Evan and Paige were doing. Evan and Paige were going through their first round of IVF and they had recently gone through the embryo stage. So the next stage was implantation and Hank knew that was going to be stressful enough without Eddie thrown into the mix. Only Eddie simply could not lie low. He had returned to the Hamptons with Hank and it wasn’t long before he and Newberg had made up.

So a text was quickly sent out to everyone that the wedding was back on and that had led to Evan rushing to Hank’s house because he wanted to know if Eddie should be getting married so soon after surgery. Yet, when Evan saw his dad there, he forgot about everything else and just went in on Eddie. He told the other man that he didn’t want him around and he refused to listen to Hank when Hank had tried to advise him to go easy on their dad. And so the Lawson men parted on some very ugly terms right when they needed each other the most.

Evan and his want did go ahead with implantation though only one out of seven embryos showed promise and it seems that they weren’t the only ones that were making changes with their lives. Jeremiah was thinking of opening his own lab and it seems he had come to some sort of agreement with Boris about one of his projects. So there was a chance Jeremiah could become even richer. And surprisingly Divya decided to move to Baltimore even though she was still on the waiting list at John Hopkins because she wanted to be optimistic about one day getting in.

Yet, the house that Hank had fell so completely in love with might not be on the market anymore. The owner had wanted to sell the house because she thought she would be too sick to navigate it however Hank who was a doctor first had to do the right thing and tell the young woman that she didn’t have Rheumatoid Arthritis, she had Syphilis. Which was easily treatable and wouldn’t make her make climbing the many stairs on the property a problem. So that’s how Hank might have cost himself his dream house.