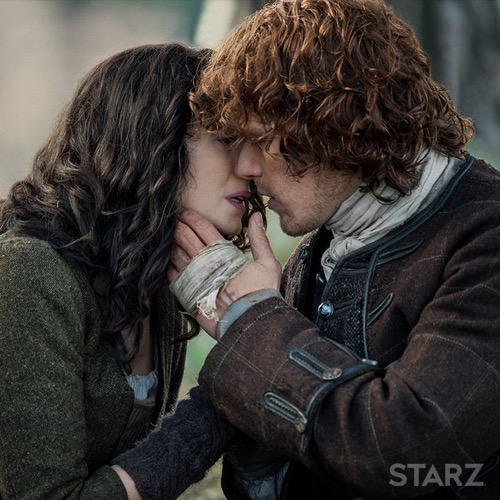 Outlander season 3 spoilers reveal that Jamie Fraser [Sam Heughan] and Claire Randall [Caitriona Balfe] will find their way back to each other. The Starz series is closely following Diana Gabaldon’s book ‘Voyager’ and readers know that Jamie and Claire’s reunion will take place in a print shop.

According to a tweet from Outlander executive producer casting has begun for an older version of Lord John Grey. The character will become a very important part of the Outlander storyline as the series moves forward.

The showrunner also revealed that casting has begun for a young Ian, the son of Jamie’s sister Jenny Fraser [Laura Donnelly]. Ian will become a very important part of Claire and Jamie’s lives.

Other Outlander spoilers include the possibility that Murtagh Fraser [Duncan Lacroix], Jaime’s most loyal and trusted confidant, will die during season 3. Once again, if the writers closely follow the third novel in the series in which Outlander is based, Murtagh life will end during the Battle of Culloden.

There had been some concern that taping would be delayed because Caitriona had fallen ill. This is not the case and Outlander spoilers indicate that Caitriona Balfe, Sam Heughan and the rest of the cast will begin filming season 3 in the fall of 2016.

Caitriona Balfe and Sam Heughan have amazing chemistry on-screen, so convincing in fact that Outlander fans believe the two may be a couple off-screen. There has been much buzz about a possible real-life romance for Caitriona and Sam. Is it possible that the Outlander co-stars aren’t just lovers on-screen but off-screen as well?

Share your thoughts in the Comments section below, on our Facebook Page,  join our Facebook Group or Head over to our Discussion Board to Talk Outlander!