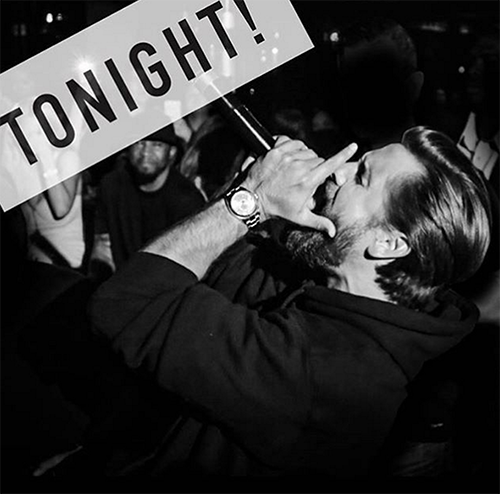 Maci Bookout was celebrating her upcoming nuptials with Taylor McKinney and, along with a gang of her female friends, took on the town. Scott’s baby mama is none too happy about his exploits in Sin City and the bachelorette party for Maci Bookout is the final straw in their contentious relationship.

Scott Disick is known equally for being the long-term on-again-off-again boyfriend of Kourtney Kardashian and father to her three children, co-starring in Keeping Up with the Kardashians, and his out-of-control partying. His problems with alcohol abuse have been well-documented on the hit show, including the problems that it has caused in his relationship with Kourtney and the other Kardashians.

Although Scott seems to be attempting to clean up his life recently, his job as a party promoter in Las Vegas constantly conflicts with his attempts to remain sober as well as causing problems with Kourtney, who would prefer him to get a job where he was at home more with the kids and away from temptations. The reality star has been open about her opposition to his chosen profession but, for the most part, hasn’t made any overt attempts to get him to change careers.

The two are not currently together but have stated that they are open to reconciliation. However, now that Scott is hosting bachelorette bashes where he is surrounded by younger women who are intoxicated and scantily clad, Kourtney is ready to give him an ultimatum: quit your job as a party promoter in Las Vegas or lose her and the kids forever.

Kourtney Kardashian is fed up with his fraternity boy lifestyle and hosting a bachelorette party for Maci Bookout was the final straw. If Scott doesn’t get another job where he is not surrounded by alcohol and drunk females, Kourtney may just cut him loose for good.

Do you think Kourtney Kardashian should cut Scott Disick out of her life for good for refusing to quit his Las Vegas job for her and the kids?