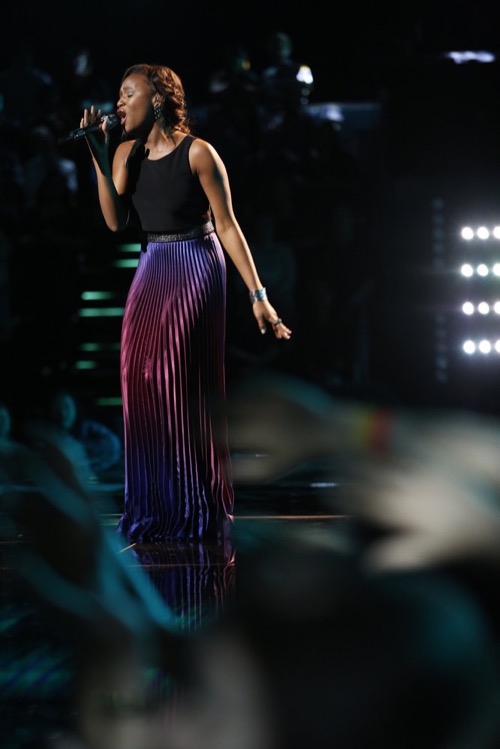 Shalyah Fearing of Team Adam chose to perform live “And I’m Telling You I’m Not Going” from Dreamgirls this week for her Top 8 song performance. Did you watch tonight’s show? In case you missed tonight’s show, CDL has you covered – read our full and detailed recap right here! And if you missed any of the videos – check those out right here.

On tonight’s Top 8 episode, Shalyah sang “And I’m Telling You I’m Not Going” from Dreamgirls as her live performance and this is the judges’ comments about her performance:

“Shalyah does And I’m Telling You I’m Not Going from Dreamgirls and she absolutely kills it. The coaches are on their feet and Christina says wow, she was singing for her life and says it means so much to her how fearless she was. She says that song is not easy and she brought it.

Pharrell says it was a lot for a 16-year old to communicate and calls it unbelievable. He says she showed endurance to hold that note in the middle then keep on. Coach Adam says he’s always impressed by her and he’s overjoyed they had this big moment and says she deserves to be in the finale.”

Check out the full video below – and share your comments on Shalyah Fearing’s Top 8 performance. Do you think Shalyah can win it all? If you missed any of the Top 8 performances – you can see them all right HERE! Share your thoughts in the comments below on tonight’s finale performances for The Voice Season 10 Top 8.