So You Think You Can Dance Recap – Final 10 Revealed: Season 13 Episode 5 “The Next Generation: Academy #2”

BY Stormy Elizabeth on June 28, 2016 | Comments: one comment
Related : Reality TV, Recap, So You Think You Can Dance, Television, TV 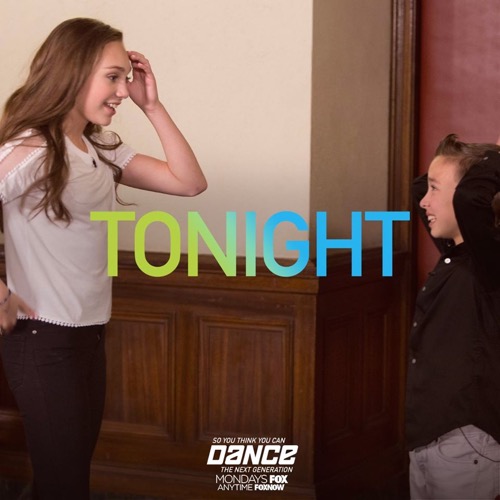 Tonight on FOX, SO YOU THINK YOU CAN DANCE continues with an all new Monday, June 27 season 13 episode 5 called “The Next Generation: Academy #2,” and we’ve got your So You Think You Can Dance recap down below. On tonight’s episode, it is the second round of the Academy.

On the last episode, the judges had seen the best of the best from around the country and now it’s time to find out who could take it to the next level. Did you watch last week’s episode? If you missed it, we have a full and detailed So You Think You Can Dance recap right here for you.

On tonight’s show per the FOX synopsis, “the Academy continues as the dancers do their best to prove that they have what it takes to become America’s Favorite Dancer. After rigorous auditions, tough choreography and incredible performances for the judges, the Top 10 are revealed.”

#SYTYCD starts with the remaining 40 contestants facing more cuts. They will pare it down to final 10 tonight. First up is Tabitha and Napoleon working with the kids on a hip hop routine. Maddie Ziegler is there observing in advance of her role as a judge in the live rounds.

Nigel Lythgoe, Paula Abdul and Jason Derulo will appear later in the episode. The kids are now ready to perform for their all-star coaches. Comfort and Robert have Joziah and Tahani up first then Aniyah and Sage and next was Gavin and Logan.

Cuts in hip hop round

Last in this round are JT and Phoenix who both struggled in Broadway. Robert sends Gavin home and keeps the other three guys. Comfort tells Phoenix and Logan they have to dance off. Aniyah and Tahani move to the next round.

B-girl Logan is up first. She really gets the judges going. Phoenix is up second and she a really cool routine. She has the judges entranced and several are on their feet when she finishes. Comfort has to choose and says something is holding Logan back and sends her packing.

We see a montage of other performances next. Merrick was sent home, and so was Lev and six others. We’re now down to 30 dancers with one last round of choreography in contemporary with Travis Wall working with the kids.

The all-stars will each cut one kid so they are down to final two. Kathryn has Tate, Avery, and Quinn dancing today. The girls take the stage and Kathryn is moved to near tears. The other judges are wowed too but Kathryn has to send one home. She sends Quinn home.

Robert and Sasha are next to see their teams perform. Ashley and Sage are cut in this round. Robert tears up when he has to eliminate Sage. The kids sent home are understandably devastated and the other kids are relieved but still feeling the stress.

Last of choreography rounds – cut down to 20 dancers

Gaby’s tappers are up next including Emma, Ryan, and Lucas. The tappers seem to struggle somewhat with contemporary, Lucas in particular. Gaby thanks them and sends Lucas home. There’s a montage of contemporary performances and many kids struggle.

Each all-star must cut down to one performer

The kids dance a solo for just their coach. Nigel Lythgoe then talks to the kids and then they all wait in the holding room to find out. Tate and Avery are both on Team Kathryn and are pals. The girls come down to find out the results from Kathryn.

Kathryn tells them she’s going with her heart and gut and she chooses Tate to move on. The girls hug and then Kathryn comes to hug Avery goodbye. She tells her she’ll go on to do big things. Sasha then chooses Jordan for her finalist. Fik-Shun goes with Kida.

Maddie congratulates him with a hug for making top 10. They high five. There are seven more to be chosen. Joshua and Jake go to meet their fate next with Jenna’s decision. Jenna tells the boys she’s going with Jake and the kid starts bawling. Maddie talks to him too.

Next up is Robert with JT and Joziah. Joshua has to choose between Romeo and Sheaden. Both coaches are in tears as they make their announcements. Joshua chooses Sheaden. Robert takes JT to the top 10 with him. Maddie does JT’s happy dance with him.

Paul has to choose between Ruby and Sophia and he’s torn. The girls come to talk to him and he calls them shining stars. He decides to take Ruby to the finals. Paul tells Sophia she’s amazing and this breaks her heart. He tells Ruby things are going to get crazy now.

Now it’s Gaby’s turn and she chooses between tappers Emma and Ryan. Gaby tells them she’s been back and forth but is keeping Emma for the finals. Jonathan must choose between Camila and Daniela. The girls come out to get their results. Jonathan takes Daniela to the top 10.

Now it’s down to Comfort who is making the final cut. She has Tahani and Phoenix. Comfort says they are very different. Comfort goes with Tahani for the Top 10 choice. Comfort tells Phoenix she’s an amazing dancer.

The Top 10 kids moving to the live rounds are, by all-star coach: