BY Kristine Francis on July 11, 2016 | Comments: one comment
Related : Reality TV, Recap, So You Think You Can Dance, Television, TV 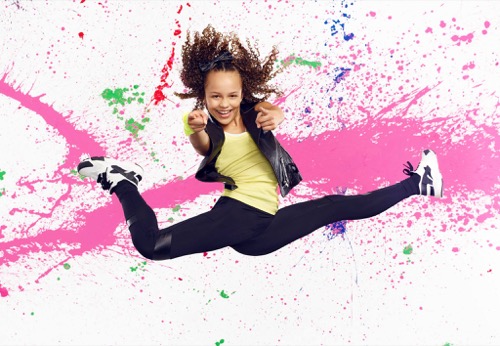 Tonight on FOX, SO YOU THINK YOU CAN DANCE continues with an all new Monday, July 11 season 13 episode 6 called “The Next Generation: Top 10 Perform,” and we’ve got your So You Think You Can Dance recap down below. On tonight’s episode, The Top 10 dancers perform with All-Stars from previous seasons.

On the last episode, the Academy continued as the dancers did their best to prove that they had what it took to become America’s Favorite Dancer. Did you watch last week’s episode? If you missed it, we have a full and detailed So You Think You Can Dance recap right here for you.

On tonight’s show per the FOX synopsis “after national auditions and the grueling Academy, the Top 10 get their chance to shine for the first time live on the SYTYCD stage. The best of the best dancers will perform with their All-Star in hopes of winning the hearts of the judges and America. Don’t miss epic dance numbers.”

Tonight’s episode of “So You Think You Can Dance” opened with a dance number performed by both the Top 10 as well as their All-Star mentors and the number was choreographed by Christopher Scott in honor of the finalist making it this far. However, now that they have come this far, they had to find a way to stay on top. The competition was fierce and the judges knew that choreography was going to remain on point. So all that was left was for the finalist to prove themselves.

First up was Leon “Kida” Burns and together with his mentor Fik-Shun they had been given a Hip-Hop number by Christopher Scott. Yet, despite sticking to their genre on this one, the duo did receive some criticism from the judges. Jason Derulo had called their dance “fly” which he admitted was overused in everything else though said that these two deserved it because they genuinely impressed him. So Jason was fan while his fellow judge Nigel had been quick to spot a few discrepancies. Nigel had felt that Kida needed to smile a little bit more and he told him that he wasn’t in sync with Fik-Shun as much as he could have been.

The others, however, didn’t really see that. Paula enjoyed the dance as well and guest judge Maddie Ziegler had given the guys props on their clean lines and overall energy that they brought to the dance. Now Tate McRae and her All-Star mentor Kathryn had performed a moving ballet piece about what would happen if they were to touch a butterfly because a butterfly could technically no longer fly once it had been exposed. So their choreographer Tyce Diorio had been going for another emotion. Tyce had wanted to create a piece that was both beautiful and sad and the dancers were able to pull that emotion out of the audience.

The audience enjoyed the dance and the judges for once loved the technicality of it. Nigel was for once in agreement with his fellow judges when he said that Tate was awe inspiring. So Tate’s skill had surpassed her age and was equal to that of Kathryn’s. However, the Don Lothario of this year’s competition had had to surpass his height if he wanted to impress the judges. Jake Monreal was to be frank on the smaller side. He was short and had to keep up with his mentor Jenna for a ballroom number. And it also didn’t help that couldn’t stop flirting with Jenna during practice.

But choreographer Jean Marc Genereux had done his best to show an already memorable Jake what he needed for the number and the little guy went on to capture the room with the full force of his charm offense. Jake was a crowd pleaser and he could always bring a smile to the crowd’s face. So they all clearly enjoyed seeing him and the judges weren’t that different. They had applauded him for the way he was able to keep up with Jenna and downplay their height differences so they really didn’t have a critique for him.

After Jake, though, it was Sheaden Gabriel’s turn and he danced a Hip-Hop number with his mentor Joshua. However, it should be important to note that Sheaden had been given quite a task by choreographers Pharside & Pheonix. The famous choreographers had wanted to tell a story about the scary Boogeyman so they had given Sheaden the task of playing that villain because they felt he could handle it. And for the most part Sheaden was able to meet the requirements for that yet Jason had been the odd man out on this one because he felt that routine could have just a little more.

Jason had said that they needed to add the punctuation to what they did so that his way of saying that they started out strong, but was just a tad short of actually living up to the choreography because they fell somewhat flat during certain parts. So he asked the guys to be careful about that. Though really that was the only criticism they received so that wasn’t so bad as far as things go. Even if it didn’t compare to the act before it or the act right afterward.

Jordan Nata Wandick and her mentor Sasha had followed Sheaden and they had been a truly one of kind piece from Brian Friedman. So their Contemporary number about leaning on each other ended up striking a poignant note with the audience. Jason for one had moves because he had later said that their dance inspired people to reach out and have hope in each other so he had been one of the people that felt the dance was very much needed during this current time in our history. And one of things that Maddie loved about this duo was how much Sasha and Jordan seemed to connect.

She, like the other judges, felt that they made perfect partners so the two dancers were congratulated on choosing each other because they fit so well. Yet, one of the biggest improvements of the night was Emma Hellenkamp. Emma had danced with her mentor Gaby for a Tap number choreographed by Anthony Morigerato and she had showed how well she listened to the judges by applying some of the things they told her. The judges had apparently told her that she rushed through her routines so she had taken that and had slowed it down some for tonight.

Both Nigel and Jason had remarked that she stayed in a pocket which was what they had told her to do when they first met her. So they had been surprised to see she applied that criticism and improved since they first saw her. But choreographer Jean Marc Genereux had again created a winner when he gave a slow paced although technical difficult Latin Ballroom routine to Ruby Castro and her mentor Paul. The young girl had seemingly forgotten the name of the show when she accidentally called the competition Dancing With the Stars yet she had gone out on that dance floor and had set it ablaze.

Ruby was talented and the amount of trust she had in her mentor showed in the way they danced. She hadn’t hesitated when he lifted her and there hadn’t even the hint of doubt between them. So the dance was gorgeous and all the judges truly did love it because it had played off so well. Though Tahani Anderson who had been next up had come as a shock to the system. When the judges first saw Tahani, they had thought that she was cute and so they hadn’t expected the ferociousness that they would later see when she was paired with Comfort.

Comfort had somehow managed to bring out Tahani fierce side and their choreography by Luthor Brown had been on point. So taken all together the two were able to show this new side to Tahani’s skillset and that made the dance come alive. However, Jason had gotten a caught up in the dance He had taken it to heart so much that he had actually gotten up afterwards to dance several steps to it and his dance had ended up being one of the highlights of tonight’s episode.

And Daniela Avanzini’s routine hadn’t been also impressive. Daniela had danced a Salsa routine with her mentor Jonathan and their choreographer Oskana Platero had given them a one of a kind piece. The dance was fast paced and there was never a moment where either dance lost their momentum. Instead it began strong and had been fortunate to end just as strong. So the judges had really liked it and Jason had only one thing to say. “Dope!”.

Yet, while the judges had loved everything they had seen tonight in their own way, JT Church proved to be the underdog that literally triumphed over everyone. JT was the youngest contestant there this year and one of the downsides to him was the fact that all anyone could see was this cute little boy that had tried out with a signature bow tie. So his choreographer for tonight, Mandy Moore, had tried to break JT out of that role before he found himself stuck in it and she had given him a moving Contemporary piece to perform with his mentor Robert as a way to get the judges to see that he is a serious dancer.

The dance was supposed to be about letting go and telling the world about who you really are though dance managed to incorporate that as well as be about a father and son. Robert and JT had acted like a father and son what with Robert at first carrying JT on his shoulders and JT beginning his dance by mirroring him. But then the dance splinters off to show that the father was letting his son go and that the son was now free to pursue his own dreams. So Nigel, who was truly tough nut to crack, had funnily enough gotten teary-eyed by this routine and it one of the most emotionally pieces he’s ever seen.

Nigel apparently hadn’t thought that much about the Next Generation however one of the executive producers had convinced him to do it. So tonight he apologized for his reluctance and had personally apologized to JT because he had been one of the people that had just seen a cute kid with a bow tie. Though the three remaining judges had admitted to thinking the same. They hadn’t thought much of JT and one person had been surprised that Robert hadn’t chosen someone else yet they were all emotional and Paula had tears running down her face afterwards.

So it seems that no one had given JT his due until they saw him in action tonight and realized how much they’ve been underestimating him.