So You Think You Can Dance LIVE Recap – Jordan Wardick and Jake Monrea; Eliminated: Season 13 Episode 9 “The Next Generation: Top 8 Perform + Elimination”

BY CDL Staff on August 1, 2016 | Comments: Leave Comments
Related : Reality TV, Recap, So You Think You Can Dance, Television, TV 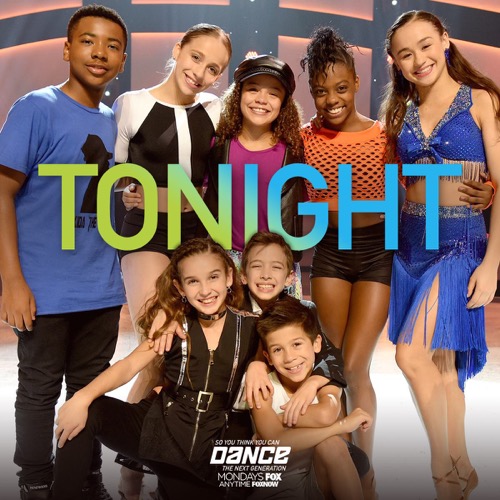 Tonight on FOX, SO YOU THINK YOU CAN DANCE continues with an all new Monday, August 1 season 13 episode 9 called “The Next Generation: Top 8 Perform + Elimination,” and we’ve got your So You Think You Can Dance recap down below. On tonight’s episode, the Top 8 dancers perform, and one of them is eliminated.

On the last episode, each dancer had another chance to wow the judges and win the hearts of the nation before one had to say goodbye. Did you watch last week’s episode? If you missed it, we have a full and detailed So You Think You Can Dance recap right here for you.

On tonight’s show per the FOX synopsis “as the competition moves forward, each dancer must prove that they belong in the running to become America’s Favorite Dancer. Don’t miss epic performances by the Top Eight and find out who has reached the end of his/her journey.”

Tonight’s episode of “So You Think You Can Dance” begins with a toy-themed dance to “Ain’t Playing With Ya” that blended hardcore funk and slam with Nutcracker soldiers and other classic toys.

The first performers were Emma Hellenkamp and All-Star Gabby who did a tap dance to “Walk Like An Egyptian” choreographed by Anthony Morigerato. Their frenzied performance received a standing ovation from the judges; both Nigel and Paula said that Emma was going to go far in this competition.
Judge Jason Derulo announced that his new song “Kiss The Sky” will be the official song for the new movie Storks, in theaters this year on September 23.

Tahani Anderson and All-Star Comfort performed next. Their dramatic and emotional narrative-based dance to “I’m Goin Down” was choreographed by Napoleon and Tabitha and received a standing ovation from the judges. Both Jason and Paula said it was their favorite performance by Tahani since the first one.

After the break, clips from National Dance Day across the nation were shown, featuring some of the judges.  The next performance by Ruby Castro and All-Star Paul was a confrontational dance choreographed by Jean Marc Genereux to “Echelon.”  After being in the bottom two performers last week, the judges felt that Ruby bounced back and re-established herself as a true contender with this aggressive set.

This first of tonight’s “Contemporary Matchups” is next, featuring Jordan Wardick and Jake Monreal doing a hip-hop routine choreographed by Phoenix and Pharside. The drumline routine was impressive but Nigel felt that Jake needed to get into the spirit of the music more and smile less.  The second “Contemporary Matchup” was Tahani Anderson and J.T. Church, who performed a cha-cha with the training help of Emma and Sasha.  Nigel felt that both of them failed to nail the basics of the cha-cha steps, an opinion echoed by the other judges.

Sean Cheesman choreographed an emotional piece for Jordan Wardick and All-Star Sasha.  The judges loved the simplicity of the dance and the flawless technical aspects.  Next up were Jake Monreal and All-Star Jenna, who performed a football-themed jive choreographed by Jean Marc Genereux.

The judges were impressed by Jake’s improvements in partner work and Nigel felt that upbeat routines like this one are when his talents really shine.  The next performance was another matchup with Emma Hellenkamp and Tate McRae teaming up to perform a Broadway number choreographed by Sean Cheesman.  The number, themed on elementary school detention, was outside each of the girls’ comfort zone.  The judges felt that the routine was fun and enjoyable to watch, although their stand-alone work was more powerful and technically accurate.

Ruby Castro and Kida Burns were the next contestants to team up with a contemporary piece choreographed by Mandy Moore. The emotional piece moved the judges and all were impressed that the dancers did such a beautiful job while being far outside of their dancing comfort zones. The All-Stars performed a contemporary Winter Wonderland piece to the music of “A Star In A Stoneboat” by Kevin Keller Trio.

J.T. Church and All-Star Robert were next to perform with a jazz number to Aladdin’s “Friend Like Me” choreographed by Mandy Moore. The fun, upbeat routine brought high praise from the judges, who felt that the two worked wonderfully together.

Up next were Kida Burns and All-Star Fik-Shun performing a hip-hop number with a bee theme, choreographed by Misha Gabriel. The judges loved the performance; Maddie was especially a fan of the impressive front flip. The last performers of the night are Tate McRae and All-Star Kathryn whose tear-jerking routine about a child reuniting with their biological mother, choreographed by Travis Wall, received the highest praise from the judges for its emotion and partner work.

Tonight’s bottom two contestants who are going home this week are Jordan Wardick and Jake Monreal.