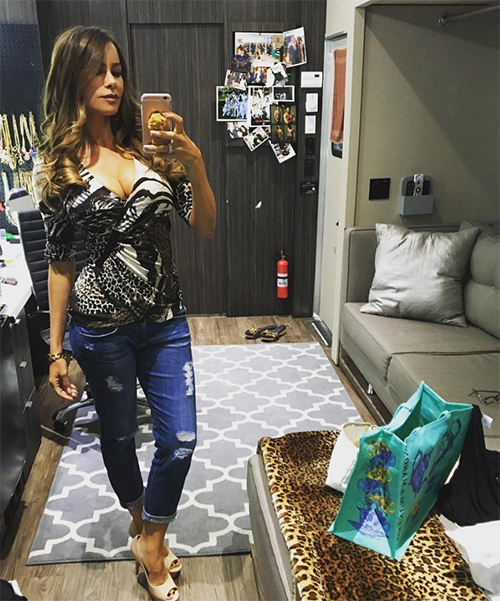 Sofia Vergara and Joe Manganiello haven’t even celebrated their first wedding anniversary yet and there are already reports suggesting that their marriage is on thin ice. In fact, there’s new speculation that a Sofia Vergara and Joe Manganiello divorce might happen sooner rather than later, as the couple is constantly fighting in what many critics are calling a sham PR marriage.

Sofia and Joe began dating in 2014 after their publicists set them up on a date. The ‘Modern Family’ beauty had just pulled the plug on her rocky relationship with her ex Nick Loeb seemed like the perfect candidate at the time to sweep her off her feet.

Their very public engagement has been filled with candid moments caught by the paparazzi that, at some times, almost looked too staged and even too good to be true. After all, Sofia and Joe are two of the most beautiful people in the entertainment industry and for them to fall in love so quickly with one another seemed too unreal for some, especially given how little time they’ve had to get to know each other before they got married.

And now sources say that Sofia Vergara and Joe Manganiello are supposedly so uncomfortable with each other that they need to be surrounded with other people in order to loosen up and be themselves. One insider told Naughty Gossip, “When they said they were jetting off to Turks and Caicos, we were relieved that they were going to be spending some quality time together alone. But then we found out they were joined by Planet Hollywood founder Robert Earl. These two hate being alone together. They either go places by themselves or they go with other people. They are never together alone. It is never just the two of them.”

This shouldn’t surprise anyone as Sofia and Joe supposedly ‘fell in love’ and got hitched faster than most couples in Hollywood normally do. That’s why they’ve been plagued with ‘sham’ and ‘PR’ marriage buzz, especially considering that they were initially set up with each other to help boost their public profiles.

While that’s helped get them noticed in the tabloids, their marriage hasn’t done much for their careers and that’s perhaps why either Sofia or Joe are going to end up pulling the plug on their marriage sooner rather than later. Of course, don’t be surprised if they end up divorcing ‘amicably’ and as friends as well. What do you think, CDL readers?

Please @sergenormant do my hair like Farah Faucet !!!❤️❤️ @covergirl