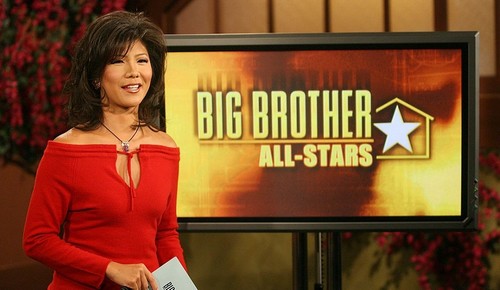 Summer 2016 is upon us, and that means an awesome new TV schedule packed full of series premieres and the returns of some of our favorite TV shows. We put together a list of Summer 2016 premieres that you should NOT miss, add these to your TV schedule!

Scream 2016 spoilers tease that Season 2 of the wild summer series will be back on MTV on May 30. Last year we saw Emma and her pals take out her psychotic serial killing half-sister, but the drama is far from over for the less than sleepy town. That cliffhanger last summer revealed that Audrey is hiding something, and spoilers tease that someone knows her secret and will threaten to expose it in Season 2.

Beauty And The Beast Season 4 on The CW

UnReal was one of the most delicious new shows of 2015, and Season 2 of the behind-the-scenes reality TV show is set to premiere on Lifetime on June 6. If you are a reality TV junkie, then you HAVE to check out this dramedy that follows the cast and crew and their own personal drama when the cameras aren’t rolling.

Orange Is The New Black Season 4 On Netflix

FINALLY! If you are anything like us, then you have literally been counting down the days until you can watch Season 4 of Orange Is The New Black on Netflix, and it’s almost here! OITNB 2016 spoilers tease that the 4th season of the ridiculously popular comedy will be available or your bingeing pleasure on June 17. Several cast members have indicated that this new season will be “the darkest yet.”

Pretty Little Liars will return for its 7th season this summer, the liars are all grown up now and that means even darker and scarier threats than ever before. When we left off n Season 6, “A” had just kidnapped Hanna Marin. Will she live through the Season 7 premiere?! You will have to tune in to Freeform on Tuesday June 21.

Bachelor In Paradise Season 3 on ABC

Ahh, reality TV at its finest. Bachelor in Paradise 2016 spoilers tease that The Bachelor and Bachelorette spinoff will return to AC this summer for another round of hook-ups and drunken debauchery. Of course, blogger Reality Steve has already leaked the Season 3 cast list – and it includes some pretty shocking people, like Andi Dorfman’s ex-fiance Josh Murray. Bachelor In Paradise Season 3 will premiere on ABC on August 2.

Speaking of reality TV, the summer wouldn’t be complete without Julie Chen and another round of the neverending game of Big Brother. Every spring spoilers start floating around, teasing that this season will be an All-Star season and there will be returning players in the Big Brother house. It looks like this year might finally be the year that it happens. Of course, we’ll have to wait for BB18 premiere night on CBS on June 18 to find out.

Dead Of Summer Premiere On Freeform

On top of some of its returning summer shows, Freeform is rolling out some new content, like Dead of Summer. Spoilers for the all new TV show tease that it takes place in the 1980’s and Camp Clearwater summer camp – and will be packed full of teen angst and drama with a spooky twist The all new TV show will make its debut on Freeform on June 28.