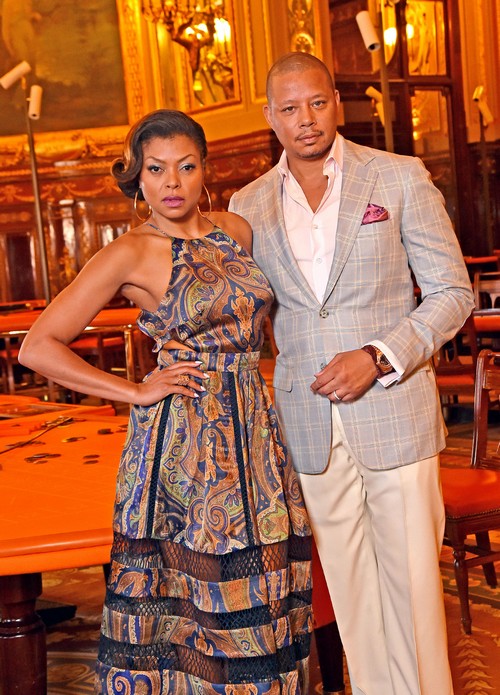 Taraji P. Henson just went public with her new boyfriend Kelvin Hayden and now the NFL hunk has been exposed as a cheater. Two women have been identified as girlfriends of Hayden. Taraji must be humiliated now that her love life is so messy.

The notoriously private Empire star stunned fans when she debuted her new boyfriend during a recent Miami vacation. Taraji was photographed walking hand-in-hand with unemployed NFL player Kelvin Hayden. Henson was obviously enjoying her downtime as she showed off her boyfriend.

With all the press around Taraji P. Henson and Kelvin Hayden flaunting their romance, it was discovered that Taraji’s boyfriend might not be all in on the relationship. B. Scott claims that Hayden is quite the player and has, at least, two other girlfriends.

This has got to be devastating for Taraji, who is very careful about not being seen in public with various love interests. Henson has made it clear in past interviews that she’s not interested in running up a Taylor Swift-style list of ex-boyfriends. Taraji is very careful about keeping her personal life to herself and that walk on the beach with Hayden was a big deal for her.

B. Scott claims a close friend of one of Hayden’s girlfriends talked about discovering the vacation photos. “I see my favorite actress Taraji P. Henson photo’d holding hands with Kelvin Hayden; a man who I know is definitely involved with my close friend!” the friend told B. Scott.

The same friend claims that Hayden and the friend were together in December and just one week before the first sightings of Taraji and Kelvin together. Hayden has allegedly been dating the other woman for a year now which means that Taraji either knew her football playing beau had a long-term girlfriend and she went for it anyway or maybe she didn’t know.

If Taraji just learned about Hayden’s other women after finally going public with a new boyfriend, she’s going to be furious. After all the sacrifices Taraji has made to protect her reputation and to pick the right man, it figures that a huge cheating scandal would break out with Taraji P. Henson right in the middle.