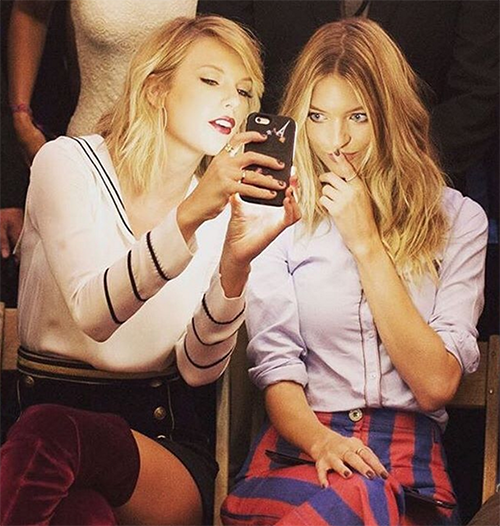 Taylor Swift’s breakups have been gossip fodder all summer long, but is the singer about to cause another one? That might be the case, as there’s a possibility that Taylor Swift might be pushing Zayn Malik out of the picture by being the third wheel during Gigi Hadid’s date night.

Taylor Swift and Gigi Hadid’s friendship has seen a lot of boyfriends come and go, especially for the ‘Bad Blood’ singer. She’s had two high-profile break ups with Calvin Harris and Tom Hiddleston. And while Gigi Hadid has managed to keep Zayn Malik by her side, despite their on-again, off-again relationship, there’s no doubt that the ‘Pillow Talk’ singer is upset seeing Taylor Swift use their romance for publicity. Taylor Swift wants the world to know that she doesn’t care about the fallout after her Tom Hiddleston break up and that’s why she’s using Gigi Hadid and Zayn Malik and the perfect paparazzi opportunities to show off her new single girl status.

Taylor Swift allegedly wrote a song about her Harry Styles break up. Zayn Malik knows that Taylor Swift is trouble and that the actress makes everything she does about her, and that’s why he’s not only keeping his distance from her, but hates that she’s using both him and Gigi Hadid for her selfish, image-obsessed ways.

Considering how Gigi Hadid is a member of Taylor Swift’s squad, there’s very little chance that the model will push her out of her life to appease her boyfriend Zayn Malik. Yet, Zayn Malik is making it clear that, sooner or later, Gigi Hadid is going to have to choose between him and Taylor Swift. With two summer break ups under her belt, there’s a chance that Taylor Swift might be responsible for one more before the end of the year. What do you think, CDL readers?

Clearly all of us were able to remain calm at Gigi’s show. Especially @anwarhadid.

SO PROUD OF YOU GIGI!!!! That show was INSANE. Congrats to Gi, Tommy, and all the girls who just owned that runway!! @gigihadid @marthahunt #tommyxgigi

Looking up videos of kittens hugging each other, probably.