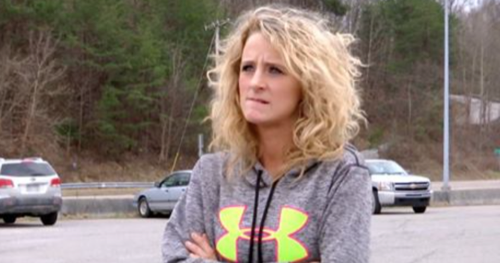 Tonight on MTV their series Teen Mom 2 continues with an all new Monday May 23, season 7 episode 10 called “Choose Your Battles” and we have your weekly recap below. On tonight’s episode, Kailyn Lowry works on her relationship with Vee; Cole takes Aubree to a father-daugter dance.

On the last episode, Barbara and David faced off over Jenelle; Aubree got a new accessory; Kailyn and Javi struggled with his deployment; and Leah received troubling news about custody. Did you watch the last episode? If you missed it, we have a full and detailed recap right here for you.

On tonight’s episode as per the MTV synopsis, “Kailyn works on her relationship with Vee; Cole takes Aubree to a father-daugter dance; Jenelle seeks help in New York for mysterious medical ailments; and Leah and Corey’s co-parenting is shattered by a disturbing video.”

This week on Teen Mom 2 Janelle and David go out to lunch and discuss what happened with her mom. Janelle says “Every since my argument with my mom she hasn’t mentioned you.” David says “It’s because she knew she was wrong.” Janelle is worried that her mom won’t allow her to see Jace this weekend. She calls her mom and asks if she can see him this weekend. Barb puts her off and tells her “I have to talk to you about that because the last time I was at your house the police were called.” Janelle tells her “David called the police because you were yelling.” Eventually they come to an agreement that she can pick up Jace and discuss a time later.

Kailyn calls her friend peach and tells her that she is going to call Vee and invite her to lunch because neither one has friends in Delaware. Peach is a bit shocked and Kailyn asks her “Is that weird?” Peach says “I don’t know I guess not.” Kailyn says “We’re both alone and don’t have any friends here.”

Leah is dropping Ali off to Corey after her therapy. Corey tells Leah “The next time we go to Columbus if I can’t go you might want to mention about her diet. I don’t think she eats enough. I think she has lost weight.”

Aubree is playing with Cole while Chelsea goes out to lunch with her dad Randy. He asks her “what’s going on with Aubree and Cole?” She tells him “I told Aubree that if she loses her glasses she is going to have to buy a new pair with her own money.” Chelsea also tells her dad that there is a father/daughter dance. Randy asks if Adam has called her for anything and she tells him No. He asks if Cole is going to take Aubree to the dance and Chelsea says “I am going to text Adam and let him know about the dance and if he doesn’t show up then Cole is ready to take her.”

Kailyn is playing with her sons. Vee tells Jo about Kailyn’s text inviting her to lunch. Jo says “That’s interesting.” Vee asks “Why?” Jo responds “Because it’s a first. Her behavior has certainly changed since Javi left.” Vee tells him “Maybe I can work things out so you two can communicate.” Jo says “I don’t want you to be in the middle of it.” Vee says “I won’t be in the middle. I can just help get things straight.”

Janelle is feeling worse. She calls her mom and tells her “The Drs. wouldn’t do anything for me because I am flagged in the system as a drug addict” Janelle is so angry and frustrated because she doesn’t know what’s wrong. She tells her mom “Something is wrong with me. My legs hurt so bad I can barely walk. I think I have MS.” Barb says “Oh you don’t have MS. Maybe you have Diabetes.” Janelle gets angry and hangs up. Barb says to Jace “Maybe mommy will be in a better mood tomorrow and you can go tomorrow because I don’t think she is coming today.”

Leah ‘s sister Victoria comes to her house to visit while she is checking the twins homework. She tells her sister “Corey tells me today that Ali hasn’t been eating and he thinks she lost weight.” Victoria tells Leah “You need to get him to think about why it’s only happening at his house.” Leah tells her “I don’t want to fight over it. I am trying to build a better relationship with Corey so I pick my battles.”

Aubree is excited for her father daughter dance. Adam still has not texted Chelsea back about going to the dance. Chelsea is talking to Aubree and tells her “I want to go.” Aubree says “You can’t go.” Chelsea tells her “I can wear a mustache and boys clothes.” Aubree laughs. As time for the dance draws closer and there is still no word from Adam Cole steps in and takes her to the dance.

Cole sends pictures of him and Aubree at the dance. When they get home Chelsea is so excited and she asks Aubree if she had a good time. Aubree says “Yes. Cole and I practiced for the wedding. “ Cole asks Chelsea if he wants to see what they practiced. Chelsea says “Yes.” Cole lifts Aubree up and they do a silly dance. Chelsea laughs. Chelsea tells Aubree “You should give him a big hug for taking you.” Aubree leaps into Cole’s arms and says “Thank you.” Then she tells Chelsea “My other daddy didn’t come. Chelsea glances at Cole and then tells Aubree “I told you that might happen baby.” Cole hands Aubree a couple of the pink balloons and sends her upstairs.

After the girls Drs. appointment Leah calls Corey and tells him “The Dr. said that Ali weighed thirty five pounds and they didn’t seem concerned about her weight.” Corey says “OK.” Later that day Leah’s cousin calls her and tells her “I was talking to Ali and she said that they don’t get the attention that the baby does.” Leah seems very upset when she hears this. Her cousin tells her ” I will send you the conversation that I recorded when we hang up.” When Leah hears the conversation and Ali telling her cousin about how Miranda doesn’t help with her backpack she gets very upset.

Janelle is even more frustrated when she calls the Drs. in New York their offices are closed. She tells David “This sucks. Now I have to go home with no results.” David is trying to be understanding and comfort her, but Janelle is distraught. She tells him “I just want to know what’s wrong so I can look it up and find out if there is anything I can do. The not knowing just sucks.”

Leah is listening to the recording of her cousins conversation again. She says “I can’t even watch it without crying.” Her cousin tells her “There is nothing wrong with you going down there and telling them that they are hurting your kids.” Leah says “It is Corey’s fault just as much as it is Miranda. I’m not saying that it is one’s fault over the other, but I never thought he would let this happen to our kids ever.”