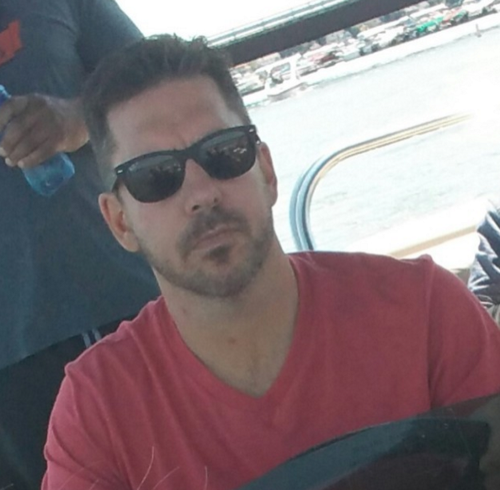 ‘Teen Mom OG’ star Amber Portwood’s fiancé Matt Baier has received nothing but bad press as of late. His son Chris Baier blasted his father in a recent interview saying he hated Matt and revealing that Amber’s fiancé owes thousands in back child support. Matt has decided to break his silence and talk about the scathing article.

Matt told Real Mr. Housewife that ordinarily he keeps silent about anything that is written about him. “However, with this being about my son, I had to set the record straight on this,” Matt revealed.

The ‘Teen Mom OG’ star says that Chris was approached a number of times by the press in the last six months. According to Matt his son Chris was “offered money to say bad things about me. Him and I talked about this and he contacted me about it,” Matt divulged.

Matt wants it noted that Chris, 25, has a “bad drug addiction.” Amber Portwood and Matt Baier have tried to help Chris get his life back on track. But Chris needed money and couldn’t resist the offers to speak poorly about his father any longer.

Chris Bair started talking about the thousands of dollars of child support Matt never paid about six months ago. At the time, Matt says, Chris was “completely strung out” at the time Chris started telling stories about Matt being a horrible father who was never there for his son.

Why did Chris decide to give in and speak with the press? Matt says Chris was in a situation where he needed cash. Chris even called Matt and let him know he was giving the interview but that Chris confessed there wasn’t anything bad he could say about Matt.

However Chris Baier came to a point when he needed money and that’s when he spoke to the press. Matt revealed that Chris’s mother told Matt that “[Chris] actually spoke to the press while he was very, very high a few months ago.” The article was published until June 29.

“I love my son. The article doesn’t upset me as it will pass and it won’t hurt me. Rather it upsets me he was in a vulnerable place in his life and manipulated. “

Matt Baier and Amber Portwood are in a very good place right now and continue to make plans for their wedding the ‘Teen Mom OG’ star told Real Mr. Housewife.