Teen Mom OG Recap Premiere: Season 2 Episode 1 “Why Can’t We Just Get Along” 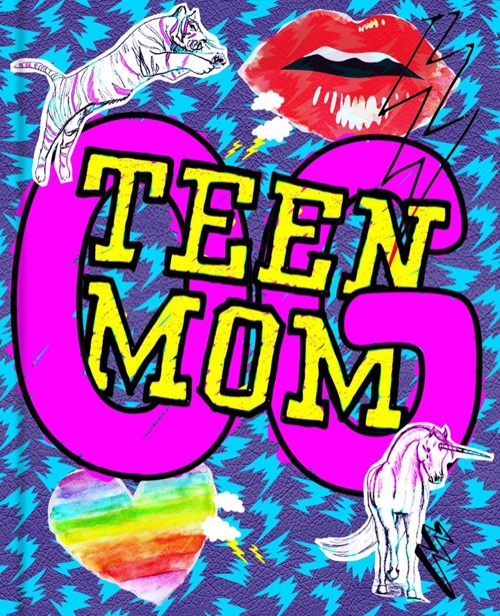 Tonight on MTV their series Teen Mom OG continues with an all new Monday January 4, season 2 premiere episode called “Why Can’t We Just Get Along” and we have your weekly recap below. On tonight’s episode, in the Season 2 premiere, Tyler’s dad gets out of jail and meets Nova for the first time

For those of you who don’t know, the series follows the lives of Farrah Abraham, Maci Bookout, Catelynn Lowell, and Amber Portwood, who were featured on the first season of 16 and Pregnant; it documents their first years of motherhood and places additional emphasis on strained family and romantic relationships.

On the last episode, Maci, Farrah, Cate and Amber revealed their experiences shooting “Teen Mom”; and how close they were to the crew. Included: personal home videos. Did you watch the last episode? If you missed it, we have a full and detailed recap right here for you.

On tonight’s episode as per the MTV synopsis, “in the Season 2 premiere, Tyler’s dad gets out of jail and meets Nova for the first time; it dawns on Farrah that it’s over between her and Simon; Amber seeks joint custody; and Maci asks Ryan to hang out.”

It sounds like season 2 of Teen Mom is going to be awesome! Don’t forget to check CDL for our live recap of Teen Mom at 10PM ET! Can’t wait for what’s to come in the new season of Teen Mom OG tonight? Sound off your excitement in the comments down below and let us know!

The original cast of Teen Mom is back for an all new season this year and, in some cases, not much has changed since the very first time they were put on air.

Amber Portwood after all is still fighting with Gary though for much different reasons. It seems she wants to challenge Gary’s right to full custody of their daughter and there’s no one around to talk her out of it. So as far as she’s concerned she has every right to fight Gary even though he was the sole parent while she was suffering from substance abuse and getting in and out of trouble with the law.

But that’s Amber for you. She didn’t think it was fair that she constantly had to ask for permission whenever she has her daughter so she got upset that Gary could easily take Leah to Disneyworld without having to check it out without anyone. And now she wants to consider joint-custody because she feels like she has already paid her dues to society.

Which is true in a sense. Amber was released from prison early because of good behavior and she’s been clean for the last three years. And off of parole for the last year.

Though is she and more importantly is Gary ready to share joint custody. Amber and her fiancée Matt later met with a lawyer and the one thing that she made sure to ask about was whether or not she could come to an agreement with Gary outside of court. And the lawyer told her she could.

If anything she said it just might be better for Leah if her parents didn’t get into a nasty custody battle. So Amber knew she had to talk to Gary and get a sense of his feelings on the matter. But she is prepared to fight him if he does prove to be against the idea.

However, on the end of co-parenting is Maci and what she’s trying to do with her ex Ryan. This season Maci has allowed her Bentley to once again be on the show despite Farrah’s involvement. Therefore, we got to see the effort Maci was making to be on good terms with Bentley’s father Ryan.

Maci and her boyfriend had just a baby, little Jayde. So this year both of her kids were front and center. And we saw Maci invite Ryan to a mud run with her and her friends.

And not that surprisingly, he didn’t show. He was told about the mud run in advance and he had spoken about it with his parents. But then he just didn’t show on the day of and once again he was at odds with Maci.

She didn’t have to reach out to him but she did and he threw that chance away. And that means nothing has changed in the last seven years. Ryan is who is and unfortunately for Bentley he has a father that simply will not make an effort.

Yet Caitlynn and Tyler are hoping his dad Butch will learn differently this time around. Butch was getting released from prison this year after getting arrested for domestic assault and his son more than anyone else wanted that time to be the last time his father got in trouble with the law. So when he eventually picked Butch up – he spoke to him.

And honestly Butch seems like he’s changed. Where before he was argumentative, he’s now listening to others and is even willing to take advice.

So Tyler had no problem with his dad finally meeting Carly but he did ask for Butch to be respectful of Carly’s adoptive parents. Which is where he himself has sometimes gotten into trouble. Therefore, he knows what he’s talking about.

Though, that didn’t look like it was going to be a problem with his dad. More than anything Butch just wanted to meet his granddaughter. He had missed his first opportunity at the hospital because at the time he hadn’t wanted to get attached to a baby that was going to be adopted. Thus the wedding will be the first time Butch has ever seen Carly in person.

And so Tyler and his sister tried to have faith in their dad.

But as for the last teen mom, Farrah was again having problems in her love life. Farrah had apparently broken up with Simon two weeks ago and she had recently been regretting it. So she tried, quite a few times, to talk to Simon. And see if anything was still there.

Only they kept on saying just the wrong things to each other. And the last time they spoke, it truly did look like the last time. He told her he was done and she called him a “bitch”.

So that’s it for them.

Though, Farrah’s mother Debra refused to believe it. Heather had come into town in order to watch her granddaughter while Farrah was away for a month on business. And it didn’t take Heather long to start asking about Simon.

Debra seems to think that Farrah had never been happier than when she was with Simon. So she wanted to talk her daughter into possibly reconsidering the breakup. But Farrah wasn’t having it. She said her relationship with Simon was no longer making her happy and she felt that should have been enough for mother to stop talking about it.

And honestly it should have been. Farrah can be quite firm if not stubborn when someone brings up something that she just does not want to talk about. And even Sophia knows now not to speak to Simon or let Simon into the house while her mother is away.

So Simon, as a topic, is closed.

But getting back to Amber’s situation, there’s something up with her daughter. Little Leah often tells her dad that her mom rarely spends any time with her. And that Amber actually likes to sleep all day.

Although when she’s with her mom, Leah tells her mom that she wanted to spend time with her dad because she usually doesn’t get the chance. Not even at Disneyworld where she said he said rarely did anything with her. So was Leah telling the truth about both of her parents and was merely telling her parents what she thought they might want to hear.

Because Amber did try to speak to Gary about joint custody and he did turn her offer down. He said he had tons of reasons why it wouldn’t be such a great idea and the two almost got into a fight about it. And so they haven’t exactly minded when Leah tells them things about the other.

So there’s a lot of old feelings and mindset that’s playing a part is what supposed the best for Leah. And Leah comes across as a little girl that’s sadly confused about what she wants. She sometimes tells her mom that she couldn’t wait to be with her and sometimes she tells her dad that she doesn’t want to go over to her mom’s.

Thankfully, however, that’s not a problem that Maci has to deal with. Her son Bentley knows his mom is his primary caregiver and at most he goes out of his way to stop his mom from getting mad at his dad. Which was the case the last time his father had him.

Ryan had Bentley for a weekend and in that time he had been told that Maci and Taylor was secretly fixing up Bentley’s room as a surprise. So when she said it was a surprise, she just automatically assumed Ryan wouldn’t want to ruin it. Yet he did.

He told Bentley about the room and after he dropped his son off – Bentley made Maci and Taylor that wouldn’t be mad if he told them something. And then he told them he knew about the surprise.

And that’s just about burst their bubble. They want to work with Ryan but then he does things like that which upsets them and leaves them to wonder why they even bothered. So they were angry about that and what pushed them overboard was the fact Ryan also ended up missing Bentley’s first day of school.

Both Maci and Taylor believe Ryan should have taken a more active role in his son’s life and the fact he doesn’t makes them think Bentley doesn’t have to go over to his grandparents every weekend.

And on tonight’s episode of “Teen Mom OG”, Tyler faced a slight dilemma. Apparently he had been going back and forth about whether or not he should have a traditional bachelor party with strippers but if he does then he knows that’s going to upset Caitlynn. Whose been feeling especially emotionally lately.

So he has to decide if strippers worth upsetting his fiancée.