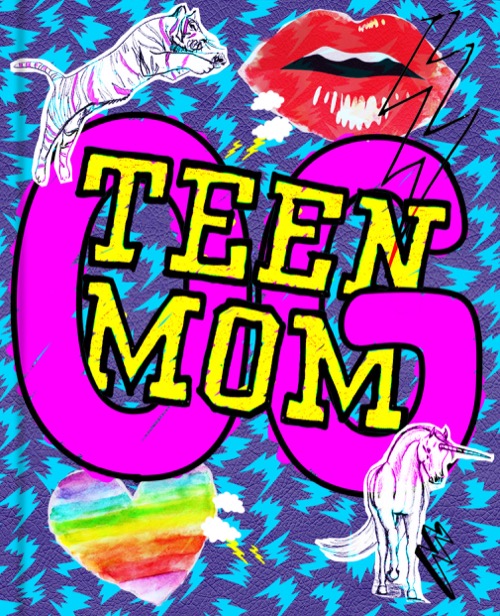 Tonight on MTV Teen Mom OG returns with an all-new Monday, September 26, 2016, episode and we have your Teen Mom OG recap below. On tonight’s Teen Mom OG Season 3 Episode 7, “The Long Road Home,”  Farrah Abraham moves to L.A., but continues to fight with Simon Saran.

On last week’s episode, Maci Bookout and Taylor second guessed their decision to have the wedding so soon. Did you watch the episode?  If you missed it we have a full and detailed Teen Mom OG recap from last week, right here!

On tonight’s episode of Teen Mom OG as per the MTV synopsis, “Maci Bookout’s daughter Jayde turns one and frets because Ryan’s not around for Bentley; and Farrah moves to L.A., but continues to fight with Simon. Tyler tells Catelynn something when she comes home.”

A few of the ladies were moving on tonight’s episode of “Teen Mom OG.” Apparently, both Farrah and Amber were moving into bigger places however just one of them was getting the support of her fiancée. So no surprise it was Farrah that had a problem with Simon. Though technically she also had a problem with her daughter Sophia. Sophia hadn’t wanted to move and actually asked her move to move and leave her at the old house so Farrah had a tough time convincing Sophia that the move would be good without bringing Simon into the picture. Simon had been the one that was supposed to pay for everything yet he exactly coughed up the money and he also owes Farrah money on top of that.

So Farrah has been feeling frustrated with Simon. She had mentioned to her mother how hard it was getting the house ready and so she had hoped that Simon would be able to offer some kind of assistance. However, Simon had showed up late on the day they should have been shopping for furniture and he also had bad news.

Simon had told Farrah in the car that the house wasn’t ready yet and that meant the stuff they were on their way to buy was going to have to be stored in the garage. And so, naturally, Farrah was upset. Farrah hadn’t wanted to put their new and nice things in the garage nor did she think it was good idea to store the refrigerator they were going to buy in there.

But Simon hadn’t been fazed and it appeared that he might have tuned out by then. So Farrah was the only feeling frustrated and she had no one to talk to. Amber on the other hand had Matt. Amber and Matt have been saving money so now that they were ready to move into a bigger place they had wanted to make a statement with it.

They said that people used to make fun of them on social media by saying they live in a dump and didn’t have any money so their new house was a way for them to laugh at all of their hates. And they wanted to do that by decking out their new place, that is much bigger than their last, with the very best they could buy.

Amber was excited about the move and she had wanted her daughter Leah to enjoy the new house as well. Leah had liked the idea of how big the house was because her seven-year-old mind had seen the house as a mansion, but Amber was worried about Leah spending half of her time with her.

Amber had said that she had gone through a very dark phase that sometimes meant she didn’t even want to leave her bed so that was constantly on her mind and she hadn’t wanted to repeat that with Leah spending more time with her. But Matt and the producer had reassured Amber that she the house could be a fresh start.

The producers and sometimes the cameraman often intervene when they see one of the women are going through a rough patch. However, no one could help Farrah and Simon. They had tried talking to Simon about his communication issues with Farrah, but he hadn’t wanted to hear it from them and he again he had gotten into a fight with Farrah.

Farrah had wanted to finish some of the stuff that they could do around the house so after she got her anger out of her system by yelling at her mother and calling Simon a scam artist – she had tried to feel better and Simon had gone to ruin that by leaving.

Simon just up and left without Farrah. So Farrah had to hear it from the guys that Simon had left the house and she then tried calling Simon for an explanation. Yet, all Simon could say was that he was tired. He apparently wanted a break from it all and also thought he should return to truck they were using to carry around their stuff. Farrah though thought he was stupid and repeatedly called him that on the phone before hanging up and telling everyone that was in the room that she was going to lock up her house and he could go elsewhere.

So Farrah’s relationship was imploding just as everyone else was finally getting the chance to celebrate. Amber had moved into a new house that her daughter loved, Catelynn had finally left treatment and was back home with her family, and Maci was about to have a baby. But everything wasn’t perfect for one of them and Maci being eight months pregnant wasn’t what was bothering. It was actually her ex Ryan that was upsetting her when she wasn’t that far from her due date. Ryan barely manages to be there for his son and that frustrates Maci because she wants her son to have his dad as part of his and grow up.

Ryan doesn’t make it to most of his son’s games, however, Maci managed to make it more than he does and she’s heavily pregnant. Though while Maci truly does want Ryan to step up, Ryan continues to act like a child and doesn’t even tell his parents what’s really going on. Ryan’s parents want him to talk to Maci and work out an agreement with her which would mean Bentley would spend more time with his dad. So Ryan could have told them that the option has always been there for him to spend more time with his son and that he just never took Maci up on the offer yet he was too much of kid to fess up to the truth.

And so nothing appears as if it’s going to change with that dynamic. However, Farrah says she’s serious when she told everyone that it was over with Simon. Farrah had said that he was toxic and that he always brings her down. So she’s done with him and everyone pretty much hope that she was done with him forever and not just for now.