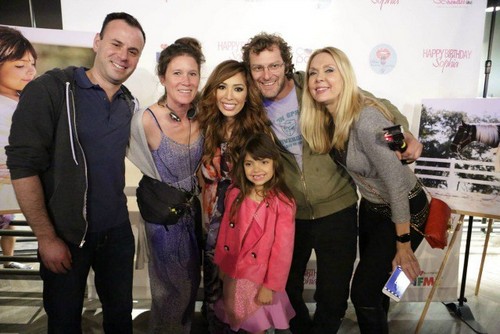 MTV’s reality show Teen Mom OG will be returning for Season 7! The reality show, which features the original cast of Teen Moms – Amber Portwood, Maci Bookout, Caitlynn Baltierra, and Farrah Abraham, just wrapped its sixth season. There were whispering that Farrah was out, again, and that the show might not go on. However, that is not the cast according to an all new report.

Real Mr. Housewife is exclusively reporting that MTV has renewed the reality TV show – and all four Teen Moms will be back in Season 7. The website’s inside sources revealed, “All of the women on the show will be back for season seven. MTV knows how successful this franchise and these ladies are and as long as the fans continue to be captivated by them, they will continue to tell these women’s stories.”

Farrah Abraham got in another fight (which turned physical) with the producers and camera crew while she was filming Teen Mom – but it looks like they worked out their issues, because the MTV camera crew was at her daughter Sophia’s recent birthday party. The scenes that they filmed will be airing in season 7.

Of course, Teen Mom OG Maci Bookout just confirmed that she is pregnant with baby number three on social media last week – Season 7 will no doubt follow her pregnancy and the birth of her newest addition to her family. As for Caitlynn and Amber, they both also have some pretty interesting storylines going on. There’s never a dull day in the Baltierra Family – and Amber’s much older boyfriend seems to be a magnet for scandals.

So Teen Mom OG fans, are you as excited as we are to hear that the cast is filming another season? Will you be tuning in to the show on MTV? Share your thoughts in the comment section below!