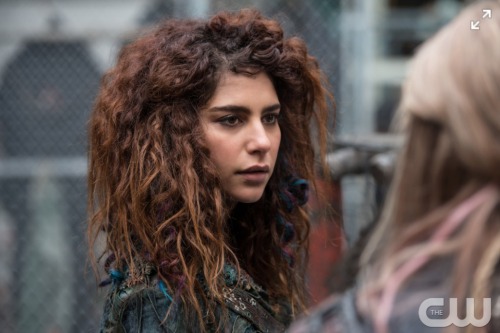 ‘The 100’ spoilers include confirmation of Luna’s [Nadia Hilker] return. Showrunner Jason Rothenberg teases that the first scene of season 4 will be insane and will introduce new characters fans will either love or hate.

At the show’s panel discussion during Comic-Con 2016 in San Diego the executive producer and writers were very tight-lipped about Luna’s storyline. Luna could turn out to be an ally or the controversial character could be a foe.

Other ‘The 100’ spoilers for season 4 coming out of Comic Con 2016 is clarification that there will be no time jump from season 3. What this means for viewers is that Clarke [Eliza Taylor] will be in mourning following the death of Lexa [Alycia Debnam-Carey]. Octavia’s [Marie Avgeropoulos] descent into darkness and rage over Lincoln’s [Ricky Whittle’s] death will continue.

‘The 100’ spoilers for season 4 still have many storylines up in the air. Lexa’s death obviously means someone must step up and take over where Alexa left off. ‘The 100’ spoilers tease that Luna, as a Nightblood, could be the one who will take Lexa’s place.

Executive producer Jason Rothenberg’s teaser about the premiere episode being insane could mean ‘The 100’ viewers will find out exactly that – Luna has taken up Lexa’s post. However, this storyline for the premiere episode could infuriate fans who are still mourning Lexa’s death.

The insane part of the first scene in the first episode of the fourth season of ‘The 100’ could be that Bellamy Blake [Bob Morely] won’t survive a nuclear disaster apocalypse. Showrunner Rothenberg revealed, “The question of ‘The 100’ is ‘how far will you go to save your people?’ And season four is another chapter in the growing stothery.”