The Bachelor 2016 Recap – Jade Roper and Tanner Tolbert Wedding: “The Bachelor at 20: A Celebration of Love” 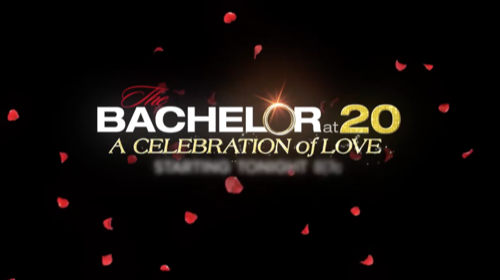 The Bachelor 2016 airs on ABC this evening with an all new Sunday February 14 season 20 special episode and we have your weekly recap below. On tonight’s episode, a celebration of 20 seasons of happiness, heartbreak and hijinks includes the largest group of “Bachelor” alumni ever gathered, updates on fan favorite couples, and the wedding of Jade Roper and Tanner Tolbert. Seal performs at the wedding reception.

On the last episode, the tension was palpable as Ben faces off with Olivia about her bad behavior. The other women were relieved, but will Ben gave her a rose or send her home? After the rose ceremony, the remaining women were off to the tropical, romantic Bahamas. On the one-on-one date, the lucky bachelorette was reticent to open up with Ben, confusing him even more about their potential future together. Did you watch the last season’s finale? If you missed it, we have a full and detailed recap right here for you.

On tonight’s show as per the ABC synopsis, “romance is definitely in the air as we take a look back at 20 seasons of “The Bachelor” and the fantasy of love – as well as the rollercoaster ride of falling in love.

Viewers will catch up with some of their favorite Bachelors and Bachelor couples of all time and discover how these love stories have continued long after their final rose ceremonies. Then, Bachelor Nation is invited to another wedding, as Jade Roper and Tanner Tolbert, the newest sweethearts, tie the knot when Chris Harrison hosts the two-hour special.”

In honor of Valentine’s Day and the 20th anniversary of The Bachelor, ABC is airing a special, “The Bachelor At 20: A Celebration Of Love.” Tonight’s special kicks off at the St. Regis Monarch with Chris Harrison – he announces that they are kicking off the single largest gathering of Bachelor and Bachelorette alums in Bachelor history, followed by another nationally televised Bachelor wedding.

The party has already kicked off and there are some familiar faces arriving at the St. Regis like Ali Fedotowsky (Season 6 Bachelorette), Ryan and Trista Sutter (Season 1 Bachelorette), Michelle Money Season 15 of The Bachelor), Chris Soules (Season 19 Bachelor), and current Bachelor Ben Higgins.

Clare Crawley and Michelle Money begin mingling and checking out the new “fresh meat” in the Bachelor family. Chris Soules is thrilled by all of the single women in one room and he is still optimistic that he could find a wife. Ashley Iaconetti is flirting with Jared Haibon – of course – she thinks that he might finally make his move tonight, since it’s a wedding and an open bar.

Chris Harrison grabs Season 1 Bachelorette Trista and her husband Ryan Sutter to chat – they reminisce about renewing their vows last year, and how huge of an event it was. Ryan gushes that he thinks they give other couples hope that you really can find love – and they are living proof that The Bachelor and The Bachelorette are very real, and the process works.

The next familiar face to stop at the party and chat with Chris Harrison is Season 19 Bachelor is Chris Soules. Chris Soules is excited to see some of the women from his season – and to see that they have moved on and are doing well for themselves. Chris Harrison jokes that he is going to help Chris Soules find a wife just yet, there is still time. Chris Soules reminisces about his season and says that by far his worst date was the 2-on-1 date in the Badlands with sobbing Ashley and crazy Kelsey.

While the guests start taking their seats for Bachelor In Paradise alums Jade and Tanner’s wedding – Chris Harrison begins counting down some of the most memorable and scandalous moments from Bachelor history. Up first is of course is “Steamy Hot Tub Sessions” – Jason and Jillian are dubbed the #3 steamiest hot tub couple, Trista and Jason come in at a close second. The #1 hot tub session goes to Chris Soules, Kaitlyn Bristowe, and their third wheel Jimmy Fallon.

The next segment is called “People You Love To Hate.” The #3 person that Bachelor fans love to hate is Michelle Money – she didn’t have too many friends on her season of The Bachelor. #2 goes to Tearra – who managed to fake like four injuries to get alone time with Sean Lowe. The #1 most hated cast member from The Bachelor is easily Kelsey Poe – who rubbed everyone the wrong way by talking about her deceased husband and having a fake panic attack.

Ashley Salter is the next Bachelor alum to stop and chat with Chris Harrison before the wedding – she reveals that she is engaged to be married (to someone that wasn’t on The Bachelor or Bachelor In Paradise) – and she is pregnant with a baby boy, very pregnant – he due date is just two months away. Once Chris and Ashley are done reminiscing about her time on The Bachelor – Chris Harrison shares a hilarious blooper rule of some of the funniest flubs from over the past twenty seasons.

Current Bachelor Ben Higgins gets cornered by Chris Harrison – Chris asks him about falling in love with not one but TWO women on the show. Ben says that it “wasn’t something that he expected,” he was just trying to be the best Bachelor that he could be and he never intended to fall in love with two people. Chris tells Ben that he is sure that it will all work out, and maybe some day they will all be gathered for Ben Higgins and his Season 20 winner’s wedding.

The Bachelor Season 9 cast member Erica Rose stops to chat with Chris Harrison before the wedding – she reveals that she too is engaged and pregnant. She jokes that she is having a shot-gun wedding, and she dated her fiancé for 8 weeks, just like they do on the Bachelor. Chris Harrison shares some clips from Backelor Pad – which Erica Rose was also a part of.

It’s finally time for Jade and Tanner’s wedding – everyone takes their seats and Chris Harrison heads to the altar since he will be officiating. Matt Nathanson sings as the wedding party begins making their way down the aisle.

Everyone rises while Jade’s father walks her down the aisle to Tanner and Chris Harrison. Chris Harrison officiates like a pro, and of course credits their holy union to Bachelor In Paradise. Chris goes on about Jade and Tanner “sweating profusely while they were together in Mexico.” Chris makes sure that there is no one in the crowd that objects to the wedding, and then Tanner and Jade say their vows.

Jade’s former Bachelor contestant Carly Waddell sings a song that she wrote herself about Jade and Tanner. Next Jade and Tanner exchange their wedding rings. Chris Harrison pronounces Jade and Tanner officially “husband and wife” and they share their first kiss as a married couple while the crowd cheers them on.

Now that Jade and Tanner are officially married – it’s time to kick off the big reception, with all of the former Bachelor and Bachelorette stars. Jade and Tanner share their first dance and Seal arrives to serenade them. The drinks start flowing, and the single men and women start mingling – Ali Fedotowsky jokes that “you never know what might happen.”

Outside, Ashley is once again trying to get Jared to make a move, but he completely friendzones her and raves about how great of a friend she is. An episode of The Bachelor wouldn’t be complete without Ashley I. sobbing in to the camera at the end of it.