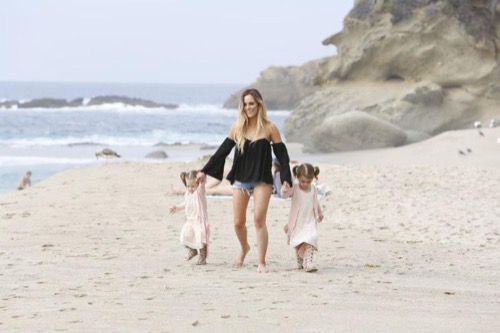 The Bachelor 2016 airs on ABC this evening with an all new Monday February 22 season 20 episode 8 and we have your weekly recap below. On tonight’s episode, Ben goes on hometown dates to meet the families of the final four ladies. One family question the certainty of Ben’s feelings and bring him to tears, and a concerned dad grills Ben at another home. One bachelorette is blindsided by something very unexpected.

On the last episode, Ben’s hometown of Warsaw, IN rolled out the red carpet for him and the remaining six women. This visit will gave the ladies a little insight into who Ben was and what a future with the Bachelor might be like. Did you watch the last season’s finale? If you missed it, we have a full and detailed recap right here for you.

On tonight’s show as per the ABC synopsis, “the stakes are high as Ben crisscrosses the country on an exciting, emotionally charged journey to visit the final four women’s hometowns. Ben travels to Orange County, CA to meet Amanda, the single mother with two adorable little girls, but her concerned parents wonder if he is ready to be an immediate full-time dad. Lauren B. shows Ben around her hometown of Portland, OR, but he must face serious questions from her sister.

Caila shares some places with Ben that she holds near and dear to her in Hudson, OH; however, her father subjects the Bachelor to a grilling to see if he is worthy of his daughter. Finally, Ben is off to Dallas to meet Jo Jo, only to find her in tears as an unexpected surprise threatens to derail their romance. Ben must make a gut-wrenching decision to narrow the field to three women. Will one of them be his wife?”

Tonight’s episode of The Bachelor kicks off in Orange County, California – Ben Higgins is down to his final four: Amanda, Lauren, Caila, and Jojo. And, it’s time for hometown dates! His first hometown will be in Laguna Beach with Amanda – she rushes to meet him at the beach, and jumps in to his arms. Ben and Amanda are taking a huge step in their relationship today – Amanda is going to introduce Ben to her two daughters.

Amanda’s moms bring her daughters down to the beach – and it’s the first time that Amanda has saw them since she left to start the show. After an emotional greeting, Amanda introduces her two daughters to Ben and they don’t waste any time bonding with Ben, the 2 year old Charlie even lets Ben carry her around the beach. Amanda is thrilled that her kids are warming up to Ben.

After their afternoon at the beach, Amanda takes Ben to introduce him to the rest of her family – her mom, dad, and her sister. Amanda’s kids are cranky, Ben explains that they had a long day and they were playing on the beach all day. Amanda takes Charlie to put her down for a nap, and Ben joins her. While they are gone, Amanda’s Dad explains to her mom that he isn’t sure Ben is ready for kids.

Amanda’s mom Michelle thinks that Ben will be a good dad, she just isn’t sure if he is ready to be an instant dad. Michelle sets down with Ben to have a heart to heart with him about the responsibilities that come alone with dating Amanda. Ben raves about how much he enjoyed the day with Amanda and the kids – Michelle stresses that not every day with two little kids is fun on the beach – there are responsibilities entailed.

Ben has a similar conversation with Amanda’s dad Matt – he wants to know what Ben’s intentions are with his daughter. Amanda’s Dad is very protective of Amanda and her daughters, he doesn’t want Ben to make a commitment to her and then back out after the fact because he is owerwhelmed by becoming an instant dad. Amanda’s Dad’s speech worked – Ben is starting to second guess whether or not he wants a whole family. However, Amanda is smitten with Ben, and confesses that she is falling in love with him and thinks that he would be a great dad to her kids.

Now it’s time for Lauren Bushnell’s hometown date in Portland, Oregon. The Bachelor arrives and Lauren gives him a tour of downtown – they take a walk through the city square and then they stop to grab a bite to eat at the rows of food trucks. There is one more place the Lauren wants to take Ben to before he meets her family. They head in to a shop called the “Whiskey Library.” It’s a very romantic setting, they sit on a sofa and sip whiskey in front of the fireplace.

After their day in Portland, Lauren takes Ben to her parents’ house to meet her parents Kristen and Dave, her little brother and sisters, and the family’s dog Tessa. Lauren’s sister Molly corners Ben and wants to know how serious he is about her – Ben is obviously a bit bamboozled by Molly and her attack of questions, he gets teary eyed and shed a few tears.

Even after she made Ben cry, Lauren’s sister is still skeptical, she just doesn’t want to see her sister get hurt. Lauren confesses to Molly that she is in love with Ben and she plans on telling him that after he is done talking to her parents. Molly gives Lauren her blessing – she really likes Ben, she just hope Lauren gets the happy ending that she deserves. Lauren has a similar chat with her dad Dave, he warns Lauren not to get too attached because there are still three more women in the game and she might not get the final rose at the end of this.

Ben Higgins travels to Hudson, Ohio for his next hometown date with Caila Quin. Caila meets up with him in town, and they go for a walk in the park. The last time they saw each other it was a little awkward, and Caila was unclear about her feelings for Ben – she just wants to start fresh with him today and let him know that her feelings are real. Caila has a special treat for Ben – they design their dream house together, and then build it at the toy factory.

After their fun-filled afternoon at the toy factory – Caila takes Ben home to meet her parents, and her little brother. Caila’s mother is from the Phillippines, and she has prepared authentic Filipino food their dinner together. Caila’s father jokingly warns Ben that marrying a Filipino woman is a big deal, and he has to be prepared to marry in to a Filipino family and community.

Ben and Caila’s mother Rosanna have a heart to heart with each other about his relationship with her daughter. Rosanna explains that Caila has been looking for the right person or a long time, and she has very high standards, it’s a huge deal that Caila is falling for Ben. Meanwhile, Caila is chatting with her Dad – and he is skeptical about The Bachelor process. Caila starts crying and gets emotional – she tells her dad that “this is really it” and she knows that Ben is the man for her. Caila tells her mother Rosanna that she is definitely in love with Ben Higgins. Her parents seem to support her relationship and over all Caila’s hometown date goes smoothly.

Now it is time for Ben Higgins’ fourth and final hometown date – he travels to Jojo’s hometown to meet her, but when he arrives she is a hot mess because she just got a bouquet of flowers and a long letter from her ex-boyfriend Chad. Chad and Jojo’s relationship obviously didn’t end on good terms. She calls her ex Chad after she reads his letter and they argue over whether or not he is really in love with her, Ben’s car pulls up outside of Jojo’s house while she is on the phone.

Ben knocks on Jojo’s door – she answers the door in tears, Ben can tell that something is going on with her. Jojo jokes, “Welcome To Dallas.” Jojo explains that she just got a letter from her ex-boyfriend Chad, she tells Ben that she called him and told him that it was over and she is moving on with Ben. Jojo reassures Ben that she doesn’t have feelings for her ex and he has nothing to worry about. Ben is a bit skeptical – but he thanks Jojo for calling her ex and letting him know that she is no longer available.

After their emotional afternoon, Jojo takes Ben to her house and introduces him to her parents and her siblings. They sit down for dinner and Jojo’s mom starts questioning them about their relationship. Jojo’s brothers are not really fans Of Ben – they are extremely over protective of Jojo and they don’t think that Ben is good enough for her.

Ben heads outside to have a heart to heart with Jojo’s brothers. They want to know if Ben is going to break Jojo’s heart or make her really happy and propose to her. Ben of course can’t tell them that, he tried to explain that Jojo means a lot to him and his feelings for her are very real – but they don’t seem too supportive. Meanwhile, Jojo is in the other room talking to her mom. She cries to her mom that she is in love with Ben and she doesn’t want to get her heart broken.

Jojo’s dad isn’t much more thrilled about Jojo and Ben’s relationship than her brothers are. Meanwhile, Jojo’s brothers corner her and tell her that she sounds ridiculous – she can’t be in love with someone that she has only gone on two dates with. They warn her to keep her guard up, they know that she is falling hard and they think that Jojo is selling herself short.

Jojo is a hot mess – and it is definitely not helping that her brothers tell her that she is obviously more in to Ben than he is in to her. They confront Ben in the kitchen and accuse him of leading Jojo on. Ben tries to reassure them that his feelings for Jojo are real. Things get a little tense in the kitchen when they accuse Ben of brainwashing Jojo and being coached what to say to the women by the producers. Ben and Jojo’s brothers finally come to some sort of understanding – and they call it a night, Jojo walks Ben out to his car and they say their goodbyes.

Now, it’s time for the highly anticipated rose ceremony to find out who Ben’s final three will be. Amanda, Caila, Lauren, and Jojo line up and wait for The Bachelor. Ben arrives and passes out roses to Caila, Lauren, and Jojo. Amanda did not get a rose and that means she is officially eliminated from Season 20.