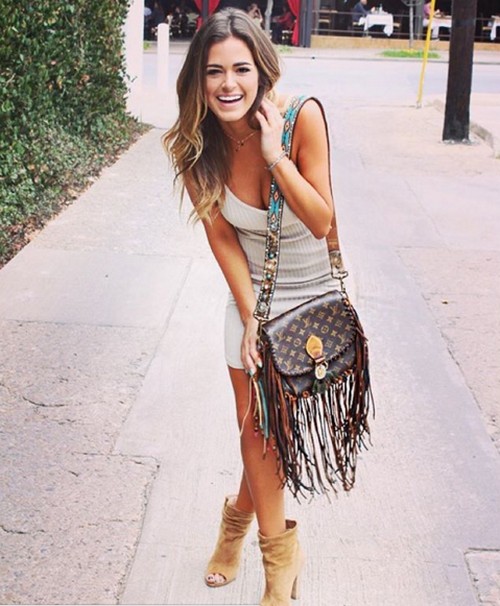 Despite the fact that Ben told both Lauren B. and Jojo Fletcher that he was in love with them during their Fantasy Suite Dates, Ben sent Jojo home broken hearted and gave Lauren B. a Neil Lane engagement ring.

Lauren Bushnell might be engaged to Ben Higgins right now, but according to The Bachelor 2016 spoilers – the odds of them getting married and saying their “I Do’s” are slim to none. At this point it would be a miracle if there was even a wedding. Sure, Lauren and Ben make a super cute couple – but sources say that it is becoming increasingly clear that Ben Higgins gave the final rose to the wrong woman, and he can’t let go of Jojo Fletcher.

Ben Higgins did not want to dump Jojo Fletcher OR Lauren Bushnell during the final rose ceremony – too bad The Bachelor couldn’t do a “Sister Wives” cross-over. Promo videos for the Season 20 finale show Ben Higgins hemming and hawing right before the final rose ceremony, rumor has it he changed his mind over 3 times that day about who he was proposing to, because he was in love with both Fletcher and Bushnell.

At the end of the day The Bachelor 2016 spoilers tease that Ben finally decided to propose to Lauren, and send Jojo home – a decision he full-heartedly regrets, and made ultimately because his mother pressured him to make Lauren Bushnell the one who won. In actuality, if it weren’t for his family’s interference, Ben would be engaged to Jojo right now.

Of course, the fact that Ben is still in love with Jojo is only half of the new couple’s problem. Lauren Bushnell is reportedly furious now that she is seeing the season play out on ABC. The Portland native had no idea that Ben was telling other women that he was in love with them too, or that she came SO close to not getting an engagement ring.

Lauren thought the entire season that she and Ben were in the bag – so to learn that he was telling another girl the exact same things he was telling her, has her questioning the basis of their entire relationship.

What do you think Bachelor fans? Will ben and Lauren ever get married? Or will they join the lengthy list of Bachelor break-ups? Let us know what you think in the comments below and don’t forget to check CDL for all of your Bachelor 2016 spoilers, recaps and news.